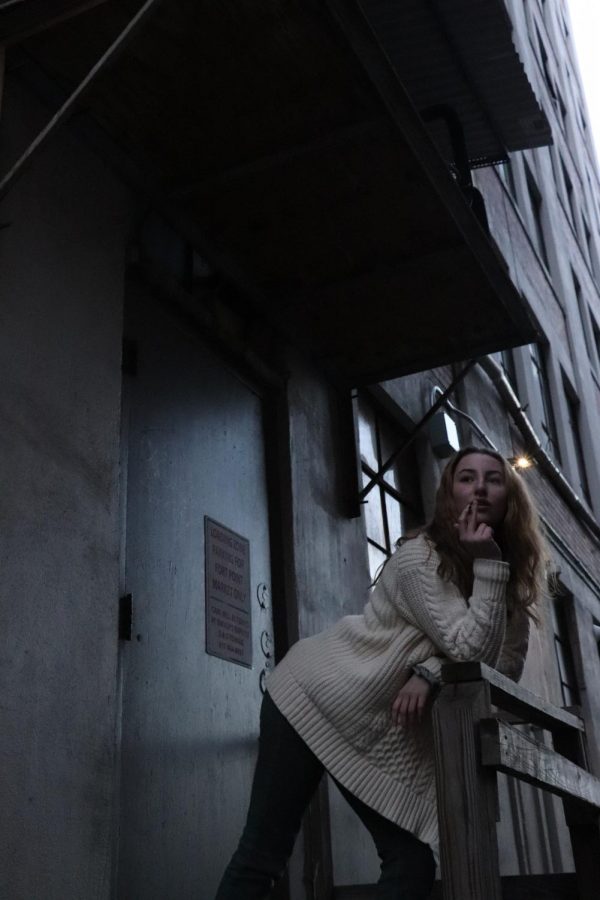 This is a journal from an assignment in CRLS’ Immersion Journalism class. Fizza’s entire blog can be viewed here.

For the beginning of the period of each day, I tried to keep my eyes opened and focused on something. The only thing going through my mind was, “focus on the experiment, don’t do anything, do nothing”. I looked at the ground, focusing on how detailed it was with its many dots and kind of made images with what I could see in the ground. I tried to avoid it by looking at my desk instead but it also had details and I would do the same as well. Majority of what I could see in these little dots were various types of animals. No matter the type or the breed, I just saw lions, panthers and house cats. I just saw parrots, owls and pigeons. I just saw elephants, rhinos and many other animals I can’t even remember. Sometimes I would see arms or hands, or some kind of body part relating to humans and sometimes they somehow connect to an animal, which I am really confused by. Afterwards, I was starting to get droopy. I tried to keep myself awake, or at least keep my eyes opened. When my eyes closed, I basically fell asleep, but I did have some kind of dreams that at the moment is a bit foggy and don’t really make sense but did occur. I had different dreams, some with my friends, others with my family, even a few with my favorite band, and maybe like one or two that had these combined. I don’t know if I would count these as dreams, or maybe fantasies or just little snippets of scenes or a story I made up. Majority of what I thought of could be considered some type of story as I don’t think anything I thought of was really true or could ever happen. I think it was my way of keeping myself occupied or entertained. Overall, I think it was kind of easy doing nothing, or at least for the time where I was awake it was easy. For each day, I kind of started out slow where my thoughts would be saying not to do anything. But when I just stopped having those thoughts and just focused on somewhere to look at is when I started to have thoughts and images going around in my brain. For the majority of the time, I just let my thoughts happen and didn’t really control them for the most part, and it worked out for me. Now I just want to figure out what those thoughts might mean.