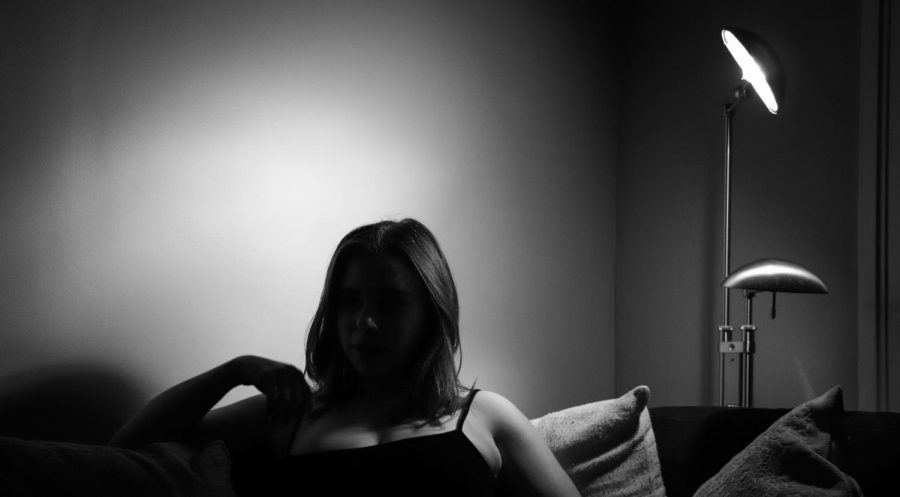 Transparency was the umbrella’s most obvious characteristic—a glossy plastic hemisphere that caught the raindrops and glimmer of the streetlights as if it were fluid itself. Such was a unique quality of the material, to have the ability to take on the appearance of whatever was nearby.

The thin layers of polyolefin, bound into a sheet and draped over a spidery frame, were so transparent that the umbrella existed merely as a portal to a different world—one that was separated from the clouds by the plastic sheath and a film of raindrops.

There is a figure beneath– bony hands clutching at the silver handle as the wind plays with their grip.

The breeze shifts back and forth, drawing the cold rain in a myriad of directions as the damp looks for a way to climb beneath the umbrella’s protective layer.

A car passes, magnetic repulsors mere inches from the curb. Thin trails of water leap from the street, and the hand bends sideways to halt the onslaught with the umbrella. Water meets plastic in a soundless explosion, clogging the view with new droplets– droplets that reflect the glowing billboards across the street. Glyphs clamber along the screen’s surfaces, spelling out tales of distant war and air raids that are almost impossible to imagine.

The umbrella is lowered for a second, to better observe the displays, and in that moment, the playful wind returns with a vengeance and tears the umbrella away from the hand. It tumbles through the air like a toy, dancing across the wide street before touching a puddle on the opposite side.

Legs push against the curb.

Lights swirl from the cars, too fast to stop and too busy to care. But the figure reaches the other side, on a walkway identical to the first.

The umbrella is in the air again, twirled briefly to clear it of the rain before it returns to its designated spot, hovering just overhead, to protect the figure from falling droplets. A new sight is visible now, a block away. A domed structure. Glass. Warmth.

The legs are moving again, leaping over puddles this time, with the umbrella bouncing all the way. As the complex solidifies amidst the city’s haze, faint shapes can be seen inside, flitting among the artificial trees like the newly metamorphosed insects that they are.

It is a meaningless sight, in a city where heads are kept low and the umbrellas that surround the figure are as dark as the night sky. But it is a sight nevertheless, and it means refuge from the rain. Doors open and an umbrella enters, followed by a hand and a purple raincoat, all dripping wet; the downpour has increased. A faint whirring noise can be heard overhead—either the new jet planes or the dome’s ventilation system.

Butterflies move freely beyond the second set of doors, perched on plastic leaves or soaring over the holographic waterfall. They are realer than the trees, than the polymer grass and transparent umbrellas. They are natural. Tangible.
The whirring sound is louder now, and the umbrella’s droplets refract the light through the dome overhead, as if through a second umbrella. They are moving lights, pulsing blue and white with the colors of the enemy, with the soft red of warning indicators, with the same patterns of flags so many miles away in a war long decided.

There are new lights now—tiny droplets of their own that soar alongside the rain, burning with the glow of a million fires, each shimmering in the rain.

The air screams as the dome evaporates into nothingness, suddenly opaque and aflame, and the figure is flung against the crumbling trunk of a nearby tree. The umbrella is torn, however—a transparent shield, covering the girl’s face as if to protect her from the fires that now burn everywhere.

The bombs are falling again, and among them, smaller lights—droplets, of sorts. Each one writhing in the air for the briefest moment before crumbling, like something impossibly beautiful finally taking flight.
Through the umbrella’s tattered shroud, the butterflies burn as they fall from the sky.