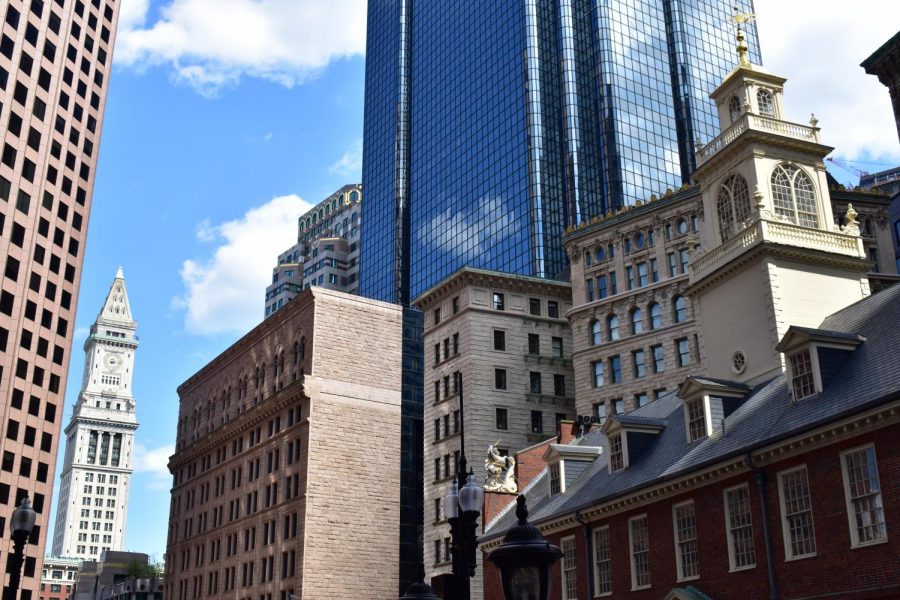 The Town That Once Was Boston

The day was cool, calm, and humid. Water in between the bricks of the sidewalk reflected a soft, beaming sunlight as if it had just rained. Maybe it had, I couldn’t say for sure.

It had taken me about a day to get here. Few buses still ran this far East, and I had to walk the last few miles because my taxi driver refused to go any further.

Now that I was here, the damage felt surreal. Could this really be the way the world was? Little threads of memory unraveled as I walked through the yard, my rainboots sinking a little into the mud. I’d grown up here. But what lay before me was just a carcass, and empty shell of my former home. It was the town that once had been Boston.

Upon entering Harvard Square, I found that I was absolutely alone. Technically, nobody had been allowed to live here after the mayor called for evacuation, but I knew that a few stragglers had stayed in the South End, living in abandoned brownstones.

“Hello?” I called out, hoping that another person might answer. I didn’t know if I could really do this alone. I should’ve asked my sister to come along.

But there was no reply, and I slung my backpack over one shoulder and walked slowly to the crowning jewel of my drowned metropolis: the Harvard Square Station.

I stared at the entrance way, hoping that something would be made clear, that I could find a solvent for all of my worries. But nothing happened, and the red line remained as it was. I took a breath and walked down the first flight of stairs.

I remember living here, you know. My sister was too young when we left to really understand what was going on, but I was ten by the time of the evacuation. April 11th, 2053. Everything was fine before that day.

I remember taking the red line to school each morning with my mother. She’d hold my hand as we got on the train and make sure that I never left my backpack unzipped, always trying to keep me safe.

I remember playing in Harvard Yard on the weekends, and riding my bike along the Charles every Sunday. What a dream I had been living, filled with ice cream and bookstores and little red ribbons at the end of my braids.

A splash caught my attention and brought me back to what was right in front of me. It was a terrifying sight, really. The station was completely flooded, the water stretching to the top few steps of the second staircase.

Letting out a sigh, I set down the bag I’d been carrying and open it up. I took the folded wetsuit out and set it on the musty tile, placing my flippers on top of them and my camera just to the side.

Once changed, I picked up the camera and took a deep breath before wading down the steps.

The water was surprisingly cold, and my stomach rolled over as I began to swim. Bits and pieces of debris floated in the water. I paused to tread and take a picture of a lonely CharlieCard. My editor would like that one, I thought. It’d probably make the paper.

Kicking with just enough force, I propelled myself over the ticket gates to the inbound platform. There sat a train, the doors open, hoping to feel the presence of a passenger once more.

I barely registered the clicks my camera was making as I stared inside of the train car. How could this have happened? How could my home, the center of the universe, the place I lived and breathed for a decade, be so completely destroyed?

In just forty-five years this city had completely transformed itself. The Charles had started to creep closer, and the train tunnels grew leakier until the MBTA decided to abandon all maintenance projects. Why didn’t anyone do anything? Why didn’t I do anything?

The thought hit me square in the head and I nearly stopped kicking. I swam over to the train car and sat on top of it to take a rest.

I knew that by the time I was came around, nothing could have been done to prevent the sinking of my city. It was too late. But Mom, she used to tell me stories about how her generation hadn’t done enough to stop the damage. They had the science back then to know what they were doing to the planet, yet they still harmed it so. Mom said that I shouldn’t feel bad about having to leave, that it wasn’t my fault.

But there I was, in the town that once was Boston, the weight of the entire disaster pressing onto my chest, refusing to let me breathe.

Why didn’t we stop this?