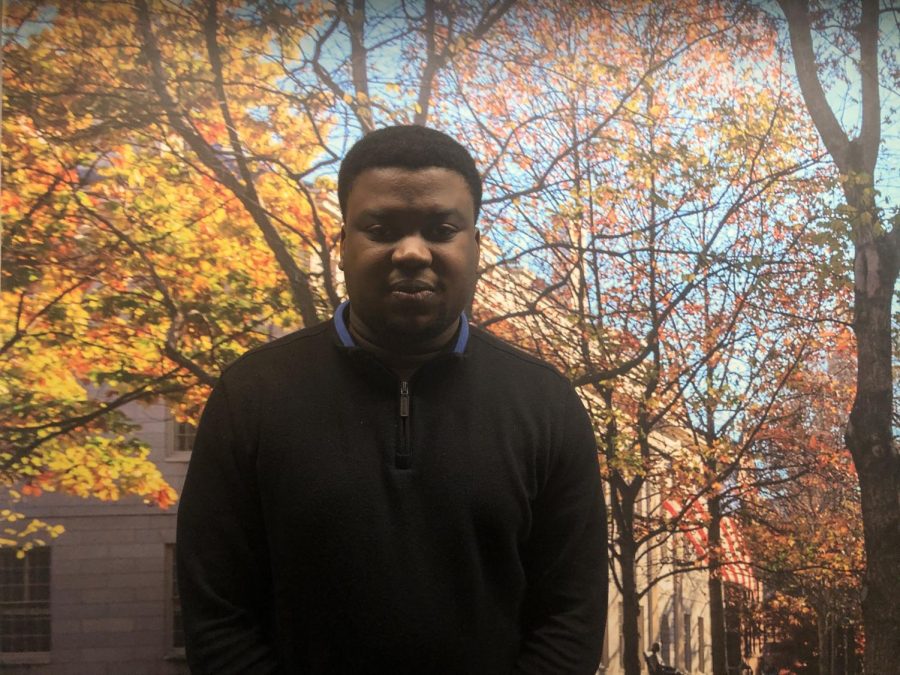 Register Forum: What would you say distinguishes you from the other ten candidates in the race?

Elechi Kadete: In this race, I bring a unique skill set. I’m a current financial analyst for the Harvard Office of Technology Development. Before that, I was a grants administrator for WGBH. And this is important because one of the most critical duties of the School Committee is the budget, which is currently over 20 million dollars and rising, and we’re spending over 25k per pupil.

RF: How can the School Committee become more effective?

EK: I think the School Committee can become more effective if first of all, if we really take a look at the budget and really target our spending. We have persistent achievement gaps and I believe that we should be targeting our resources towards programs proven to help close that.

RF: What are some of those programs?

EK: For example, expanding early education opportunities. We currently have over five hundred children on the Pre-K waiting list, and that’s detrimental to families who can’t shell out 30 to 40k per year to send their child to private pre-Kindergarten programs.

RF: What specifically do you want to do to expand those opportunities?

EK: A few things I would do to expand early education opportunities is, for example, try to find more space. But if space is the issue, Volpe is one of the biggest developers in Cambridge, associated with MIT, and when they were working on a development, bringing up a major building, one thing that was asked was “How come you didn’t consider putting an early education center?” And they said when we were negotiating community benefits, no one ever asked us. We didn’t know this was a need. So something like that, working with the councilors to make sure that when developers are coming in, that as part of community benefits, how about you allocate some space for us or contribute some funding for us to make some space for early education.

RF: Are there other programs other than early childhood?

EK: Absolutely. In Cambridge, it’s only in kindergarten that there are two teachers in every classroom. Beyond that, one teacher might be part-time or non-existent. Let’s put more teachers in classrooms. Paraprofessionals for example. Let’s make an emphasis on tutoring. One of my ideas is free tutoring for every child. Let’s make tutoring year-round. In the summers. Let’s just have the option for students. First of all, students enjoy summer. It’s time to get away from school. Let’s have an option for students who just want a little help.

RF: And that would be free for every student?

EK: Absolutely. Again, we have the resources.

RF: What do you see as a strength of the Cambridge Public Schools?

RF: How do you think we take advantage of that?

EK: By making education fair. Currently, if you look at the math literacy scores, in the third grade, less than half of black and Hispanic kids were able to read. On the other hand, more than 70 percent of white kids were able to read. The expectations are just so different. We have different expectations for different people and I don’t think that’s right. Take a look at the upper schools. In 2017, only 10% of black students were at math proficiency. 2018, only 30%. The target for 2020 was 25% as opposed to white students who were 2017 70%, 2018 77%, and the target for 2020 is 75%. It’s much different. Vastly different expectations for students who are all in the same school system.

RF: So would you want to see the target for African American and Hispanic students to be raised?

RF: Raise it to where? To the same level as the white students?

EK: I think we need to raise it across the board.

RF: Do you think the district is just being realistic and saying we just don’t think we can get this many more students to proficiency in this amount of time?

EK: There’s a few parts to this. If I was a member of the school administration, I would say we’re just being realistic. But as a person who’s running for School Committee and who’s also a minority, that statistic is embarrassing. And for me, you can argue you’re exceeding expectations, but why lower the goal post? Achieving 30 should be something that’s looked on as a great achievement and that we’re going to continue to challenge our teachers, and continue to have higher academic expectations for our students because what kind of message does that send to the students, the parents, what kind of message does that send to me?

RF: You would like to set the target for all students in math proficiency somewhere high, what if we set that target but students didn’t reach that?

EK: So I think the whole point in having high expectations and high academic standards for all students is that we’re showing our students that when you go through the Cambridge Public Schools, no matter who you are, no matter where you come from, we have academic expectations for you. When you look at this information, and then you look at the people it’s actually affecting, look at two students, for example, in the third grade. What kind of message are you sending them? It’s okay if more people who look like you fail. We’re comfortable with that. We accept that. That doesn’t sit well with me.

RF: What do you see as a challenge in the Cambridge Public Schools that the committee needs to address? You’ve talked about the achievement gap—do you think that’s the biggest one, are there others?

EK: One thing that is not talked about is students who are uninterested in sitting in classrooms. I don’t think it’s fair that students at the extension school cannot do RSTA. RSTA would be a great program for students. There’s a certain population—we’re seeing it now more than ever in sophomore year of high school—most students don’t want to be in classrooms. They are thinking we’ll have two more years and then I’ll have to go to college for four years and pay for it. So connecting them to opportunities that they have around. I was at an event this past week. MIT has created a program to try to engage people in the community.

RF: What specifically do you mean by engaging them in the community?

EK: What happens is a lot of them receive offers from maybe some not so positive places and end up getting in trouble to make money in the short run but then they ruin their lives for the long run. For those students, I want to make sure we pair them with programs like the Job Connector, the Job Connector is a program that MIT just initiated, it’s in Area 4 area because a lot of people in the Area 4 community don’t feel connected to MIT even though MIT is literally across the street. So MIT is reaching out to say we have these opportunities, for example, trades, or just other jobs that we can get you trained [for] right now. Because the fact is, college isn’t for everybody. You can work a trade and make good money and have good benefits without having the burden of student loan debt.

RF: I see that one of your priorities is to give all students free lunch. In your view, why is this an important policy?

EK: Let me give you an example. If you have a certain household, with say two parents and a certain amount of kids, and the overall income in that house is 40,000 dollars a year, you qualify for reduced lunch. If you have that same situation and the total income is 40,000 and one cent, you don’t qualify for reduced lunch. I believe that in Cambridge, we have the resources to expand the lunch program to make it inclusive to all our students. And the fact is, that the face of hunger isn’t always apparent. And welfare students aren’t ____ students. I don’t want students falling behind because they’re not eating.

RF: If this policy were implemented, wouldn’t the school district be paying for the lunches of students whose families could afford to pay for lunch?

EK: I don’t believe we should be segregating students based on income. That’s part of the problem. Another thing is that question—I don’t want to judge people’s abilities. Just because someone has a certain amount of money, you don’t know what their expenses are. Everyone has different expenses. You have to factor that in.

EK: It’s impacted me a lot. I’ve sat in the classrooms. One reason why I am running is that many of the issues that were present when I was a student, still exist. I’ve seen them first hand, the achievement gap, the low expectations for certain students, the teacher struggling to teach because they have a classroom full of students with different abilities and a teacher lacking support.

RF: You ran in the last School Committee election, correct? Do you feel like you are in a different position to run now? Have you changed since then? What impact has that experience had on this race?

EK: I ran in the last three School Committee elections. I started running when I was, I want to say 21. What happened was I came back from school, I had just graduated, I went to Brandeis and one of the pillars of Brandeis is social justice, right?

And so I come back, and even my friends who are on the higher income, they’re not even doing well. But they have the resources to prop them up, so that even though they’re not doing well, it doesn’t really affect them as much as someone who doesn’t have the means. I just said to myself, this is such an injustice, this is unacceptable, I had studied politics, and I decided to start running for office. And the funny thing is, although this is a public election, you have to be a resident, you have to be a certain age to run, a lot of people discouraged me, they said don’t run. But me, I’m very passionate and I just started running and building myself up. I ran in the last election. We had put up our best numbers in terms of getting votes last election but this time around, I’m more mature, I know more, I have professional people working with me. We’re doing things we’ve never done before. we’re really getting our message out there. We feel very good. We’re very confident.

This interview has been edited and condensed from two conversations.