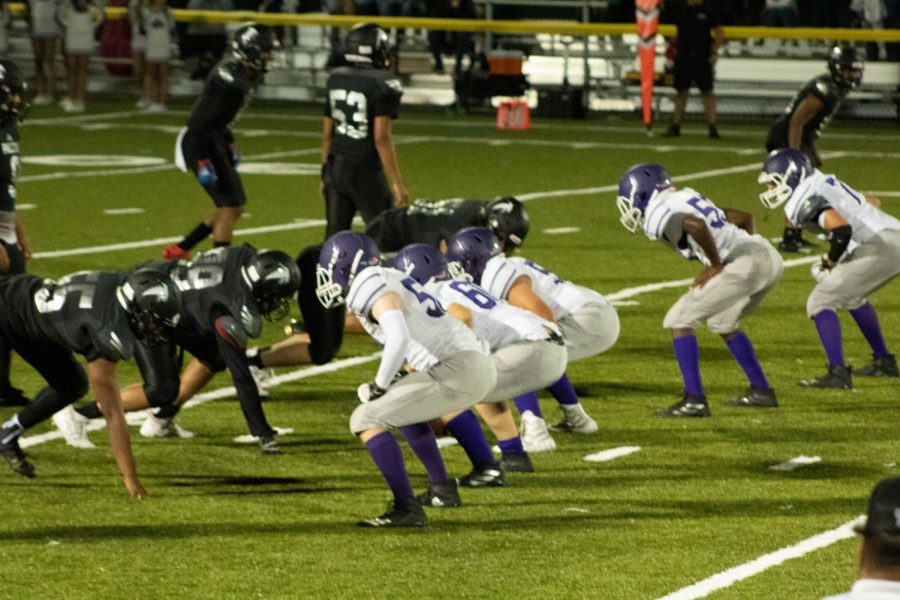 Following a disappointing season last year, the CRLS football team rebounded with a big win against Boston Latin School (BLS) on September 6th, starting their season 1-0. Cambridge put on a show in the annual Blackout tradition, emerging victorious in a 47-37 battle.

CRLS head coach Roy Howard was happy with the result of the game, but added, “It’s a work in progress. We[‘ve] just got to go back to the drawing board and put more work in.”

Scoring a staggering 47 points, the offense led the Falcons to victory. Their prolific night was headed by junior quarterback Ashur Carraha’s five-touchdown performance, with the help of two rushing touchdowns from running back Justin Nortelus ’21.

BLS started the scoring with a touchdown run early in the first quarter, but the CRLS offense answered with a Carraha touchdown pass to Junior Khalib Dottin. The defense forced BLS to punt with Junior Nick Oliviera-Chace’s huge sack on third down.

Carraha and Dottin led the team down the field again on the next possession, connecting for another long pass that was followed by a powerful run into the endzone by Nortelus and putting CRLS in the lead, 13-7. BLS responded with a touchdown of their own to re-take the lead before Moore-Pugh intercepted a Boston pass on defense. CRLS managed to score one more touchdown before the half, adding another Carraha touchdown pass with 35 seconds left before halftime. At the half, CRLS led BLS 19-15.

During the game at Russell Field, Cambridge was spurred on by the crowd of students, faculty, parents, and other loyal Cantabrigians in attendance, nearly filling the metal bleachers. One student at the game, Isaac Darien ’21, told the Register Forum, “Everybody was really excited for the first game of the year, and it seems like our team has gotten better from last year.”

Darien noticed that the team’s success in this game led to more enthusiasm in the crowd, especially during Moore-Pugh’s 57-yard touchdown catch: “During that one really long touchdown [the crowd] was super excited and hyped.”

CRLS picked up in the second half right where they had left off with a touchdown pass from Carraha to Brock.

Defensively, tackles by Oliviera-Chace and Brock on a crucial goal line stop forced BLS to turn the ball over on downs, setting up another offensive possession. The offense took full advantage, and Moore-Pugh cashed in with a touchdown reception from Carraha. In the lead 33-15, the Falcons never looked back.

In the final quarter of the game, the teams traded blows. CRLS first scored on a reception by Brock and a rush by Nortelus, and BLS responded with two touchdowns of their own as Cambridge cruised to the finish.