Teaching Valuable Skills on and off the Field 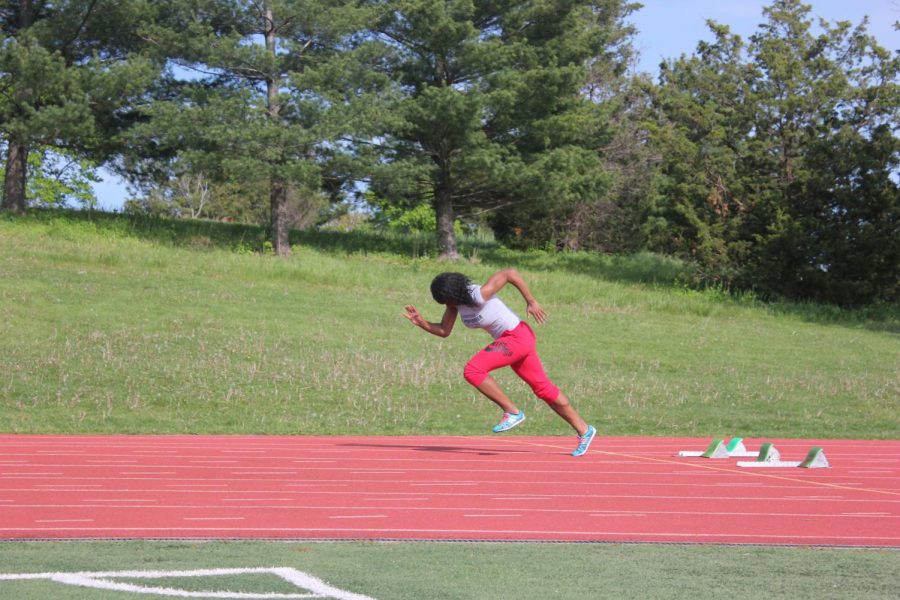 Sophie Wright '19 currently qualifies for States with her triple jump.

Outdoor track and field is a rigorous sport that is offered in the spring season at CRLS. Track is the word used to describe time-and-distance-based events such as sprints, long-distance, and hurdling, which are all won by the athlete who records the fastest time. Meanwhile, the field events—javelin, discus, and long/triple jump—are decided by the greatest distance that an athlete throws or jumps. Track is a sport that does not only teach running, conditioning, and techniques, but also mental skills that will last.

Practices are often physically taxing, yet no matter the difficulty of the workouts, athletes are expected to complete them fully and without fault. This expectation encourages perseverance, as it is the only thing that will get athletes progress. Another aspect of mental readiness track teaches is time management and independence. During meets, athletes are expected to start warming up, register for their events, and run their events by themselves, unlike other sports which are constantly supervised by coaches. This type of training aids athletes in taking responsibility for their own gain, which will last longer than the track season.

The head coach of CRLS track and field, Jamalh Prince ’88, attended CRLS for high school and managed to earn a full scholarship to run for the Boston College track and field team. When asked why track is important, Prince stressed the importance of “being in an activity that teaches you how to build community, decision making, coping skills, [and] how to manage stress and time.” Prince also stated that he wanted to start coaching track because he believes that it “helps others develop those skills which help you build character.” The other coaches for the team consist of Scott Cody, the long distance coach, the assistant coaches Jalen Bernard and Alex Kirby, as well as many other coaches who successfully continued their track careers into college.

The team, like other CRLS sports, competes in the highly competitive Dual County League. League meets are held on most Wednesdays and include all track and field events while invitationals are held on Saturdays. Despite being one of the smaller teams in the league this year, the team is still chock-full of skilled athletes. CRLS track boasts athletes who have placed highly in league, state, and even national competitions. A few of the highest-ranking athletes currently on the CRLS outdoor track and field team are Sophie Wright ’19, who runs the 400-meter hurdle in 66 seconds and has the state qualification distance for her 39.2-foot long triple jump. Long distance athletes, such as Antonio Escallón ’19 and Phoebe Smith ’20, participate in the long-distance events, with Escallón’s one-mile time at 4 minutes 25 seconds and Smith’s at 5 minutes 15 seconds. André Colas ’19 has an outstanding javelin throw of 150-feet and a high jump of 6’ 3’’.

Even though track is an individual sport, the team community is what keeps everyone motivated to do their best. The Outdoor Track team at CRLS is a consistent, hard working team that continually produces exemplary athletes.