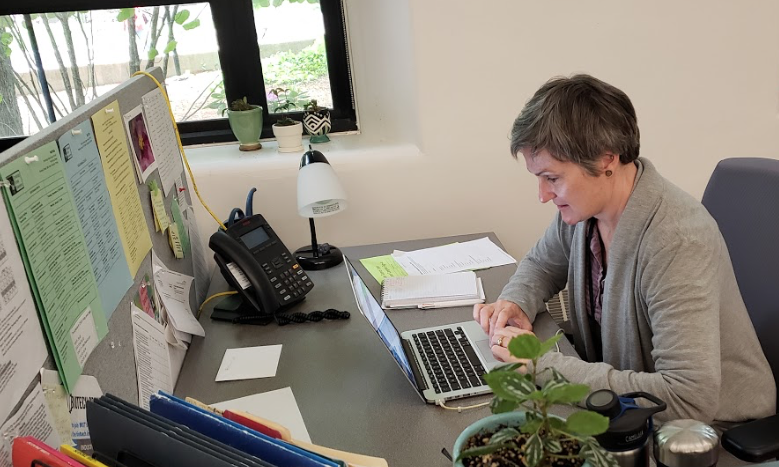 The Cambridge School Volunteers’ (CSV) NetPals Program was recently selected as a finalist for an excellence award from the Massachusetts Nonprofit Network. The Massachusetts Nonprofit Network presents excellence awards annually in several categories, such as innovation and collaboration. The NetPals Program has been nominated in the collaboration section for its work connecting corporate partners with students. The winners in each category of these prestigious excellence awards will be announced on June 3rd during a ceremony at the State House.

CSV works with Cambridge Public Schools to place nearly 1,000 volunteers in schools to work with students. Volunteers work with students across the district, including in the high school. The NetPals Program, which was launched in 2012, pairs Cambridge seventh graders 1:1 with an adult mentor in the STEM field.

The program currently operates at Rindge Avenue, Putnam Avenue, and Cambridge Street Upper Schools and will expand to Amigos next year. Over 260 volunteers are involved in the NetPals program as mentors.

As part of the program, students meet with their NetPals at school, and also take field trips to the companies where their partners work. Students communicate regularly with their NetPals over email, where they can ask questions about careers in STEM.

A mentor at Putnam Avenue Upper School who works at the Volpe National Transportation Systems Center in Kendall Square said of the program, “I enjoyed watching my student pal become interested in organic chemistry, a topic for which I have a great passion. It was wonderful to share some of that excitement with her and help her see how [it] can be applied to the real world.”

The NetPals program engages mentors from thirteen corporate partners such as IBM, Google, Draper Labs, and the Broad Institute. Robert Majovski, a lead educator at the Broad Institute, has been a long time participant in NetPals. Majovski described why he participates in the program: “NetPals presents an opportunity to have students meet and get to know scientists who work at these world-class institutions and companies, right in their own backyard. The opportunity to interact one-on-one with a student to discuss their interests, my work at the Broad, and our mission as an institute drew me in.”

In addition to providing major benefits for students, the NetPals program can be valuable for adult mentors. Majovski said that his experience as a mentor “challenged [him] to explain concepts as best [he could] at a middle school level, and also think of real-world examples to help illustrate answers to his questions. On a personal level, that was a lot of fun.”

Given the impact that the NetPals program has on both students and mentors, it is no surprise that it was nominated for an excellence award. Jennifer Fries, Executive Director of CSV, responded to the nomination saying that the organization “is proud to be among the finalists for the Excellence Award in Collaboration” and that NetPals “could not exist without our volunteers, our collaborators at the Cambridge Public Schools, and our corporate partners. We share this moment with them, and with our students. Our NetPals each help one seventh grader to dream a little bigger. What could be more rewarding?”