“This, I Know for Sure” Stuns 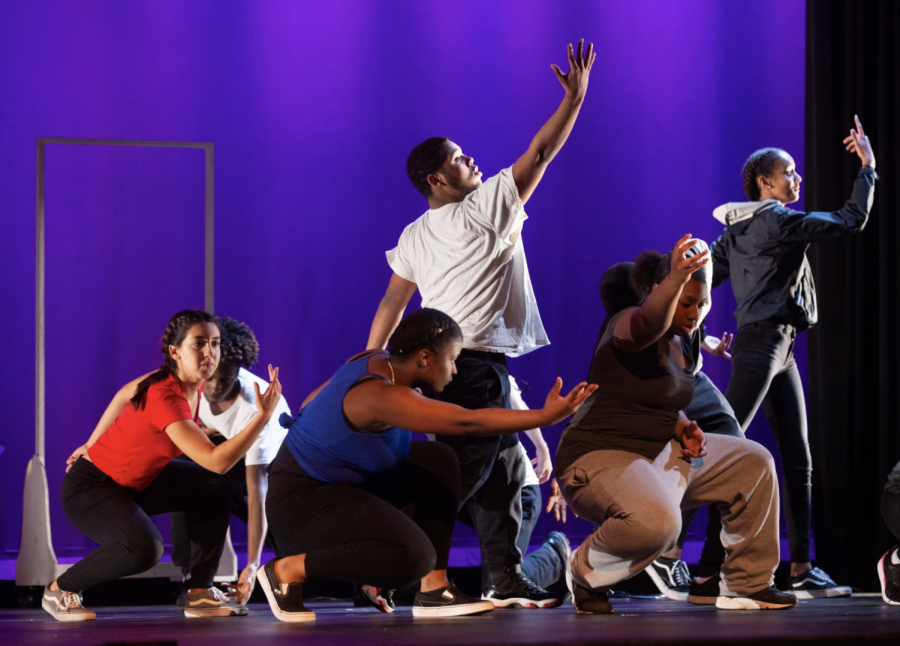 "This, I Know for Sure" was written and choreographed by students.

This, I Know for Sure was a student-produced play consisting of song and dance based on true, personal experiences that shaped each actor. The number of props utilized was minimal, with only the use of mirror frames in some acts that could be moved around the stage to enhance the theme of self-reflection. The lights were always focused on the central actor, and the dances complimented and supported the stories being told, rather than being the main focus. Each scene was based on a true story depicted in creative ways with song, dance, storytelling, and monologues. The play was entirely choreographed and written by students with the help of Brett Cramp, a drama teacher at CRLS. The concept of the play was originally a theatre assignment, and many actors in the play were students in Mr. Cramp’s class. Once each student shared their experience of what they “knew for sure,” the idea of a play seemed like an inevitable next step. The actors began rehearsing in early February, meeting two to four times a week.

Many of the actors felt like the intimate and sometimes traumatizing stories were difficult to share with others, let alone perform in front of an audience. One actress in the play, Maddy Yu-Phelps ’21, who did a piece on her inability to finish her stories, says that “sharing something about yourself with people that you don’t know, people who you might never meet, that’s brave. That’s courage.” Another actor, Keefer Glenshaw ’22, said that the performance “was by far the most emotional thing I have ever done, and it will stay with me forever. The level of power and camaraderie among the cast members was astounding.” After the last evening performance of the play on Friday, there was a question and answer session, in which many of the actors expressed concerns that the audience had laughed during earlier performances during the day. They told the audience that they chose to talk about stories and subjects that were immensely meaningful to them, and that many of them felt disrespected by the laughter. However, grappling with how the audience was perceiving their stories brought the cast closer and made them feel an even greater urgency to perform.

Although each individual scene was based on one person’s story, there were several actors on stage as well to help flesh out the narrative. The first act was a choreographed dance number, with all of the actors set up individually in front of mirror frames examining themselves. This first act established the ongoing theme for the rest of the play and familiarized the audience with the motif of the mirror frames. The second act of the play kicked off the individual stories, with the first story focusing on the loss of a friend. One notable line from the scene was “Where did the time go and why did you leave with it” that allowed the audience to understand the meaning behind freshman Jinho Lee’s story. The following acts touched upon societal expectations of what it means to be black and male, personal values, loss of family, sexual assault, self-reflection, and gratefulness.

After the performance on Thursday, an audience member expressed how the play reminded them of how creative and insightful the students of CRLS can be. CRLS is known for its theatre and arts program, but few performances at CRLS have been so personal—most plays and musicals are fiction rather than stories drawn from real life experiences. The production is unique due to its script being so personal and student-written.