The Importance of Civics in Public Education 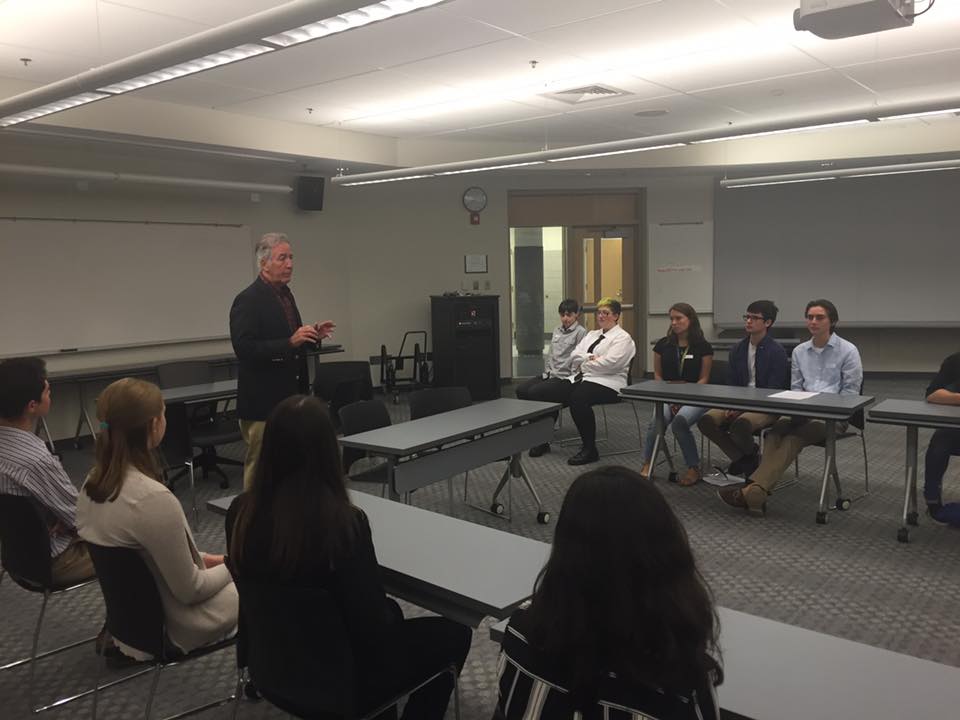 Members of MAHSD gathered September 9th to discuss their plans.

Civics is defined as the study of the rights and duties of citizenship. It is a key element of any democratic society that functions through the self-governance of the people. Perhaps most importantly, civics education teaches young people that they have a voice. Self-governance means that the people have power.

Democracy has been struggling to survive in many nations. It seems difficult and not worth the effort it takes to maintain. There has been dangerous growth in political apathy, not only in Massachusetts or the United States, but across the world. It is for this reason that civics education is more important than ever before.

In Massachusetts, there are few public schools that offer any civics activities, and even fewer that offer any sort of civics classes. Many of the government classes which do exist are only available at the Advanced Placement (AP) level, out of reach for many due to the cost of testing. While most teachers and education officials agree on the importance of civics, there are few opportunities for students to even learn what civics is. By not emphasizing civics education in school, we are preparing our youth to be politically apathetic. They will grow up believing that they have no power in the democratic process. These beliefs harm our democracy far more than any foreign power ever could.

Just in the past decade, democracies have fallen to the promises of greater things from demagogues and radical populists. In countries like Russia and Venezuela, authoritarian leaders have crushed democratic institutions, repressed liberty and freedom, and installed themselves as quasi-dictators.

With the threat to democracy taking a far more serious turn than many could imagine at the beginning of the millennium, civics education has become critical. Our youth must be taught that they have great power in our country.

In July, members of the Massachusetts High School Democrats (MAHSD), a statewide political organization, testified in front of the Joint Committee on Education on Beacon Hill about the sad state of affairs concerning civics in Massachusetts. The organization has since put their weight behind the H.2016 Act to Promote and Enhance Civic Engagement by Massachusetts State Representative Linda Campbell. They have been active in building up support for the bill and presenting arguments for its necessity in local newspapers.

H.2016 is a bill that makes project-based civics education mandatory part of the public high school curriculum and allocates funding for such projects. There will be regional competitions and other interactive learning experiences. Students will be taught about the importance of the electoral system and of the nature of a democratic government.

On September 9th, the MAHSD gathered in West Springfield to host the meeting of the State Democratic Committee and discussed plans for the upcoming year. U.S. Congressman Richard Neal and Massachusetts State Senator Eric Lesser spoke to us about the importance of civics in our democratic process.

As the press secretary of the MAHSD, I was in charge of covering the event for the entire organization. I am confident that with the growing support behind civics education reform, we will succeed in passing H.2016 and begin the process of integrating students into our democratic process.

I urge all who agree that we must reform our failing civics education to contact their local state representatives and state senators. We must ask them to support H.2016 and bring the promise of democracy to America’s youth.

This piece also appears in our September print edition.