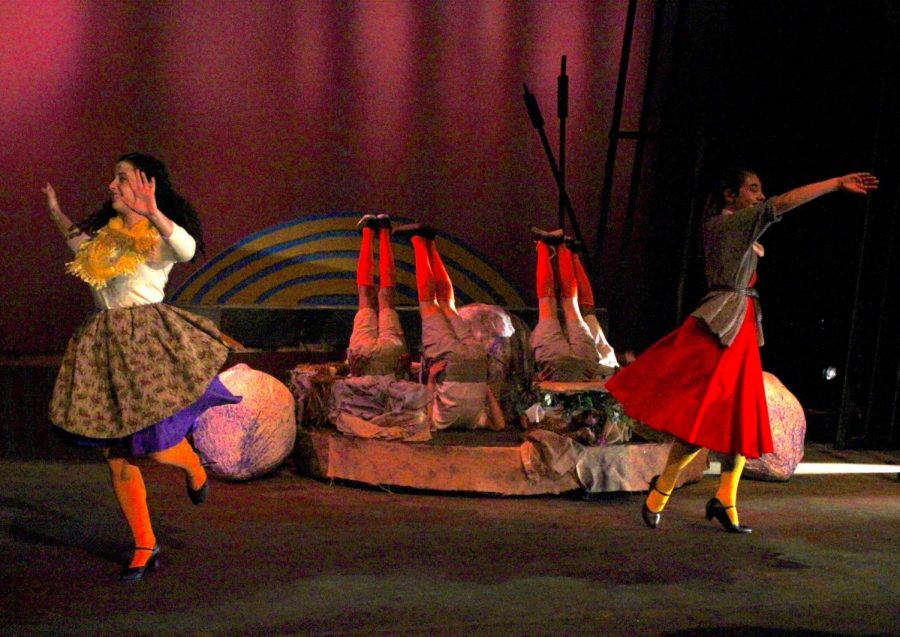 Despite being unconventional, the 2018 musical "Honk!" spread a message of inclusivity and love to all of the audience members.

Directed by former CRLS drama teacher Michael Lopez, this year’s fall musical Honk! follows the classic story of The Ugly Duckling, originally written by Hans Christian Andersen. The main character, Ugly, gets separated from his family, and the story follows his journey to reunite with his family his mother, Ida, searches to find him. During his separation, Ugly has all sorts of wonderful adventures along the way, from a military mission with British geese to a self-confidence lesson from a bullfrog. The climactic scene of the musical features Ugly and Ida getting lost in a snowstorm, featuring snow from a snow machine that falls on the audience from the catwalk. Student technical director Sabir Cunningham ’19 describes this as his favorite moment from the show. Eventually, Ugly and his mother are reunited. Ugly discovers that he is actually a swan, wrapping the musical all up into a beautiful happy ending.

Phia Teller ’21, who plays Ida, names the reunion of Ida and Ugly as her favorite moment of the play because of its sweet, touching nature. Teller and freshman Jinho Lee, who plays Ugly, both describe the wonderful community the cast and crew have. They agree that, though the cast is smaller this year, it has helped them bond and become closer over the course of the rehearsal process. Teller emphasized the affection that the cast and crew have for each other, saying that “a lot of love and care was put into this musical, and it shows.” Clearly, it showed to audience member Cristian Jurado ’19, who thought that the musical was “very touching and heartwarming.”

One challenge that technical artist Anya Cunningham ’20 described was the “negative energy surrounding the play.” Lee also described facing similar challenges, saying, “From day one, being in the show was perceived as a bad thing, and people had already judged it before even seeing it.” Honk! is very different from West Side Story, potentially throwing students off at first. Sabir mentioned as well that “[Honk!] is not the typical play that the high school does.” However, Anya describes that the cast and crew were able to overcome this negativity, saying, “We kept a positive attitude and persevered through until opening night!”

Like last year’s fall musical West Side Story and the 2016 musical In the Heights, Honk! had a clear message of inclusivity and love. Honk! brings the message back to the inner child in all of us, telling the audience that it is okay to be different. A popular song from the musical tells the audience that someone will love you, “warts and all!”

This piece also appears in our November 2018 print edition.