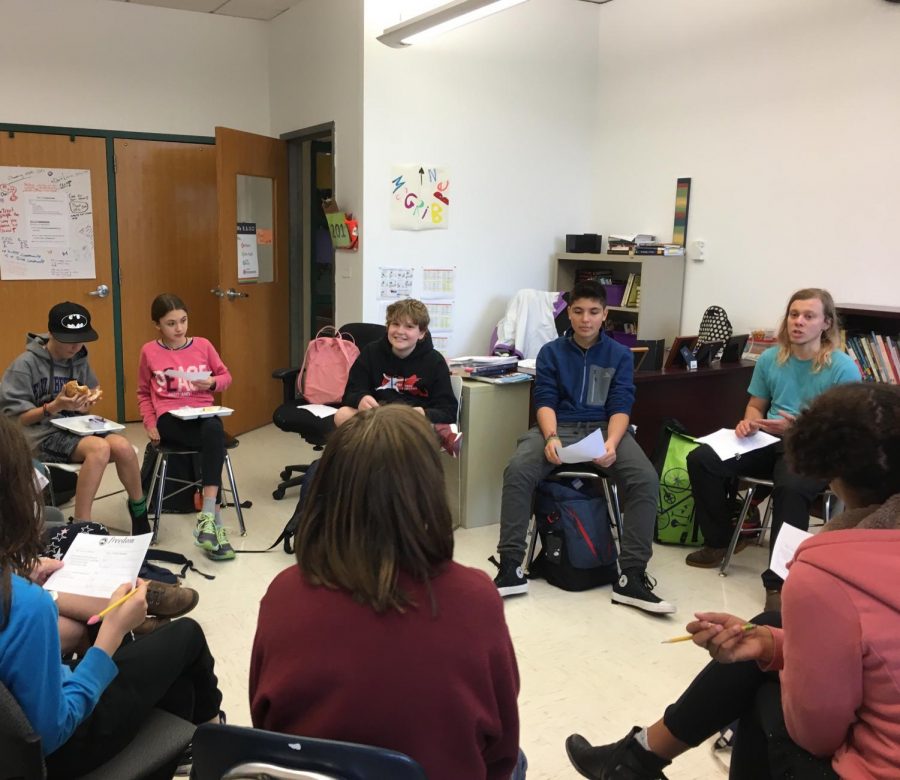 Question 3, one of the questions that will appear on the Massachusetts state ballot in November 2018, would repeal a 2016 law that prohibits discrimination against transgender people in public spaces. To some, the wording of the referendum is confusing. According to Boston.com, voting “yes” on the ballot would keep the current law, which provides transgender people with protection against discrimination, while voting “no” would remove it. This referendum would affect CRLS students that identify as transgender, both inside and outside of the CRLS community.

Sophomore Leo Austin-Spooner, a transgender student who uses he/him/his pronouns, believes it is important that every person in the state should be protected from discrimination, especially people who identify as transgender. When asked how a “no” vote would affect students that identify as transgender, Austin-Spooner stated, “It could really set the precedent and show that Massachusetts is okay with shaming people who are transgender.” Junior Eli Levitt, a transgender student who uses he/him/his pronouns, said, “I think the law makes a huge difference in how safe I and other trans people in Massachusetts feel. Even though I live in Cambridge, and I know that I will almost certainly be safe in public accommodations with or without the bill, I still feel safer. I can only imagine how people would feel in places with fewer protections.” Both Austin-Spooner and Levitt are active in the “Yes On 3” movement.

According to a statement from CPS COO Jim Maloney to the press in 2016, even before transgender students became a protected class under state law, CRLS was providing gender-neutral bathrooms to students who needed them. Though CRLS has been providing programs and support to students regarding their gender identity, it is possible that CRLS students who identify as transgender could be negatively affected outside of school.

The anti-discrimination law passed in 2016 protects against discrimination on grounds of gender identity in public spaces. This means that people who identify as transgender cannot be denied access to public facilities, such as bathrooms or locker rooms. According to mafamily.org, public places also include, but are not limited to, hotels, stores, restaurants, theaters, and hospitals. If Question 3 fails to pass, transgender people are at risk of losing their rights in the public spaces where everyone else is free to do as they please.

Junior Zoe Haber, a transgender student who goes by he/him/his pronouns, is not worried about a “no” vote on Question 3. Haber stated, “I feel fairly confident that [Question 3] will pass.” Instead, Haber is upset that this bill is being voted on in the first place. “I think it sucks that it has to be a ballot question.” Haber acknowledges that CRLS has done a good job of trying to support students who identify as transgender. “CRLS already has a lot of protections and programs that Massachusetts as a whole does not.”

Supporters of the “Yes on 3” movement are hoping for a large turnout on election day. Students interested in volunteering with the movement can sign up at freedommassachusetts.org, and if you are 18 or older, make sure to vote on Question 3 November 16th, 2018.

This piece also appears in our October 2018 print edition.