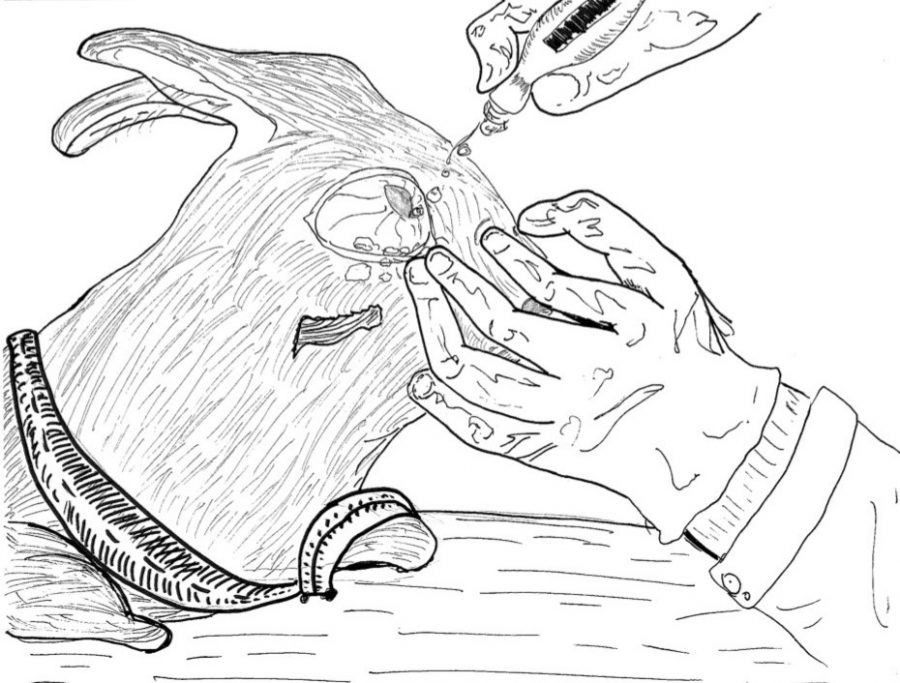 This August, California banned the sale of animal tested products.

Ethical cosmetics are ideally safe for animals, humans, and the Earth. The products we use every day have a profound impact before and after consumption, whether they were animal tested beforehand, catalyzing long-term health concerns, or winding up in the ocean contributing to plastic waste.

Animal cruelty in cosmetic industries often comes in the form of animal testing to determine an ingredient or product’s safety for humans. The tests are often looking for skin or eye irritation caused by a product, or else looking to determine any potentially harmful long-term effects. For irritation, an ingredient is rubbed on bare skin, dropped into the eyes of the animal while they are forcefully restrained, or force-fed to them until they die or show signs of poor health such as cancer. The most common testing animals are mice, rats, and rabbits, and nearly all of them are killed in the process, or when they are no longer considered useful. These tests are clearly cruel, but people still aren’t taking the necessary steps to change the way we determine product safety.

Animal testing has been being fought for years, and in 2013 the European Union banned the import and sale of animal tested products. On this side of the Atlantic, however, the process is moving much slower. In August, California made a landmark decision to ban the sale of animal-tested cosmetics, which was an important step in the right direction. However, there are several loopholes in this legislation dealing with the manufacturing, which often takes place in China. In contrast to Europe, China actually requires animal testing on all cosmetics before public sale. This means that any product that is sold in the United States that isn’t tested for American use, but is also sold in China, can claim to be cruelty-free when they are not.

As for human safety, it all comes down to ingredients. Your shampoo might claim to be “all natural,” but this phrase has no real meaning, and is just a marketing ploy to get consumers to think they are being a little extra crunchy. In reality, many cosmetic “superpowers” use ingredients that, while effective, can cause long-term harm. One famous case is a woman who died of ovarian cancer which was accelerated by the prolonged use of Johnson & Johnson Baby Powder. Johnson & Johnson, a company that has nearly 250 different brands and makes around 70 million dollars annually, included talc powder in their product with full knowledge that this ingredient had strong links to ovarian cancer, just another example of major companies hiding information from consumers.

This case underlines the importance of understanding what is in your products. The goal is to have products be as plant-based as possible and to stick to the idea that less is more. An incredible resource for discerning what’s really in your collection is a database called SkinDeep. You can find the database by searching on google. SkinDeep was created by a larger organization called Environmental Working Group (EWG), and rates nearly 75,000 products from 1-10, 1-2 being good, 3-6 being risky but OK, and 7-10 being unsafe. Safety is rated based on a correlation with cancer, harmfulness to your immune system, allergens, and overall hazard. The products are broken down by ingredient as well, and the database gives an analysis of each ingredient. If you are looking to replace a product with a healthier option but don’t know where to begin, SkinDeep has a section of verified products that meet their health standards.

Last comes the environmental aspect of the products we use, which mostly comes down to packaging, a huge contributor to ocean pollution.  We all hear about the straws and the turtles, but the truth is that straws account for less than 0.5% of the several billion tons of ocean plastic floating out there in the big blue. Action needs to be taken here and now to cut back on the use of plastic in our lives. Whenever possible, get products without packaging, like bulk soap bars. Although paper seems superior to plastic and its effect much less harmful, paper production is actually more wasteful than plastic. Paper produces nearly five times the solid waste and 16 times the waterborne waste that plastic does. This is not an endorsement of plastic, but it is important to understand waste before it reaches your home, as well as after. Fixing the packaging problem is truly up to the manufacturers, but we should still send them a powerful message by avoiding harmfully packaged products as much as possible.

Other than in packaging, plastic is often in our products, which is not only harmful when it enters our water system, but when we put it into our bodies. Plastics in cosmetics often shows up in exfoliating scrubs or toothpaste, but also in hair sprays, creams, eyeshadows, deodorants—you name it. You might be wondering, how on earth do I know if there is plastic in my toothpaste? Fear not, I have another online resource for you! Search “Beat the Microbead” on Google for additional information, as well as plastic-containing product lists. To give you a preview, the list is filled with common brands like Aveeno, Aussie, Crest, and Neutrogena to name a few.

In conclusion, sustainable cosmetics are an important issue to be aware of, and while it is easier for some and near impossible for others to revolutionize their consumption, being knowledgeable is the first step. Do your best to understand what you are using, what you are putting out into the world, and how it affects others and yourself; that is the heart of sustainability.

A reduced version of this piece also appears in our October 2018 print edition.