Falcons Make it to States, Lose in Semifinals 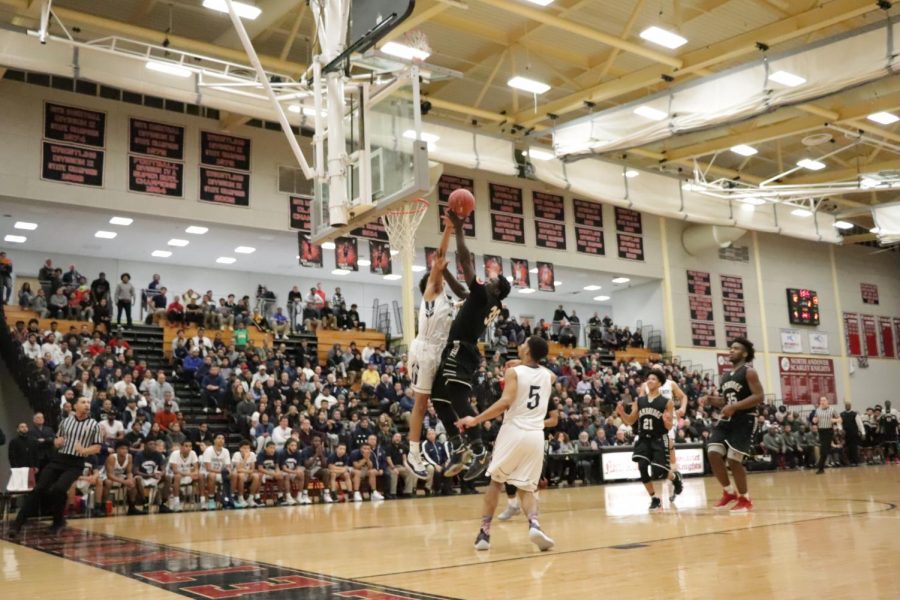 CRLS boys basketball is all about expectations. A high bar creates a rigorous work ethic and high level of player performance, but that bar can’t be raised with just words alone. A coach can’t tell a team that didn’t win a single game the previous season that they are expected to go undefeated. The players won’t believe or internalize that. Expectations have to be backed by a culture of winning.

Cambridge benefits from a history that heightens the expectations for every player that steps on the court. That history includes players like Louis Ford, who played for Howard, Rumeal Robinson, who won a National Championship at Michigan and played in the NBA, and—of course—NBA Hall of Fame center Patrick Ewing, who also won a National Championship during his time at Georgetown.

Head coach Lance Dottin is adamant about making sure his players understand and are aware of the numerous accolades of past players and teams, playing historian to reinforce expectations. Anybody who has played for Coach Dottin will say he demands the absolute best from his players. As senior captain Aidan Keefer says, “I think that the best thing about him is no matter who is on the team, he has sky-high expectations and that makes everyone strive for perfection.” Seniors like Keefer, Jonathan Cenescar, Bmenet “Scoops” Girum, Xavier Dottin, and Andrew Anilus live up to those expectations , and, in doing so, keep them high for those who come after them. There’s no doubt in Cenescar’s mind that next year’s team will rise to the challenge: “They got a taste of how they’re supposed to play, and next year they’re going to blossom,” thus continuing the cycle of powerhouse basketball at CRLS.

This year’s team continued the 53-game overall win streak that dated back two years before finally falling to the Newton North Tigers 70-45 in mid-January. It was a blow that at the time felt undoubtedly devastating. “To lose at that moment felt like the end of world,” remarked Keefer. Initially, the end of a streak is tough on fans, and even more so on players as often the focus on remarkable accomplishments is hard to appreciate in the face of a defeat. However, over time the attitude shifts as they learn to not, in the words of the immortal Dr. Seuss, “cry because it’s over,” and instead “smile because it happened.” The Falcons dusted themselves off quickly and finished the season with an additional 12 wins and only one more loss to the Brockton Boxers.

Cambridge dominated the first round of the playoffs, trouncing the Boston Latin Wolfpack 84-51 and soon following with a nail-biting overtime win over the Methuen Rangers 72-70. The victory sealed a four year streak of going undefeated at home, a feat which Coach Dottin also accomplished in his playing career. In North Andover, the Falcons took on the Lawrence Lancers in the regional semifinal. The Falcons entered the final quarter down eleven points but were able to cut the deficit down through an aggressive full-court defensive style nicknamed the “black press.”

Unfortunately, they couldn’t come all the way back and the final score was 68-65. After high school, co-captains Keefer and Cenescar will look to continue their careers at the college level, and they will be succeeded by talents like sophomore Khai Smith and junior Hakan West.

The basketball season may be over, but the hard work is far from finished. The next dynasty is in the gym, shooting, dribbling, and sweating, pushed to be the best by the city they represent.

This piece also appears in our March/April print edition.