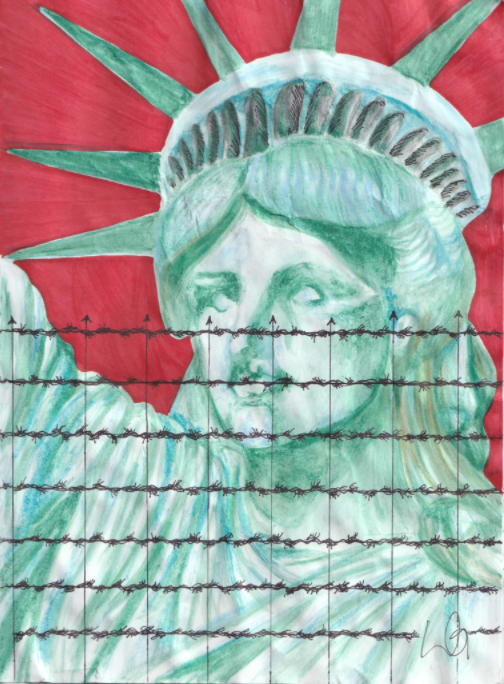 Unlike previous incarnations of President Trump’s immigration policy, this “Proclamation Enhancing Vetting Capabilities” was intended to be implemented gradually, and the scope and severity of the order would be determined on a country-by-country basis.

Nearly a month later, on October 17th, this ban was blocked by Federal Judge Watson of Honolulu, a continuation of the pattern of judicial overrule of Trump’s travel bans. All previous drafts of the ban have been rejected, leaving only the question of when the fourth version of Trump’s command would be created, and how long it would take for it to be blocked.

Early in the Trump administration, versions of a travel ban were condemned by many as targeting Muslims, a view supported by the president’s campaign promise to suspend the entry of Muslims into the United States until he could figure out, as he stated at a campaign trail rally, “what the hell is going on.” This turned out to be the main reasoning behind federal judges blocking the ban: they argued it was clearly aimed at one particular group. Supporters of the ban have protested the court, arguing the ban’s necessity in case an immigrant is an undercover terrorist.

When interviewed about the ethical implications of a travel ban in any form, CRLS AP U.S. History teacher Mr. Montero responded, “Though I understand the desire of any president to keep Americans safe, I have not seen any evidence to suggest that such a wholesale ban would keep anybody safe.”

In regards to the currently suspended ban, CRLS junior Micaela Leon Perdomo—herself from Venezuela—commented, “The ban only applies to government officials and their families, at least for Venezuela, but it really pains me to know that there is a barrier being set between immigrant families and their relatives that stayed in their home country.”

Other countries mentioned in the ban, however, have been regulated more because they were deemed to be a higher security risk. Travel from Iran has been shut down completely, except for students, as Iran “regularly fails to cooperate with the United States government in identifying security risks,” according to the court’s proclamation.

Many students are concerned about the implicit penalization of these nations; as CRLS sophomore Emma Weller puts it, “It is colossally unfair to blame innocent people for the failures of their government. To deny these people the universal human right of safety is cruel.”

Ayan Shire, another sophomore, agrees. “There will always be some bad and some good, but you can’t punish a whole country for it.”

Trump’s travel-related executive orders have been met with criticism on the grounds of the alienation of potential allies in regions of conflict. The order’s justification has been oriented around individual governments failing to cooperate in identifying security risks or countries being the source of terrorist activity.

Travel by Syrian nationals has been suspended, but on the other hand, Iraq has been removed from the original list of insecure countries. It is also the first time during Trump’s administration that non-Muslim-majority countries have made the list, specifically Venezuela and Chad.

This version of the travel ban has been dismissed by some as unsustainable and has already been met with rejection from the judicial branch, once again.

When asked whether or not it was inevitable for travel bans to be struck down, CRLS senior Pilli Cruz-Dejesus commented, “It has to be. They can’t keep that up.” However, Jeffrey Chen, another senior, is more skeptical. When asked the same question, he responded that the bans “will only get harder and harder for the courts to block.”

For a complete transcript of the executive order, visit www.whitehouse.gov.

This piece also appears in our November print edition.