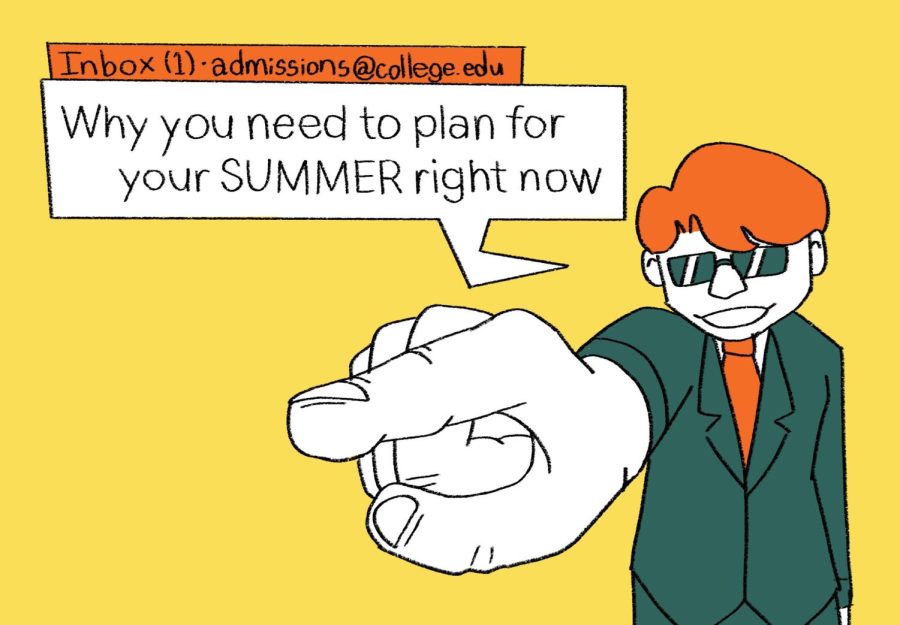 Summers have gone from being considered as a time to relax to a time to pack your resumes. Gone are sleepaway camps and travel plans as the prospect of aggressive academic summer programs arises on the radar of aspiring college applicants and beyond. The Washington Post stated that these summer programs have “become big in the how-to-get-a-leg-up-in-college-admissions circus.” These programs, often spoken of within CRLS, include internships, research positions, classes abroad, and the notorious pre-college program where students sample attending a high-ranking university. The majority of students seem to have these lined up for the summer, though some debate if this is the best use of time in the precious months that lie ahead.

Being productive with your summer is expected of students, despite the purpose being a break. The burden is ever-present in the hallway bulletin boards to the lengthy spreadsheets of possible Science, Technology, Engineering, and Math (STEM) internships to apply for. Birikti Kahsai ’23 expresses her conflicted feelings about programs, saying to the Register Forum, “Everybody is expected to do internships for colleges.” This sentiment is shared among many students as thousands invest in programs in hopes to be favored by colleges during the application process. The Princeton Review even described your summer as “the perfect time for college prep.” How much they help your chances of getting in is still up for debate, but Kahsai states that “It definitely speaks to the level [the college application process] has gotten to.”

However, this raises questions about accessibility. The applications for these internships, classes, and jobs usually close in February, making prior knowledge a necessity. Once you’re accepted, programs may be charging you upwards of $10,000 to attend, an example being Harvard’s summer program for high schoolers. One alternative consists of paid internships, however, these jobs are highly sought after, making acceptance exceedingly competitive. One example is the Museum of Science Summer Youth Internship, which, while being quite popular, takes fewer than 30 students throughout the Greater Boston Area. These options, however, are dependent on what you are made aware of. This allows for connections and luck to play a great role in what your summer plans will be.

It is not the case that the only point of working during the summer is to embellish applications. There are people who do programs because they genuinely want to, but the load is a significant factor felt by many students. Arson Carangelo ’24 theorizes this is because “In our society, there’s a pressure to always be doing something.” Summer programs allow high schoolers to explore opportunities they might be unable to during the school year, but issues of innate inequity remain. The promise of aiding applications makes summer programs something expected of students, instead of using the season as a time to relax. Students will continue to pack their July and August with back-to-back labor-filled pursuits to not disappoint the question, “So what did you do this summer?” However, the pressure to do something over the summer may present another case of, “You can dislike the game, but still play by its rules.”