The 1,000 Point Man: A Celebration of Aidan Olivier 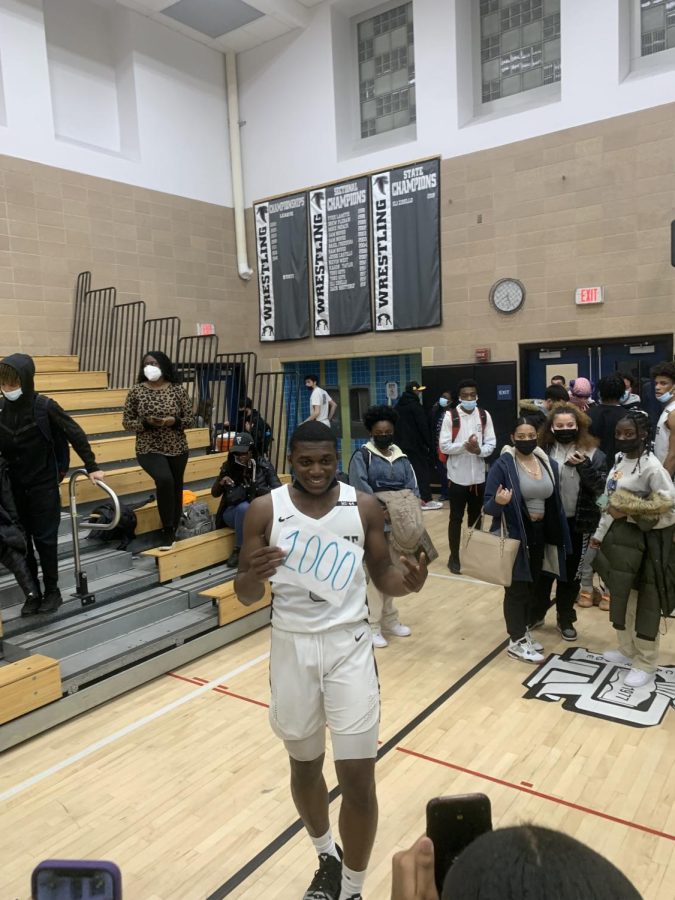 On March 1, 2022, CRLS student basketball player Aidan Olivier added one more name to the banner hanging in the War Memorial arena, adorned with the names of some of the greatest Falcons basketball players ever to grace the court: the 1000 point club. Against Peabody, in the first round of the Playoffs, Olivier hit a 3 pointer out of half time to hoist himself to the 1,001 mark. He would give an outstanding performance through the rest of the game, scoring 30 points on the evening en route to a 88-68 Falcons victory. Aidan Olivier has been a lethal weapon for the Falcons since transferring from Burlington, Vermont in the 2020 season. His physicality, leadership, basketball IQ, and most noticeably, his silky smooth 3 point shot, have propelled him to success through his High School career.

Aidan Olivier had to work for his success, though. “I started in 1st grade…” he told the Register Forum. “I think I started getting really good around my Sophomore year, when I really started to score the basketball. Before that, I couldn’t really shoot the basketball like I can now, I was always the strong kid on the court.” When asked where he learned his 3 point shooting abilities he quickly responded, “My brother, I did a lot of shooting with him, it changed my whole jump shot. I give a lot of credit to my brother.”

Olivier’s value isn’t just on the court, but also off the court. His mentality, and flaming passion, have cemented him as a true leader of the team. Before this year’s opener against Everett, he stalked the sideline, loudly reminding everyone who would listen that “Last year doesn’t matter! It’s over! All that matters is right here, tonight, in this game!” Cambridge would go on to defeat Everett, in a classic at the War Memorial. Aidan lives this—it isn’t just a mantra, it’s his whole play style. There’s only one way to describe his play style: absolute focus. Going into his 1000 point game he was, “only focused on getting the win and moving on.” 1000 points was hardly on his mind until the ball fell through the net and the Falcons bench emptied to embrace him.

“One thing that makes Aidan so special is that he is so coachable,” CRLS Boys Basketball Coach Geo Rodriguez told the Register Forum. He continued, “Aidan is very versatile; he takes pride in his play at both ends of the floor. He can score in bunches, but what gets overlooked is his ability to defend. Aidan loves and respects the game of basketball.”

The CRLS community wishes Aidan well, and are pleased to congratulate him on his addition to the CRLS 1000 point club. Aidan Olivier is going to go down as one of the best shooters ever to grace the Falcons roster, but his legacy will live on as a leader, a friend, and a truly wonderful person to be around. “Some kids are born to put the ball in the basket, and Aidan is one of those kids,” said Coach Rodriguez, “But he’s so much more than that, he’s a really exceptional young man.”

This piece also appears in our March 2022 print edition.