Arcane: League of Legends Is an Animated Masterpiece 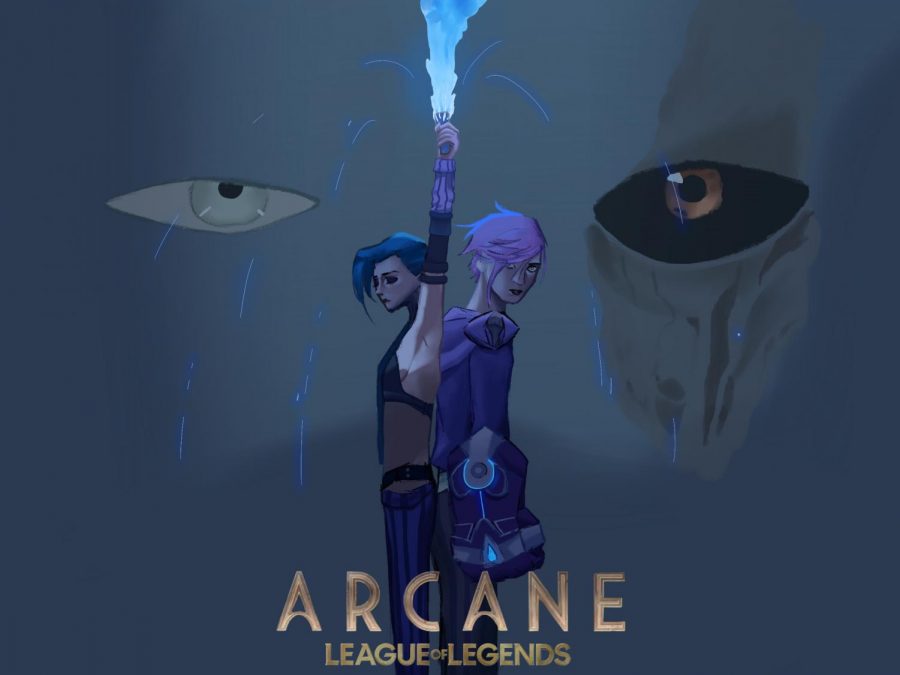 Arcane: League of Legends is a Netflix animated event produced by Riot Games and animated by Fortiche Productions. It was released on November 6th 2021 and is based on the game League of Legends, but you don’t need any knowledge of the game to watch the show. The genre is dark sci-fi/fantasy with nuanced characters and visuals that spent six years in production. The show has absolutely fantastic animation, a mix of 2D and 3D that could be compared to the style of the heavily awarded Spiderman: Into the Spiderverse. This is supplemented with a well-crafted plot set in the dual city of Piltover and Zaun, following sisters Vi and Jinx (also known as Powder) throughout the show. The writing is incredible, quickly introducing you to the setting and making sure you know the basics of each character.

Arcane is a very character-driven show, dependent on the choices they make and their consequences. The writers make good use of Chekhov’s Gun—a story-telling principle that says that once you show an important piece of information it must be used in the story—to set up amazing scenes and confrontations, while not ruining the twists. The show balances all the plot surprisingly well,
presenting itself as a classic three arc story, with three episodes dedicated to each arc. The rapid pacing can come across as rushed at times, since the story follows at least three different plots at once, and they rarely get room to breathe. Subsequently, dialogue can sometimes feel forced, with out-of-character dialogue just to reach the next plotpoint. Additionally, some side- plots were left unfinished, likely cut out for lack of space. Hopefully the second season, which is currently in production, will give more attention to these areas.

Arcane also features incredible visuals, 3D characters supported by 2D effects, paired with beautiful backgrounds that make every shot look like a vivid illustration. Even more impressive are the action scenes,which are fast-paced and beautifully choreographed; the 2D effects add emphasis to every punch or bomb thrown. The show also uses visual storytelling masterfully, and upon rewatching there are so many details to pick up on: cupcakes on a balcony that a character steals, bombs on a desk to be used later, or a fan turning off in the background. The Fortiche Productions team includes incredible detail in every aspect of their animation, resulting in a visual masterpiece.

Arcane was in production for six years and it is clear to see how much the writers and artists dedicated themselves to its creation. Arcane is a love letter to League of Legends, digging into the game’s lore and exploring its iconic characters masterfully. The series sets a new bar for the world of animation, and though it has its flaws with dialogue and pacing, it’s one of the best series released in 2021, if not the best. I absolutely recommend giving it a watch.

This piece also appears in the December 2021 print edition.