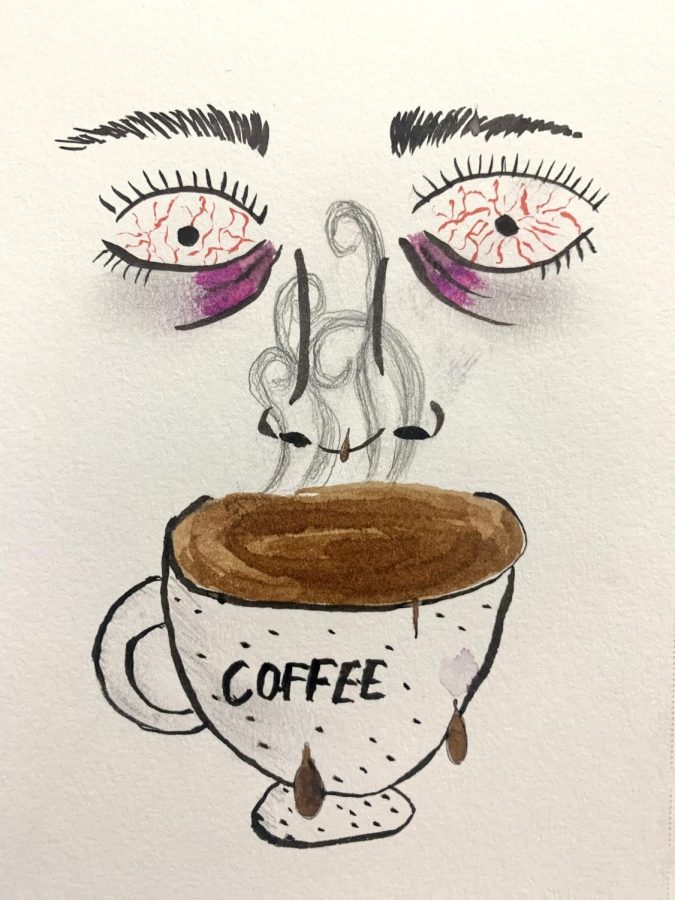 During Ramadan, my family and I sat down to break our fast after a long day without food, water, and most notably, coffee. My mother and uncle exchanged strategies on how to cope with the effects of caffeine deprivation during the month. Although preoccupied with my meal, this conversation caught my attention. People tend to use their dependence on coffee to seem relatable and approachable during discussions. It seemed strange that they were lightheartedly chatting about their withdrawal symptoms, not realizing that this common conversation of coffee addictions could be a potential health risk. Bringing up this concern launched a debate of whether caffeine is just as dangerous as any other potentially harmful substance, in the same way that alcohol or medicinal drugs could be. I argued that caffeine should not be blindly consumed at high amounts just because it is normal to. My family disagreed, saying that there was no way caffeine was nearly as addictive or dangerous as other substances.

The Merriam-Webster Dictionary and the FDA define a drug as “a substance other than food intended to affect the structure or function of the body.” Although the effects of caffeine overconsumption may not be as evident in comparison to more notorious drugs, we still need to hold caffeine to the same level of scrutiny to prevent forming an addiction, which has been normalized in society today. It is important to do our own research on the food and drinks we consume, because in a way we are on our own when it comes to nutritional education. In fact, according to a study done by Harvard School of Public Health, only 37% of Americans trust the FDA. We should not rely on the government to only allow products that are completely safe to consume.

Let’s start with how caffeine works in your body. Caffeine is used as a neural stimulant to help the brain eliminate drowsiness and increase alertness and productivity. On the flip side, adenosine is a chemical compound that exists in the brain, as well as in other parts of the body, that is stored in DNA and RNA. The job of adenosine is essentially the opposite of caffeine: a neural depressant. Caffeine prevents adenosine from binding with receptors in the brain, which causes a person to feel less sleepy. In other words, this affects the way your body naturally rests and recharges as a response to working through the day, which most commonly leads to sleep deprivation.

There are many causes for the heavy incorporation of caffeinated drinks into American culture. During the Columbian Exchange—the mass trade of customs between the Old and New World—the Dutch brought tea from countries in Asia to the United States. Tea quickly became popular among upper-class households, much like many common beverages throughout history. Although coffee was brought to the United States by the British from Arabia, the shift toward coffee drinking was out of protest to the British government’s “intolerable acts” after the Boston Tea Party. Coffee in America was not used due to its amazingly bitter taste, or as a sign of class, but more as an act of rebellion. It is interesting to note the history, and question why it is still heavily in use today.

With most substances, such as alcohol, negative effects can occur down the line in a person’s life when these substances are not used safely. Though it might be challenging, when we prevent overconsuming caffeinated drinks, there can also be benefits. Healthline claims that the benefits of coffee include lowering the risk of diseases such as Parkinson’s, Alzheimer’s, diabetes, and more.

As a country, we need to work together to educate ourselves on the pros and cons of ingesting large amounts of caffeine. We need to question why we drink more coffee than most others, and how coffee’s culture and history influence these norms. Look past the snappy “Don’t Talk To Me Until I’ve Had My Coffee” shirts and ask yourself if you really want your mood to depend on whether or not you have sipped down your morning beverage yet.