Politicized Influencers: Where Is the Line? 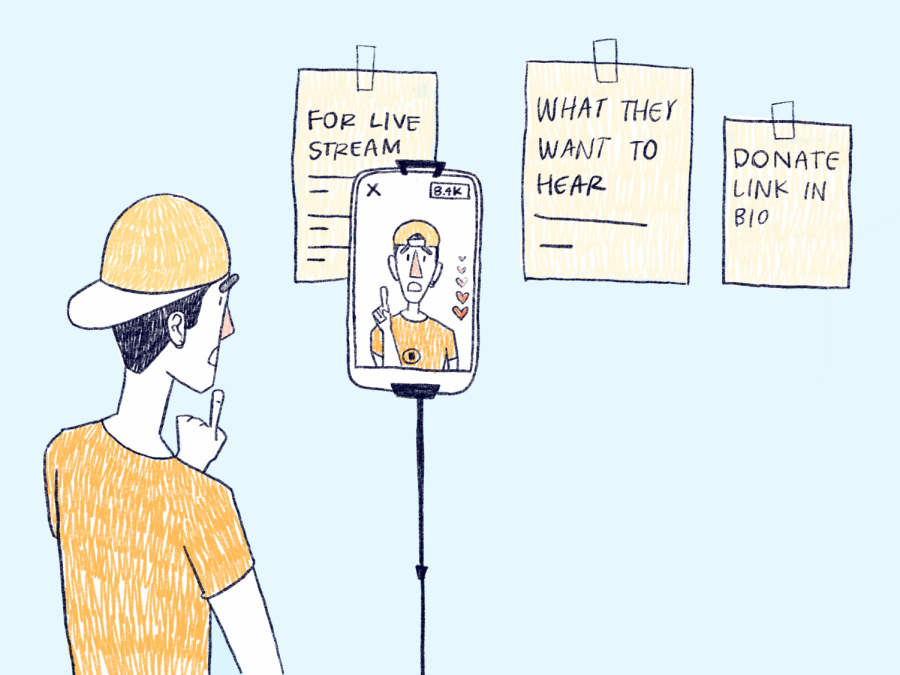 In the last decade, social media has managed to redefine countless aspects of our life before technology—two of which being the modern celebrity and news consumption. The 21st century has given way to the age of the internet influencer, and platforms such as Instagram, YouTube, and Tiktok have granted personalities the ability to gain massive traction seemingly overnight. Young, conventionally attractive, and nearly always white individuals—who aren’t necessarily revered for their awareness or intellect—suddenly have access to an audience of millions. The same dynamic applies for large-scale social movements on the internet; evidence spreads and headlines break faster than ever compared to decades past. Disagreement arises, which puts the proper intersection of influencers and news into question. Given the sheer amount of influence that internet stars hold over their fanbase, many turn to creators with large platforms to spread awareness on social issues; we observed this amidst the explosive Black Lives Matter movement last June, as well as the weeks leading up to the pivotal 2020 presidential election. But is it wise to place this much responsibility in the hands of often young, unqualified, and often overnight influencers?

There are no prerequisites for “wokeness” when these influencers rise to fame, and the main present threat is an uninformed yet performative advocate. Some of the more recent examples concern the latest outcry for American intervention within Palestine, which has managed to make its way to most mainstream social media. Given the violence and mayhem carried out by Israeli forces within the Gaza strip, those on social media were quick to respond with calls to action. Links to funds, petitions, and general ways of raising awareness to the crisis rapidly circled the Internet, and the topic was trending worldwide within hours.

With any given social movement, those with a platform are faced with a choice of how to address the situation in response, if at all. Among those was YouTube star Trisha Paytas (who recently said they use they/them pronouns in an April Tweet), well-known and poorly-regarded for their history of outlandish public claims and internet trolling. In response to the widespread demand for a statement on their part, Paytas took to Instagram—their proclamation, however, didn’t meet the hopes of their supporters. Instead of providing resources to aid Palestians as requested, they took a somewhat dismissive tone of the ethnic cleansing and instead took a stand against antisemitism. This, as expected, was met with a fair amount of criticism from fans; Paytas hastily removed the post and issued an apology. “I’m sorry, I really just don’t know anything,” Paytas confessed to the H3 Podcast following the mishap. “[Out of all people] don’t encourage me to speak up … So many people were just like ‘Talk about this! Talk about this!’ and I was just like ‘I don’t know what’s happening!’ I misunderstood.” It goes to show how many outright political or social statements are mainly intended to curry favor with their supporters. Paytas, for instance, didn’t have much confidence in their stance once they realized it wasn’t what their audience wanted. From this, a lesson to be learned is that if an influencer must be prompted to speak up by their following, they are most likely echoing what they feel the public wants to hear.

Ignorance and lukewarm statements aren’t the only dangers of fusing the realms of personalities and politics; in fact, there are more ways than one to benefit from taking a public stance. A new era of political advertising is dawning—those with any degree of influence online are becoming increasingly susceptible to bribes from politicians or administrations in exchange for a public endorsement. Because of these influencers’ lack of personal leanings, there’s nothing getting in the way of the occasional public backing of a policy, candidate, or institution if there’s compensation involved. While its prominence is still on the rise, it has already infiltrated American political races—Mike Bloomberg’s presidential campaign, for instance, was discovered to have paid several viral Instagram accounts for their public approval.

Many are quick to point out that social media is already used as a promotional tool for products or upcoming events (sponsorships are incredibly normalized), therefore, what sets the concept of politics apart? While policies are fairly strict when it comes to the everyday advertisement, the rulebook regarding political endorsements is fairly uncharted territory. “Much of the paid political influencers that we see operating on [these platforms] do not disclose the fact that they’re working for political campaigns. And that’s because the regulation on this is very thin,” explained Samuel Woolley, Assistant Professor of Journalism and Project Director for Propaganda Research at the University of Texas at Austin, to Promarket at the University of Chicago.

In the absence of accountability, this could potentially be an extremely dangerous segue to a new normalization of propaganda perpetrated by social media, as many are left to question whether the political preachings of influencers are truly their own. The present whirlwind combination of technology and politics is headed in a worrying direction, as very few of these upstart social media stars have a solid foundation of beliefs, and are much more vulnerable to spreading potentially damaging information (whether that be a product of ignorance, bribery, etc.). It’s a likely unpreventable merging of cultures, but it underscores the modern need for skepticism in the age of social media.