Why Corporations Should Stay Out of Pride 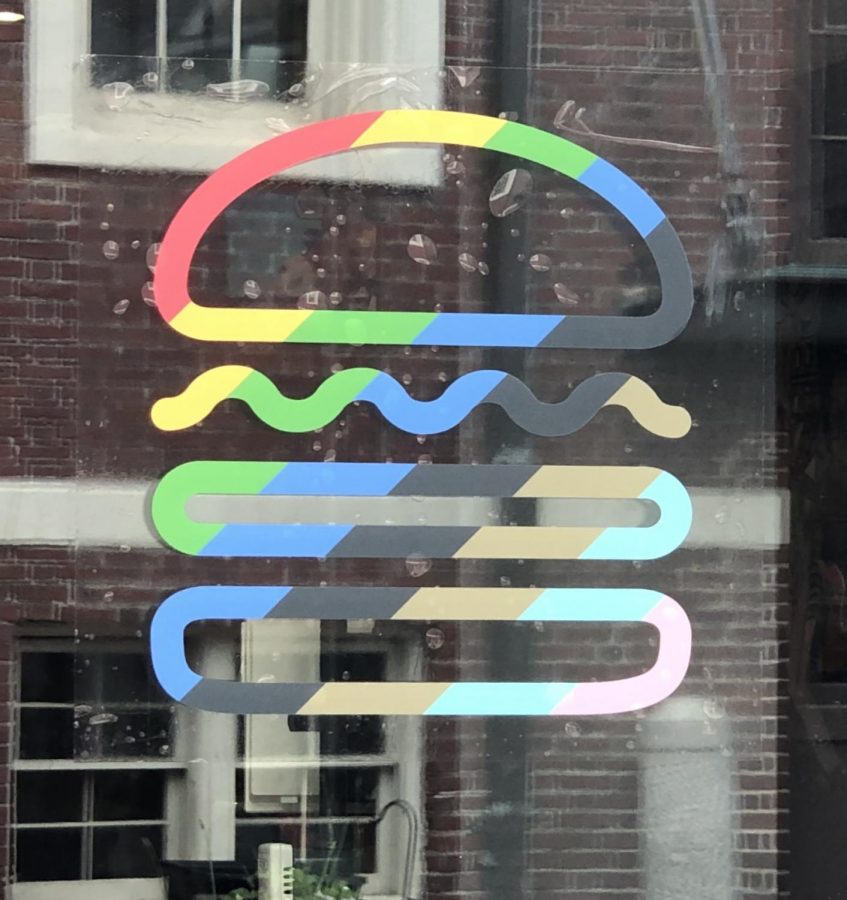 A revolutionary commemoration is reduced to a decorative burger advertisement.

Each June, people around the world gather for Pride Month, a celebration of the progress the LGBTQ+ community has made in achieving fair and equal treatment, both under the law and in terms of societal acceptance—but more importantly, it’s a fight for the rights we have yet to be granted. The occasion originates from the 1969 Stonewall Riots, a movement against the brutalization and targeting of the community by New York police forces, establishing its legacy as a revolution first and foremost. Today, Pride Month encourages everyone to come together regardless of gender, sexuality, or identity in general through parades and city-wide events. But in the last decade, organizations and government agencies have begun to participate in the celebration, often commemorating the occasion with a redesigned rainbow logo or sponsorship of a Pride-themed event. This is beneficial in that it marks an overwhelmingly positive shift in the perception of LGBTQ+ people; however, this extravagant performance of support does not always stem from genuine allyship.

The phenomenon, known as corporate Pride, reflects an increasingly worrying trend of superficial, performative activism, specifically for the purposes of rendering corporations more attractive to consumers. Allowing large companies to participate in Pride dilutes the event’s message and actively slows the progress the community has fought so hard for, especially given the long history of abuse and oppression many of these companies have inflicted. “It makes me angry that Pride’s being treated as an opportunity to sell stuff. It’s a movement towards individual liberation and self-expression,” remarks Mike Benoit-Latour, a junior at CRLS. Though companies’ participation reflects greater public support for LGBTQ+ rights, it is often little more than a token gesture. This reduces the scope of activism during Pride, and precludes the possibility of enacting significant change.

As previously mentioned, many of the institutions that take part in Pride have a history of oppressing the LGBTQ+ community or profiting off of its hardships, and refuse to acknowledge this in their activism. For example, Gilead Pharmaceuticals, which used taxpayer funds to develop a safer and more effective HIV/AIDS treatment, sells the drug at exorbitant prices, making it inaccessible to many who need it. Even so, Gilead has been listed as a top sponsor for San Francisco and New York Pride celebrations, and its clear attempts at exploiting those in need of HIV/AIDS treatment remain unacknowledged. Many of the mainstream names flying rainbow flags this month (such as AT&T, UPS, Pfizer, and Home Depot) have made generous, seven-figure contributions to anti-LGBTQ+ causes. And, although the origins of Pride itself are rooted in an outcry against police brutality, the police force remains a frequent fixture at Pride events—in fact, police departments have done little to improve and continue to target the community at disproportionate rates. Here again, a symbolic show of support masks the sustained acts of violence perpetrated by members of the police force against LGBTQ+ people.

Pride in its modern incarnation is all too often centered around companies with rainbow branding and bold, sweeping statements about their “long-standing commitment to LGBTQ+ rights”— companies which, a month later, return to their previous state of apathy towards the struggles of the community. It creates a prime environment for large corporations to attract attention and resonate with consumers as supposedly having the same values, giving them an excuse to feel good about their spending. If we truly wish to gain equal protection under the law, or to be fully accepted by society, we cannot proceed in this permissive manner. It’s important to reinforce that Pride Month belongs to those that celebrate it, and the harm of oversimplification to both the philosophy of Pride and the LGBTQ+ community as a whole cannot be overstated. The sudden transformation into a consumerist holiday serves to discredit the month’s original intent and subversive attitude. While many are appreciative of large and influential corporations rallying behind their cause, scaling down the marketing techniques that accompany their statements are crucial to maintaining the integrity of Pride Month. In this case, less is more.