Israel Must Stop Playing the Victim 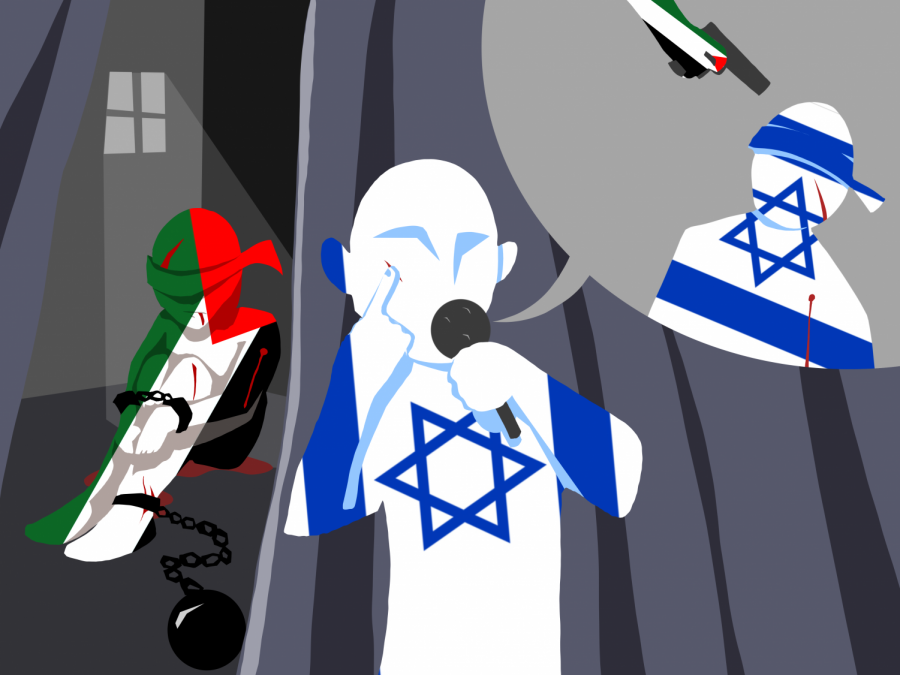 Recently, tensions between Israel and Hamas flared up, leading to discussions about US policy and the increasing opposition to Prime Minister Benjamin Netanyahu in the Knesset, Israel’s parliament. Israel and Hamas, a fundamentalist terrorist group supporting Palestine, have been locked into conflict for 15 years now. Both sides have committed indefensible actions since Hamas’ rise to power in 2006: Israeli missions have killed hundreds of civilians, and Hamas has fired thousands of rockets at targets of no military significance. Despite this back and forth nature of the conflict, one side is clearly being harmed more, and it is not Israel.

Firstly, Israel has a well-funded military kept strong by compulsory service for all citizens. Although Israel has issues such as low labor participation, its economy is well-rounded and stable. Additionally, Israel receives funding from the EU and the US for its military needs, with the US being Israel’s biggest supplier of arms. On the other hand, Palestine’s economy is highly dependent on foreign aid. Despite being aware of this dependence, Israeli blockades of Gaza and travel restrictions on the West Bank continue to reduce mobility and Palestinians’ ability to do business. Like its economy, Palestine’s military pales in comparison to Israel’s. At the moment, the most powerful force protecting Palestine is Hamas, a terrorist group.

Given this difference in military development and economic prosperity, it is natural to see animosity from Palestine toward the neighboring Israel. Looking over the fence and seeing greener grass leaves a bitter taste in one’s mouth. Words such as “oppression” are not entirely out of place given Israel’s control of the region. In fact, Human Rights Watch published a detailed report on Israel’s behavior toward Palestine and concluded that Israel is committing actions that amount to apartheid and persecution, both of which are crimes against humanity in international law. These violations of Palestinians’ rights provide a partial but important contextualization for the activity of terrorist groups, notably Hamas.

In the past few weeks and years, Hamas has fired thousands of rockets into Israel, providing Israel with a flimsy justification for military intervention and increased repression of Palestine. Despite their retaliatory response to Hamas rockets, Israel seems to also have obtained a strong defensive solution from the US: the Iron Dome. The Iron Dome is a missile interception system that fires its own rockets at incoming projectiles, neutralizing them. According to Israeli officials, it is 90% effective. In the most recent bout of violence, which lasted from May 11th to May 21st, over 4,300 missiles were fired from Gaza into Israel. Israel suffered only 12 civilian casualties, including two children. Despite the Iron Dome’s incredible success in intercepting incoming missiles, at least 243 Palestinians lost their lives due to Israeli retaliation, including at least 100 women and children.

Time and time again, the Israeli military has murdered innocent civilians, all in the name of self-defense. Responding to the death of twelve innocents by killing hundreds, if not thousands more, is not self-defense. We’ve seen this play out before. In 2014, when Israel invaded Gaza for 7 weeks, 2,104 Palestinians died, 1,462 of which were civilians. About 495 children lost their lives, while only 66 Israeli personnel died. Although 66 is a horrifying number, it is nothing compared to the loss of civilian life caused by a state which many still consider a democracy.

Military force notwithstanding, Israel has found plenty of ways to sabotage Palestine. Israel is well known for establishing settlements in the West Bank–territory internationally recognized as Palestinian land–at an increasing rate. Israel has demolished homes and evicted legal Palestinean residents in order to accommodate Israeli settlers. Additionally, Israel controls all entry into the West Bank through the extensive use of checkpoints. Gaza is sealed in by land, air, and sea blockades. Given this state of civilian repression, it’s no surprise that many peaceful Palestinians are pushed to extremism—which leads to more violence. Upon experiencing this reactionary violence, Israel goes running back to the international community for support, giving the erroneous idea that Israel is the weaker party in the conflict.

If a bully is punched back by the person they are attacking, we don’t give them a Band-Aid or an ice pack. We certainly don’t give them anything if they proceed to bludgeon their target unconscious for hitting back. Yet this is exactly what is happening with Israel. Hiding behind a veneer of false vulnerability, Israel has caused the deaths and displacement of thousands, but still somehow maintains international dignity and tolerance.

Hamas and Palestine are not morally equivalent. Hamas is a terrorist group fueled by well-justified anger and ill-justified extremist ideology. Its actions are despicable and do not represent the spirit of the Palestinian people as a whole, nor do they represent the wishes of a well-developed state as do Israel’s military crusades. Citizens of Israel have methods of political participation such as voting and running for office. Palestinians have no such institutionalized means of giving input on Hamas’ military operations. Israel needs to stop playing the victim in this conflict and own up to its own role in extending the conflict. This entire conflict brings to mind the familiar story of David and Goliath, in which David, the young future King of Israel, slays the giant Goliath to protect his home. However, in this case, David just might not be acting in self-defense.