The Register Forum • May 27, 2021 • https://registerforum.org/14196/uncategorized/julian-edelman-retrospective/ 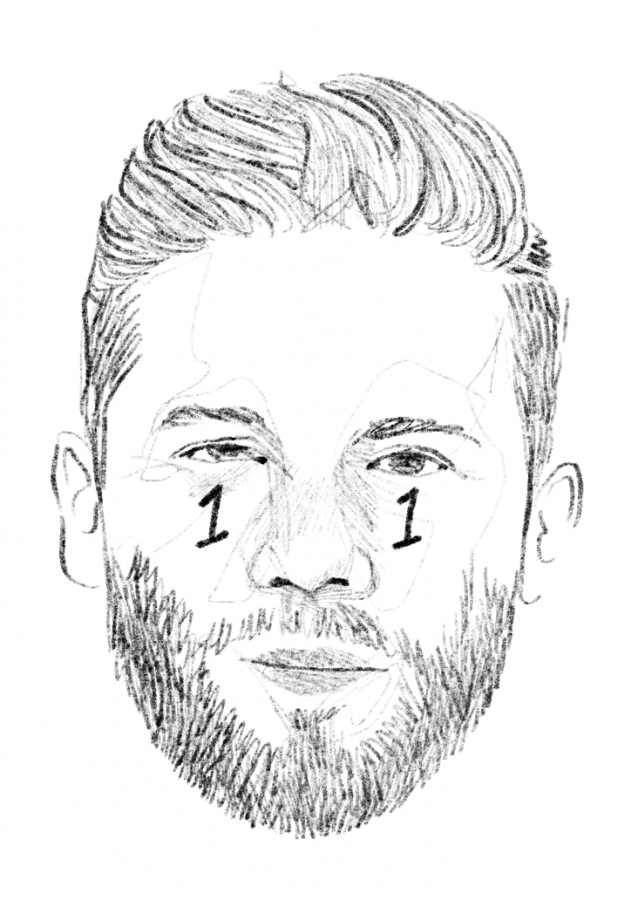 On April 12th, the legendary Patriots receiver Julian Edelman retired, marking the end of an NFL career that, despite seemingly always being portrayed as that of an underdog, cemented Edelman as one of the toughest and most clutch receivers in NFL history.

Edelman’s football career began in his hometown of Woodside, California, where after weighing in at only 100 pounds as a freshman in high school, he worked his way up to leading his team to a 13-0 record as a senior quarterback. After receiving zero offers to play Division I football in college, Edelman enrolled at community college at the College of San Mateo for a year where, after breaking several school records, he earned himself a spot on the Kent State football team. As a senior in college, Edelman led his team in both passing and rushing. However, Edelman was still mostly under the radar as a prospect, and he wasn’t even invited to the annual NFL combine. Nevertheless, at his college pro day (an annual event held by colleges to showcase their players to NFL scouts), Edelman ran the short shuttle drill in 3.92 seconds, which was faster than any of the times at the combine. This short-area quickness was enough for Patriots scouts to make Edelman a 7th round pick (232nd overall) in the 2009 draft.

Once a part of the Patriots, Edelman was converted to a wide receiver and punt returner. Through his first several years in the league, Edelman was mostly held to the latter as his skills as receiver needed some time to develop behind a man with a similar playstyle as Edelman, Wes Welker.

In 2013 when the Patriots let Welker walk in free agency Edelman burst onto the scene as a receiver, notching his first season with over 1000 receiving yards. Edelman continued his excellent play through the postseason the following year. With the Patriots struggling in the third quarter of a divisional matchup against the Baltimore Ravens, Edelman received a lateral pass from quarterback Tom Brady, and showcased his former quarterback skills, throwing 51 yards to Danny Amendola for the touchdown. Several weeks later, in Super Bowl XLIX Edelman delivered his greatest performance to date against arguably the best secondary of all time. Edelman led the game with 109 receiving yards, but his impact was certainly felt on several key moments in the fourth quarter as the Patriots attempted a double-digit comeback. With the Patriots trailing by ten, Edelman somehow hauled in a 3rd and 14 conversion while enduring a massive hit by Kam Chancellor. Edelman later converted another third-down play in that quarter, before beating Richard Sherman one-on-one for the go-ahead touchdown with two minutes remaining, a play that likely would be remembered more had it not been for Malcolm Butler’s game-saving interception several minutes later.

Two years later in Super Bowl LI, with the Patriots looking to complete the historic 28-3 comeback against the Atlanta Falcons, Edelman miraculously hauled in a ball that was seemingly broken up at first, before he dove to make the catch over three defenders, just inches away from the ground. This catch against the Falcons is remembered as one of the greatest of all time for its incredible difficulty and importance to the game.

After missing all of the 2017 season due to an ACL tear, Edelman bounced back with a career-high in receiving yards (1117), before putting together one of the greatest postseasons of all time. He started the 2018 postseason with 151 yards in a dominant win against the Los Angeles Chargers. The following week, with the Patriots’ offense needing all the firepower it could muster to keep up with Patrick Mahomes and the Kansas City Chiefs, Edelman earned several momentous receptions on third down and longs in the fourth quarter and overtime. Two weeks later in a defensive battle in the Super Bowl against the Rams, Edelman put up ten receptions for 141 yards, which was ultimately enough for the Patriots to win 13-3, earning Edelman the Super Bowl MVP award. Heading into retirement, Edelman is second all-time in playoff yards and receptions to the great Jerry Rice.

After battling through injuries in the last years of his career, the soon to be 35 year-old announced in a retirement video, “I’ve always said, ‘I’ll go until the wheels come off,’ and they finally have fallen off. Due to an injury last year, I’ll be making my official announcement of my retirement from football. It was a hard decision, but the right decision for me and my family. And I’m honored and so proud to be retiring as a Patriot.” The typically stoic Bill Belichick issued a rare statement on Edelman’s legacy with the Patriots, “Few players can match Julian’s achievements, period, but considering his professional trajectory and longevity, the group is even more select. It is historic. This is a tribute to his legendary competitiveness, mental and physical toughness, and will to excel. Day in and day out, Julian was always the same: all out. Then, in the biggest games and moments, with championships at stake, he reached even greater heights and delivered some of his best, most thrilling performances … Julian Edelman is the ultimate competitor, and it was a privilege to coach him.”

Edelman ended his career as second all-time in Patriots receptions (620) and fourth in yards (6822), but many fans felt Edelman’s magnitude past the numbers through the countless third-down conversions and big time playoff catches that he gave the team. With a relatively meager regular-season history, that included zero pro bowls but a phenomenal postseason career, Edelman is ultimately the subject of countless debates over whether he deserves to be in the hall of fame. Regardless of one’s opinions of Edelman or the Patriots, Edelman has earned himself a title as one of the toughest and most inspirational athletes in NFL history and a spot in New England and NFL lore.