A Look at NFL Teams After the Offseason 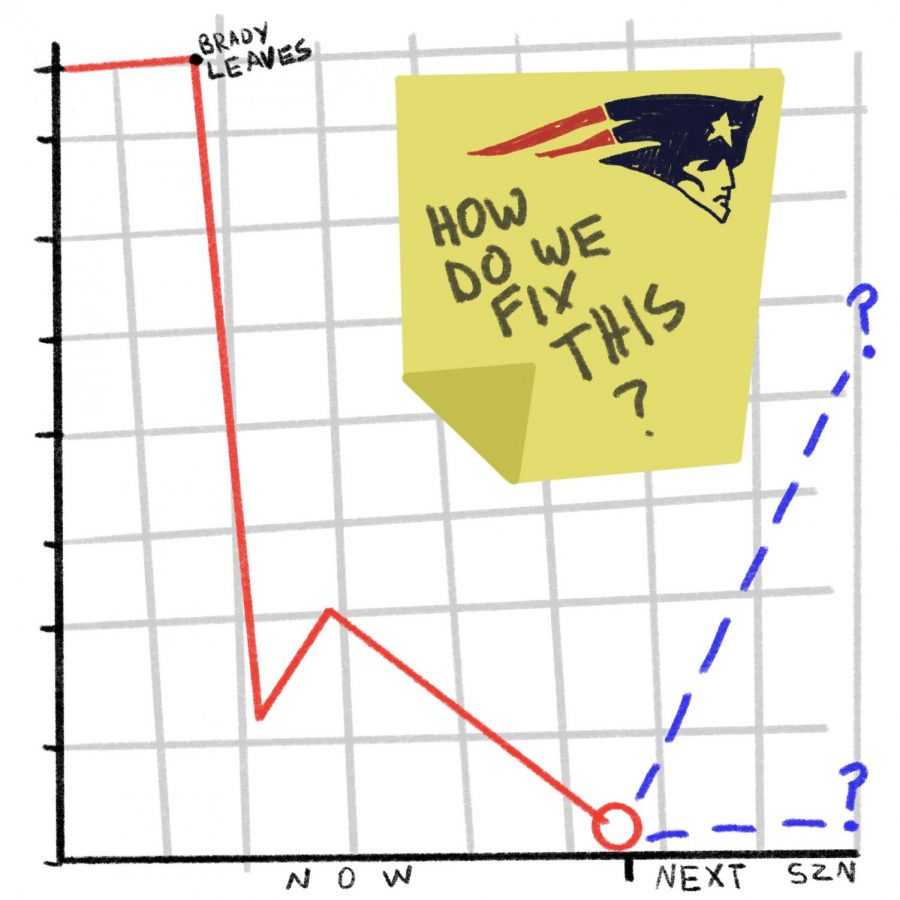 The NFL free agency and draft are officially in the books—here are some of my takes after a busy offseason.

After a harsh 7-9 record during the first post-Tom Brady season, the Patriots have quickly rebuilt their roster with an amazing free agency and several key selections in the draft. New England uncharacteristically splurged in free agency, capitalizing on their relatively strong cap standing by shelling out the most guaranteed money ever spent in a single NFL offseason ($172 million). They added the two best tight ends on the market, Hunter Henry and Jonnu Smith, in the hopes of bringing back the days when the Patriots dominated with two tight end sets: Rob Gronkowski and Aaron Hernandez, or Gronkowski and Martellus Bennet. The Patriots also brought back Kyle Van Noy and signed Matthew Judon on the free-agent market, while pouncing on outstanding value from Christian Barmore and Ronnie Perkins in the draft to address the front seven. Most importantly, the Patriots landed their quarterback of the future, Mac Jones, after he serendipitously fell to New England at the 15th pick. Now that the Patriots have adequate weapons (a massive upgrade from last year’s depleted depth at wide receiver and tight end) and a further improved offensive line, the pressure is now on Cam Newton––or potentially Jones––to elevate this roster back to, at the very least, a playoff level. However, the road back to the Super Bowl is suddenly much harder for New England following the emergence of Bills Quarterback Josh Allen, the Dolphins’ solid roster built around second year QB Tua Tagovailoa, and even the Jets’ newfound potential franchise quarterback Zack Wilson, who’s ranked number two overall. But don’t be surprised if the savvy Belichick and the Patriots find themselves back atop the AFC.

The Colts are now kings of the AFC South:

With the miraculous mid-career turnaround by Ryan Tannehill and the sheer dominance of Derrick Henry and A.J. Brown, the Titans have recently powered their way to AFC South supremacy. However, with the recent addition of Carson Wentz, the Colts have now surpassed the Titans. Last season, Indianapolis featured one of the league’s strongest offensive lines and defenses, but with the now-retired Phillip Rivers at quarterback, the Colts lacked the offensive power to keep up with stronger units such as the Buffalo Bills (the team they eventually lost to in the playoffs). Wentz was certainly disappointing last season as the starter for a dismal 4-11-1 Philadelphia Eagles team, but now with a much stronger offensive line in Indianapolis plus a reunion with Frank Reich—his offensive coordinator during his MVP caliber season in 2017—things are boding well for a rebound year. Fortunately for Wentz, the Titans look to regress after losing offensive coordinator Arthur Smith, who played a major role in flipping Tannehill’s career and leading the Titans offense to the levels that it reached last season. Tennessee also lost three of their top options in the passing game (Corey Davis, Jonnu Smith, and Adam Humphries) and several of their best defenders (Malcolm Butler, Jadeveon Clowney, and Kenny Vaccaro). While A.J Brown and Derrick Henry can certainly keep their offense afloat, should any one of them get injured, Tennessee will be in trouble.

The Buccaneers are starting to become overrated:

Midway through last season, the Buccaneers were being counted out by many in the NFL as the team’s defense looked to be in pretty bad shape and Tom Brady seemed to finally show signs of age. Then, Tampa Bay went undefeated following their bye-week as Brady and the defense stepped up to lead the Bucs to a deep playoff run culminating in a dominant 31-9 Super Bowl win against the Chiefs. In the Super Bowl Tampa’s pass rushers pressured Patrick Mahomes on 52% of his drop backs—the most in the game’s  history. Tampa Bay has brought back their entire starting lineup from last season, and are already seen by many as the early Super Bowl favorites for next year. While it is certainly tempting to keep buying into this hype, the Buccaneers are likely due for some regression, as the team’s defense was playing over its head last postseason. While it has certainly been quite foolhardy to bet against Brady in the past, one must acknowledge that there is at least a chance that the soon-to-be 44 year old will finally fall off the cliff, or sustain the career-ending injury that many have projected for years. Brady’s age symbolizes much more of a risk than that of quarterbacks on other contending teams like Patrick Mahomes, Aaron Rodgers, or Josh Allen.

Matthew Stafford has elevated the Rams into contention:

On a Rams team that nearly won the Super Bowl in 2018, Jared Goff was ultimately one of the weakest links, as his lesser arm strength hindered the potential of Head Coach Sean McVay’s offense. Last year, Goff once again limited the Rams offensive capabilities in a divisional-round loss to the Packers. Enter Matthew Stafford, whom the Rams acquired in an offseason trade with the Detroit Lions in exchange for the aforementioned Goff and two first rounders. Stafford is a top-ten caliber quarterback, with the arm strength to execute the throws needed to expand Los Angeles’ offense. With one of the brightest minds in football, Sean McVay, the Rams should be able to tailor to Stafford’s skillset and arm talent that often went to waste on the historically unskilled Detroit Lions team. Although the NFC West is an incredibly tough division in football where all four teams—the San Francisco 49ers, Seattle Seahawks, and Arizona Cardinals—are potential contenders, with Stafford joining the team, a stronger run game led by Cam Akers, and one of the best defenses in all of football led by Aaron Donald and Jalen Ramsay, the Rams are my current pick to emerge from the NFC.

Tua Tagovailoa is in a prove-it year:

Quarterback Tua Tagovailoa was selected 5th overall from Alabama in the 2020 NFL draft by the Miami Dolphins. There were certainly some concerns about Tagovailoa including how he would perform without the loaded receiving corps that he had in Alabama, or how well he could hold up after coming off of a gruesome hip injury in his final college season. Through his first season in the league, he has done little to put those concerns to rest, albeit with limited offensive firepower in Miami. Tagovailoa had the 30th ranked interceptable ball rate and the 29th ranked depth-adjusted accuracy out of 31 qualifying quarterbacks, which doesn’t bode well for a quarterback that was lauded for his accuracy and pro-readiness as a prospect. Now that Miami has added Will Fuller IV in free agency and one of Tagovailoa’s former college teammates, Jaylen Waddle, with the 6th overall pick in the draft, the pressure is now entirely on Tagovailoa to push the Dolphins into the playoffs after barely missing them last year. If Tagovailoa does not improve with increased starpower at the wide receiver position he could soon find himself out of a starting quarterback job—a startling prospect for a player that was so hyped in college.