Oscars 2021: The Ups and Downs of the 93rd Academy Awards Ceremony 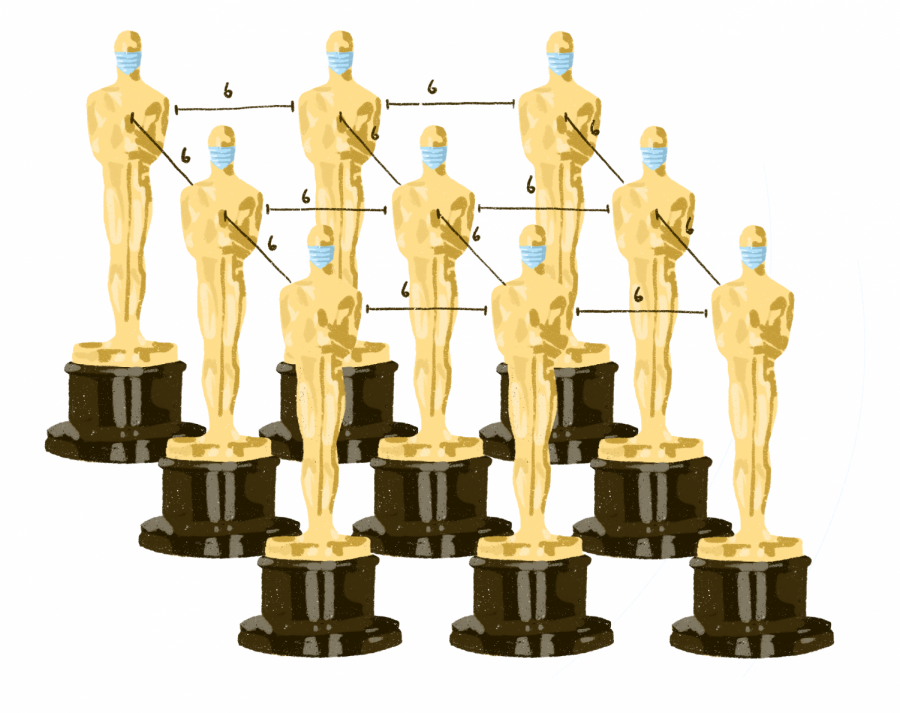 It’s only been a year since Bong Joon-ho’s Parasite swept the 2020 Oscars, but from our present pandemic perspective, the crowded ceremony rife with hugs and handshakes seems to belong to a bygone era. Nonetheless, the 93rd Academy Awards ceremony held some kind of comfort, in a sense, that the world was back on track due to the event still occurring.

One of the first surprises of the night was the odd shift of the musical performances to the pre-show. It is understandable that, given the packed schedule of each Oscar ceremony, each additional second can feel much longer. Moving the five performances of the nominated songs from the telecast to the preshow was quite bold. Ultimately, it relieved the producers, giving them 15 additional minutes of valuable airtime. It also made sense to allow salient performers such as winner H.E.R. and Leslie Odom Jr. to perform their pieces in their entirety at an earlier time. However, the performances have historically been highlights of the ceremony, and the same could have been said for this year if audiences had the opportunity to see a children’s choir and Molly Sandén in quaint Iceland singing “Husavik,” Eurovision’s anthem.

One of the later surprises of the night was the absence of The Trial of the Chicago Seven from the list of winners. The Netflix original had swept the earlier SAG and Golden Globes awards, and it even had seven nominations to win the golden statuette. Nevertheless, it was the only film to be nominated for an Academy Award for Best Picture that left the ceremony empty-handed. This points to an unspoken yet present feud that the Academy may or may not have with Netflix-produced shows.

Finally, the last and arguably most shocking surprise was the creative choice to omit sounds and images from the nominated films. Yes, the inclusion of longer, more meaningful clips with regards to the Best Documentary Feature and Best Picture award presentations was refreshing, especially in contrast with the overfilled montages favored by the past few Oscars. However, for all other categories, the audience was solely presented with a list of names and no context whatsoever as to why they were honored. Most odd was, for example, the exclusion of clips for best visual effects, production design, and costumes. Moreover, the composers of Soul’s soundtrack who won Best Score did not have any of their work played. This omission was strange for an event whose main goal is to showcase the magic of the film industry; there were very few movies to be found.

One of the unwritten formalities is that the Oscars always end in the most prominent category–Best Picture–before the credits roll. The narrative arc generated viewers by building up curiosity as the show proceeded. However, Nomadland’s win was followed by the Best Actress and Best Actor categories. The winner of the former, Frances McDormand, had nowhere to go but sit back down after accepting the Best Picture’s statuette, and keeping her on stage made for an awkward grab-and-go situation once McDormand realized she won Best Actress.

However, this fluke seems like nothing compared to the dissonant feeling that came after Best Actor was announced. The late Chadwick Boseman’s role as the passionate trumpetist in Ma Rainey’s Black Bottoms was almost assured to take the Oscar home. Unfortunately, Joaquin Phoenix’s envelope revealed that Anthony Hopkins had won instead, for his role as a man suffering from dementia. However, Hopkins was absent, and so Phoenix had to awkwardly accept the award on his behalf. It’s almost as if Soderbergh had thought a Boseman win would make a poignant end to the night. Yet, that interesting moment of catharsis did not arrive, and the night ended on a very sour note.

Of the many issues in the Academy’s 93-year history, one of the most shocking is that only five women had ever been nominated in the Best Director category, and just one has ever won (Kathryn Bigelow for the Hurt Locker in 2010). History was made this year when Chloe Zhao and Emerald Fennell elongated the list to seven names. Zhao went on to win the award for Nomadland, cementing her place in history as the first woman of color to take the category. Her speech was as generous and open-hearted as her movie, a quietly amazing portrait of a woman adrift in the wake of political and economic troubles.

Korean director Bong Joon-ho blew the Oscars wide open in 2020, when his masterful Parasite swept the three main awards categories, becoming the first non-English-language film to do so. Speaking live from Seoul, Bong introduced the best director category. In a ceremony full of often random anecdotes about nominees, Bong got specific; he asked each director to explain their art form in 20 seconds. Their answers presented a clearer picture of each filmmaker’s vision than a short film clip might ever have. Another Round’s Thomas Vinterberg compared directing to jumping off a cliff, Nomadland’s Chloe Zhao said that she asks herself, “What would Werner Herzog do?” Mank‘s David Fincher explained that there are really only two ways to shoot a scene, and “one of them is wrong,” and Minari’s Lee Isaac Chung said that “Film must respond to life.”

All in all, this was an odd Oscars ceremony, it had its ups and downs, but one thing is for sure; this was a ceremony for the books. Historically, progress was made, and from an artistic standpoint, the ceremony was unforgettable.