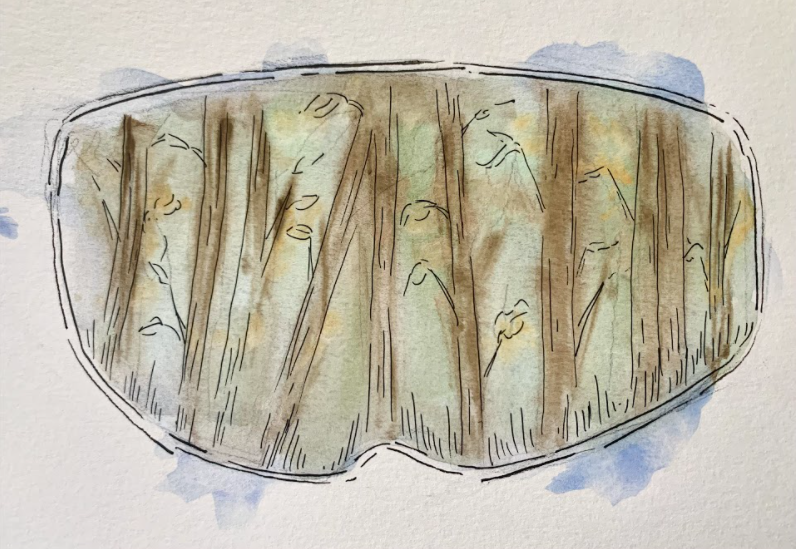 Following a $480 million contract with the United States Army signed in 2018, Microsoft announced on March 31st, 2021, that they were awarded a new contract “worth up to $21.88 billion.” In their announcement, Microsoft described the new deal as a transition from “prototyping to production,” a process that was started by their previous 2018 contract to supply the Army with the Integrated Visual Augmented System (IVAS).

The IVAS, which augments the reality of a user, utilizes a headset based on Microsoft’s Hololens and Azure cloud services to help with the computing side of the augmentation. The Microsoft Hololens itself acts very similarly to a virtual reality headset. But rather than relying on putting users into a completely simulated environment as VR does, the Hololens is an augmented reality (AR) headset that takes real-time information of the user’s surroundings and creates virtual constructs according to that data. For example, AR headsets like Hololens allow users to see the real world but will add virtual elements like a digital animal.

Regarding what the United States Army will use these headsets for, they declared in a statement that the IVAS will primarily help soldiers rehearse and train for battle. One of the features in the IVAS is a Heads Up Display. The Heads Up Display in the IVAS will incorporate information from “existing high-resolution night, thermal, and soldier-borne sensors” which will provide soldiers with improved awareness of their surroundings, ultimately leading to better-informed decision making. Mirroring this statement, Microsoft also announced that the IVAS will deliver “enhanced situational awareness, enabling information sharing and decision-making in a variety of scenarios.” The Army additionally commented that different aspects of augmented reality and machine learning would be used to “enable a life-like mixed reality training environment.”

This contract is only the newest addition to the rapidly increasing use of similar augmented and virtual reality technology that is being introduced in other parts of the United States military. The Air Force recently began experimenting with the use of virtual reality to help train their pilots. The Pilot Training Next program uses a mix of augmented and virtual reality simulations to help pilots learn how to fly before they begin flying in real aircrafts. The use of simulations also allows for the incorporation of artificial intelligence which points out mistakes to help pilots improve. Additionally, the Air Force has experimented with the Virtual Reality Procedures Trainer (VRPT). The system, meant for pilots of the B-52 bomber, is a replica of a cockpit with virtual reality headsets for immersion. Like the Pilot Training Next program, the VRPT also uses artificial intelligence to give feedback on the user’s performance.

However, several Microsoft employees were displeased with the direction that the Hololens technology was taking and a letter was released in 2019 calling for the annulment for the original $480 million contract. The letter expressed issues Microsoft staff had with creating “technology for warfare and oppression” and the fear that AR technology would only turn “warfare into a simulated ‘video game,’ further distancing soldiers from the grim stakes of war and the reality of bloodshed.”

Regardless of ethical concerns, virtual and reality augmenting technology present a bright and exciting alternative to already established training methods that could be costly. This application can not only be done in the military field but other areas like the medical world.