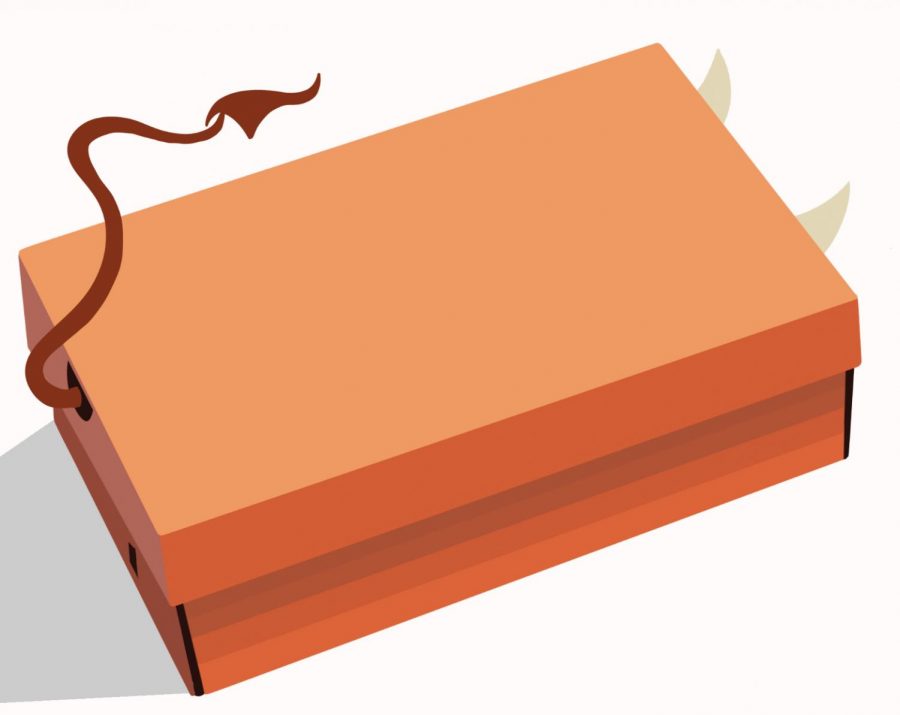 On March 26th, 2021, the American singer Lil Nas X released a music video for his hit single “MONTERO (Call Me By Your Name),”—the name playing off the title of a popular gay romance film from 2017—which featured provocative dancing, explicit language, and various symbols empowering his identity as a openly gay man in the music industry. The singer came out publicly as gay in June of 2019 and has received continuous backlash from a particular demographic of Americans; many fans who had enjoyed Nas’s hit songs like “Old Town Road” quickly ceased their support or condemned the artist after he had established a gay and unapologetically feminine image. Like many gay icons of the music industry since the 1970s, Lil Nas X had been demonized by a large portion of the public who hold onto discriminatory, homophobic religious beliefs.

As a form of social commentary and response to hate he had received, the MONTERO music video showed Nas being “corrupted” by the forces of a satanic entity and dancing lustfully  into hell; he used an empowering song to reclaim the stories spread in Christian communities that associated homosexuality with sin, the devil, and eternal damnation in the afterlife. Since its release, the song and video has already made a strong impact on listeners, gay or otherwise, who felt empowered by Nas’s message, yet it unsurprisingly struck a nerve with conservative America. Right-wing media quickly spread their contempt and concerns over the music video, and news sites and preachers angrily warned of the influence that the video could have on the sexualities of developing youth. Many thought that the overtly sexual gay scenes could somehow spark “sinful” tendencies in their own children and that Lil Nas X himself was threatening to their ideals of social order.

Along with the music video, Lil Nas X collaborated with the Brooklyn-based MSCHF Product Studio company in releasing a pair of faux Nike sneakers bedazzled in satanic symbolism and decoration. The sneakers obviously played into the same counterculture message projected by his music video and further angered religious right-wing groups and Nike itself.

After the MSCHF brand started to sell 666 pairs of their limited edition “Satan Shoes,” styled as Nike Air Max 97s with the trademarked logo, the Nike brand publicly explained, “We do not have a relationship with Little Nas X or MSCHF. Nike did not design or release these shoes, and we do not endorse them.” The major shoe company then filed a lawsuit against MSCHF in the US District Court for copyright infringement that Monday, March 29th. Nike was concerned that the sneakers created confusion and an erroneous association between them and the controversial message that surrounded Nas’s product.

Nike’s business concerns of association with the satanic message were not unwarranted, as famous celebrities have even condemned the shoes. NFL players Nick Young and Trevor Lawrence along with Governor Kristi Noem from South Dakota have all taken to Twitter to publicly disapprove of the infamous sneakers. Noem even engaged in a heated back-and-forth with Nas himself on the platform, throwing a few popular Bible verses at the artist before Nas promptly retorted, “ur a whole governor and u on here tweeting about some damn shoes. do ur job!”

On April 1st, US District Judge Eric Komitee ruled in favor of Nike in the copyright lawsuit against MSCHF, halting the production and further sales of the “Satan Shoes.” The sneakers lost in court, but Lil Nas X’s overall message of gay empowerment was heard loud and clear, as the event (once again) highlighted the social intolerance of some conservative Americans who have attempted to suppress gay pop culture and even restrict the expansion of LGBTQ rights for decades. Although queer acceptance in the United States has increased gradually over the years, 57% of LGBTQ Americans still report violence, threats, or harassment based on their identity; there is undoubtedly a long ways to go. Lil Nas X and other openly queer pop artists have used music to rejoice in their sexualities and empower developing youth who may be inundated with intolerance in their home or school environments.