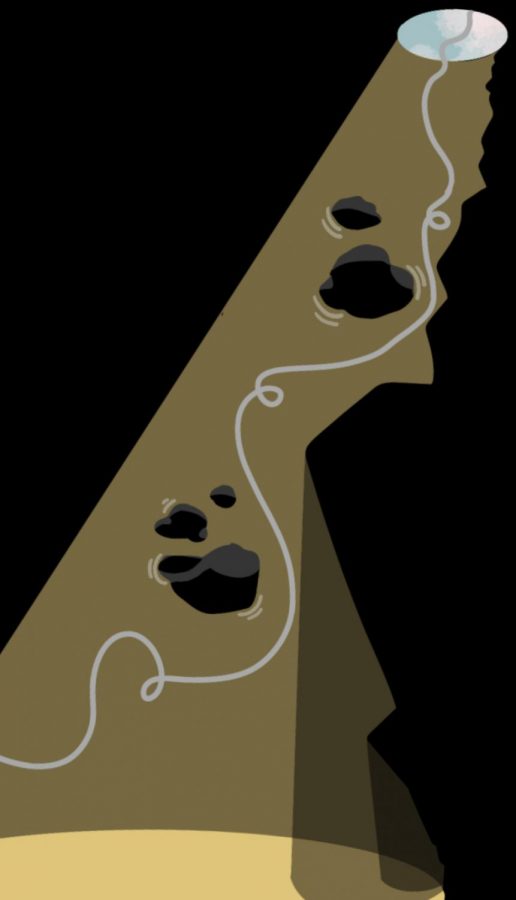 In February of 2021, Pixar Animation Studios released an animated SparkShort titled “Wind,” both as a response to anti-Asian racism and to shed light on the struggles and sacrifices immigrants make for their children. The story follows a young Korean boy and his grandmother, who are trapped at the bottom of a deep hole in the ground. The two, who are shown to be very close, build a rocket to escape, a dangerous feat considering the massive rocks blocking their exit. In his makeshift rocket, the boy is barely able to make it out of the dark hole and into a beautiful landscape. But his grandmother, who he tries to pull out of the chasm using a long rope, never makes it to him because she silently knew that it was only possible for one of them to escape. The short ends with the boy sitting on the ledge looking back down into the dark hole, holding a gift from his grandmother and presumably waiting for a day when he can rescue her.

The short’s YouTube upload, which is also available to view on Disney+, states that “Pixar Animation Studios and the SparkShorts filmmakers of ‘Wind’ are in solidarity with the Asian and Asian American communities against Anti-Asian hate in all its forms. We are proud of the onscreen representation in this short and have decided to make it widely available, in celebration of what stories that feature Asian characters can do to promote inclusion everywhere.” However, not only was “Wind” made to help combat anti-Asian racism, but it also highlighted an important but generally avoided topic. Writer and director Edwin Chang says that the setting and story are metaphorical for situations immigrants face. “The story itself at its core is an immigration story,” he stated. The grandmother and grandson represent his own grandmother and father, who escaped from North to South Korea during the war. In an interview with ABC7, Chang said his grandmother “was a single mother after the Korean War, an[the film is] inspired by everything she did [to] take care of her kids and my dad, feed them, educate them and eventually [send] them all the way to the US for a new life.”

Producer Jesus Martinez adds that the story is relevant to the border crisis and immigration debate at the US-Mexico border. “We were making this last year [when] the situation at the border and the refugees that were being held up there … kind of flared up, and it was just kind of one or two sides of the story that we’re being told. So for me, it was so important to sort of put a different perspective out there of showing that these decisions are never easy. And they’re both full of fear and hope at the same time.”

Although Chang’s grandmother did not live to see the completed short film, he believes that it would never have come to fruition without her and the sacrifices she made. “The main source of her joy was taking care of her children and making sure that they were thriving,” he said. “And so, I think, for her to see this and see how her children and her grandchildren have done … I think that would make her really happy.” It is evident that Chang holds this story close to his heart, as he went from working on Pixar’s technical side as an engineer to becoming a director on the artistic end.

“Wind” deserves nothing less than a 5-Falcon rating due to its beautiful animation, creative and meaningful way of telling many immigrants’ stories, and ability to convey a powerful message without using any dialogue. The Pixar team has outdone themselves in bringing attention to these issues through an authentic and personal story.