Less Viewership and More Controversy at the 2021 Grammys 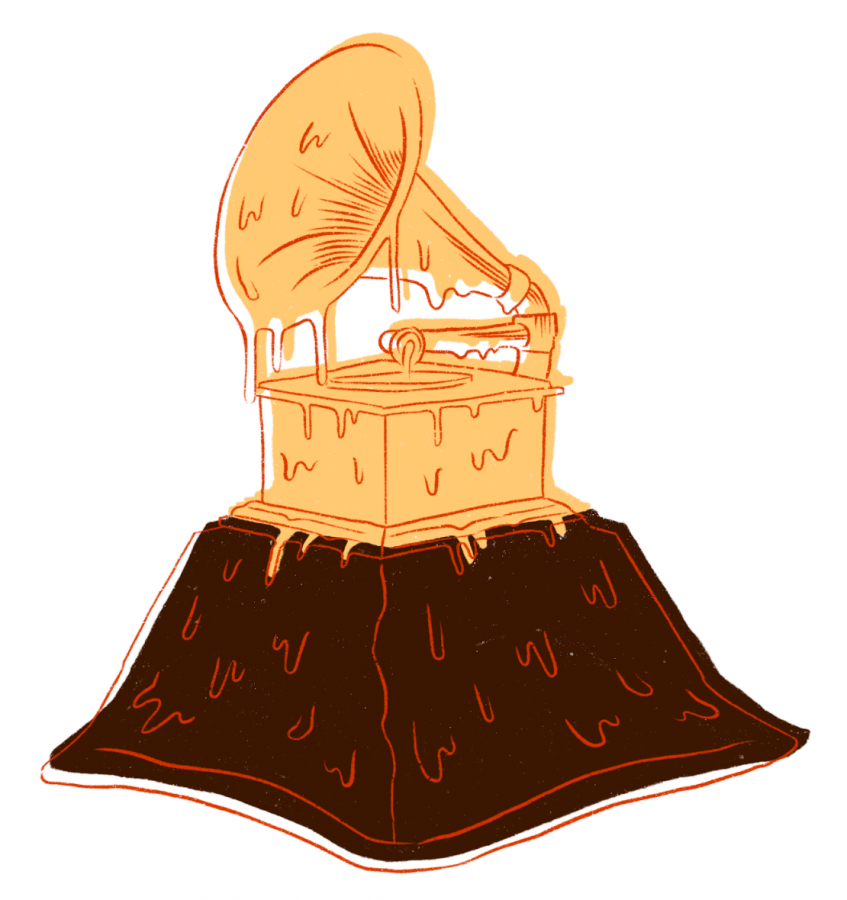 On a spring day in Los Angeles, California, artists gathered at an awards ceremony held at the Beverly Hilton to honor the most influential records of 1958. The first-ever Grammy Awards was held on May 4th, 1959, and would become an annual event that artists today dream of attending. Millions all over the world watch as celebrities in bejeweled ensembles walk the red carpet, perform on elaborate sets, and graciously accept awards. Looking past the glittering gowns, the Grammys, as well as many other well-known awards shows such as the Oscars, Golden Globes, and Emmys have been subject to criticism from the press. As we work through another awards season, checking the media to see the roar of scrutinizing comments, frustration, and an outcry for change has become almost routine. The arts are a very important part of our daily lives, and for many, they are what has gotten us through over a year of so much time at home.

However, the Grammys have been experiencing a decline in viewership over the past few years. This year viewership fell 53%:  8.8 million Americans watched the show in 2021 versus the 19.9 million for the 2020 Grammys, with the broadcast receiving the lowest ratings in Grammys history. Much of this loss in interest comes from the decreasing amount of respect Americans are starting to have for the show itself. The Recording Academy has faced backlash from the artists who submit their work to be nominated as well as the fans who feel a connection to the music, facing allegations of racism, sexism, and corruption in the voting process. During the airing of the 2021 show, the Academy repeatedly claimed to not be involved in any sort of unfair activity, and that they will continue to strive for a trusted voting system.

The most shocking snub of this year’s awards is The Weeknd’s (Abel Tesfaye’s) chart-topping album “After Hours” getting zero nominations. The Canadian R&B/Soul singer made quite the statement by not attending the Grammys, vowing to never submit his music to be considered again. In a comment provided to The New York Times, Tesfaye stated he would no longer participate “because of the secret committees.” These infamous secret committees mentioned are part of the final stage of Grammy’s lofty voting process. Thousands of professionals in the music industry will pay a yearly fee to become a member of the voting committee. If they are eligible, they are required to vote in a certain number of categories, even if they have little knowledge on the genre. Once members have voted on the pieces that will receive a nomination, their results move on to a committee of members whose identities are kept secret. This “secret committee” makes the final decisions about the official nominees in a given category.

Many took to Twitter to share their anger about the Recording Academy’s consistent failure to recognize the women and people of color who make an impact on the music industry. Former One Direction member and current solo artist ZAYN tweeted on March 14th, “I’m keeping the pressure on [and] fighting for transparency and inclusion. We need to make sure we are honoring and celebrating ‘creative excellence’ of ALL. End all the secret committees.”

In the 63 years of Grammys, ten Black artists have received Album of the Year. There are various historic snubs to remember, such as legends Michael Jackson’s fifth album “Off the Wall” and Prince’s fifth album “1999,” not receiving nominations. More recently, Beyoncé’s loss to Adele for Album of the Year in 2017, or Kendrick Lamar’s losses to Macklemore, Daft Punk, and Taylor Swift. All of the musicians who won are clearly extremely popular and talented, but it is evident that there is a trend of not recognizing the artists of color who have had an unmistakably larger influence on their category.

No matter what the Recording Academy is claiming to do to improve, whether it be recruiting a more diverse group of voting committee members, or clearing the air on what goes on in the secret committees and the connections they may have to artists, it is now understood that the amount of Grammys an artist has is no longer an indicator of being a superior musician. At the end of the day, the artists themselves understand that the real reward of making music is the support experienced from the fans and general public, not from name-less voters. Nonetheless, the Recording Academy must respond to the push for change, or we may see the Grammys forgotten forever.