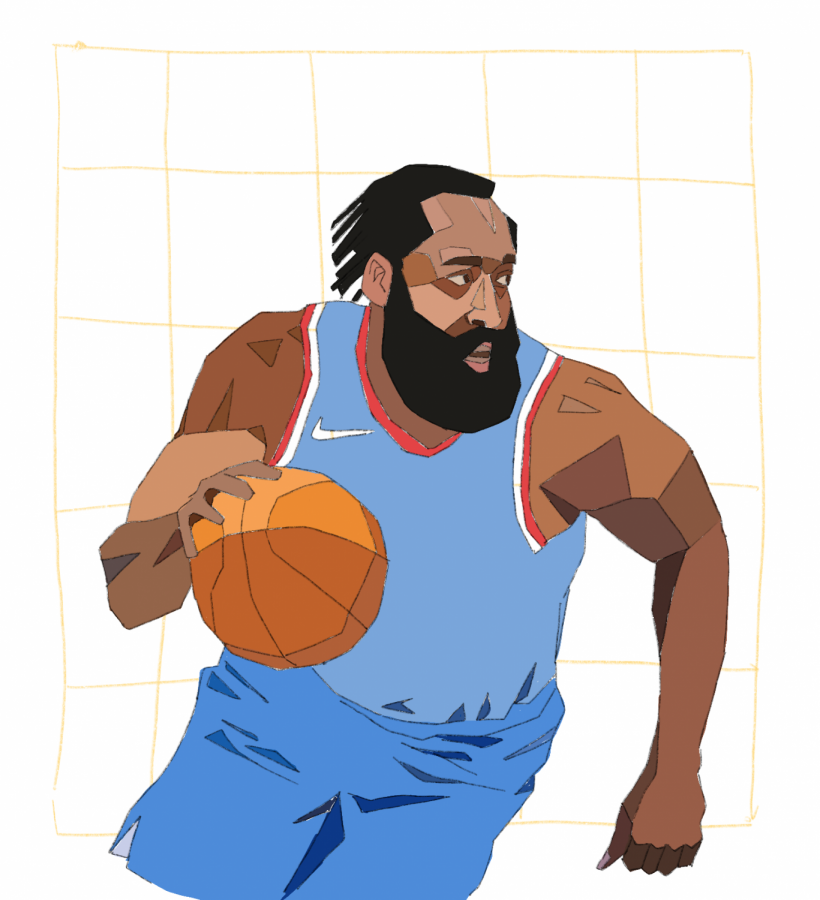 Boy, are the Brooklyn Nets fun to watch (as long as you aren’t a Boston Celtics fan, or a Russell Westbrook diehard enthusiast like me who takes pain in every single Nets win).

Going into the season, many saw the Nets as a title contender in the East with the return of (again, it pains me to say this) superstars Kyrie Irving and Kevin Durant to go alongside a formidable cast of role players, including Caris LeVert, Spencer Dinwiddie, and versatile big Jarrett Allen. However, after a torn ACL suffered by Dinwiddie in mid-January, and an unannounced departure from the team by Kyrie Irving (which led to retirement speculations), the once strong contenders seemed vulnerable.

Simultaneously, James Harden, the Houston Rockets superstar and face of the franchise, was growing unhappy with his position on a stagnating team. The situation boiled over several times in the early portion of the season, including Harden showing up late to the season and out of shape. Harden gave voice to the rumors that he wanted out in early January after a particularly disappointing loss: “I mean, this situation is crazy. It’s something that I don’t think can be fixed.”

One day later, he was moved to the Nets for a plethora of picks and Victor Oladipo in a four-team trade that landed Caris LeVert on the Indianapolis Pacers. The deal was met with initial skepticism, as many saw Nets general manager Sean Marks as having given up too much; Jarett Allen’s inclusion in the trade specifically created a large concern with what the team’s defense would look like without a true rim protector.

However, over two months in, the trade has worked to near perfection. Concerns over whether Harden could fit alongside Irving and Durant (ones that I did not hold) have been answered with Harden taking over more of a facilitating role (he has averaged a league leading 11.4 assists), and stepping up as a scorer when his fellow superstars have been out (one of the only concerns I have with the team is the health of Irving and Durant).

The Nets are now 21-7 since the trade and sit at second place in the Eastern Conference with a 28-14 overall record. The Nets also have the highest offensive rating in the NBA (118.2)—a number that would be the highest in NBA history. The Nets defensive rating, as expected, is a putrid 116.7; yet, the number is not as bad as immediately after the trade. More importantly though, the Nets have found a way to play solid defense against the best teams in the league: the team held the Los Angeles Lakers and Los Angles Clippers to 98 and 108 points respectively in back-to-back games in mid-February.

As much as it pains me to say it, Harden has fit in seamlessly with the Nets, and looks to lead the team to their first NBA finals since 2002, where the New Jersey Nets lost to the Shaq and Kobe Lakers.

LaMelo Ball and an Update on the Rookie Class

As much fun as the Nets are, the Charlotte Hornets are even higher on my NBA League Pass Rankings. Led by Point Guard LaMelo Ball—the heavy favorite to win Rookie of the Year—the resurgence of Point Forward Gordon Hayward, and the emergence of Terry “Scary Terry” Rozier, the Hornets are turning heads around the league. The Hornets currently sit in second place in the Southeast Division and fifth place in the Eastern Conference overall with a surprising 20-18 record, as of March 17th.

More than record though, the Hornets play with a style and pace that few others can match (with the possible exception of the Nets). LaMelo Ball’s flashy full-court passes and lobs to third-year pro Miles Bridges have convinced many around the NBA that he is the Rookie of the Year over the likes of Sacramento’s Tyrese Haliburton and Minnesota’s raw, athletic phenom Anthony Edwards. LaMelo began the season coming off the bench, as he was behind both Rozier and second-year guard Devonte’ Graham; yet, he quickly began to show off the transcendent playmaking skills that led him to be ranked so high going into the 2020 NBA draft (he averaged 6.1 assists per game over his first 20 games coming off the bench).

However, what came as a shock to many were the drastic improvements made in Ball’s shot selection, defensive effort, and shot-making abilities. LaMelo’s jump shot became much more relaxed in the NBA—something scouts feared would never happen after watching video of Ball’s stint with the Australian NBL team the Illawarra Hawks.

Though Ball’s first twenty games offered a glimpse of possible stardom, he saw his fair share of lapses of judgement as well. After a particularly awful performance on January 23rd in which Ball had 5 turnovers in 16 minutes, Hornets Head Coach, Jame Borrego, said, “If you’re turning the ball over five times in 16 minutes, that ain’t gonna cut it for me.”

Borrego was ultimately (thankfully) forced into starting LaMelo after Rozier suffered a sprained right ankle in late January. The rookie sensation has put up almost unheard of numbers in his 17 games since becoming a starter: he has averaged 20pts/6.8ast/6.3reb to go alongside a shocking 45.5% clip from behind the arc. He also ranks third in total steals in the NBA and fourth on a per game average. He has already become perhaps the most entertaining Ball brother in the NBA, and one of the most flashy players in the entire league (believe me, I love Lonzo, but LaMelo has already surpassed him in terms of my fun rankings, if not in terms of skill as well).