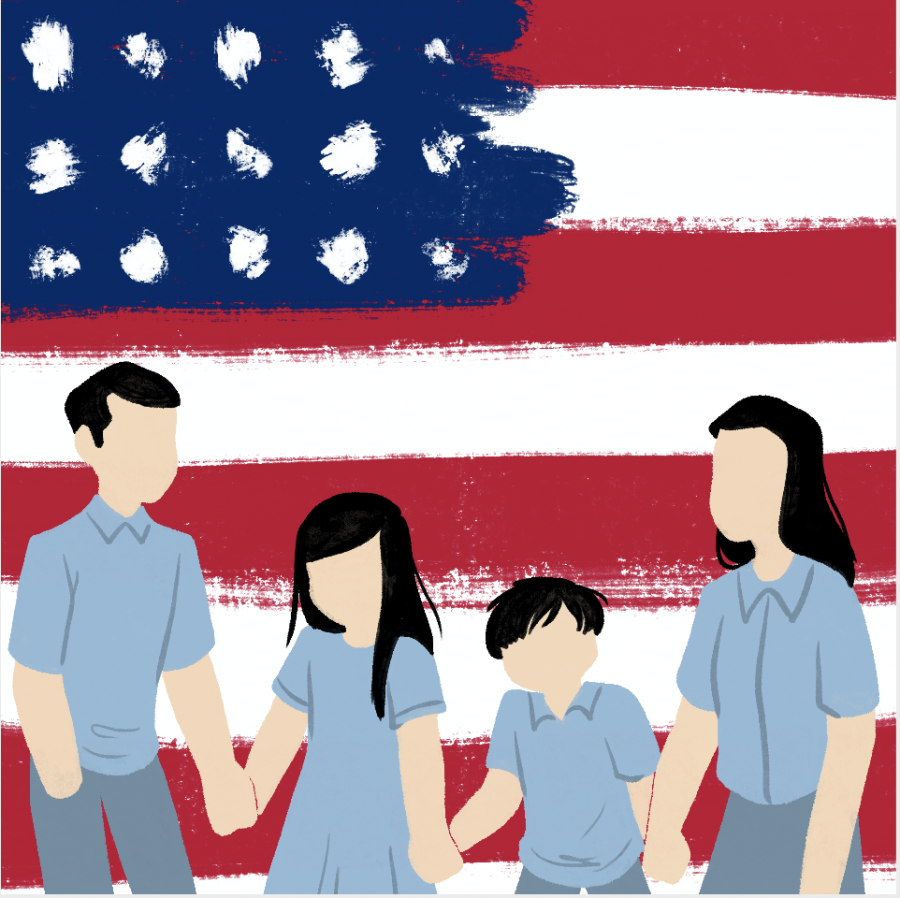 Minari, the newly released drama produced by A24, recounts the immigrant experience through actual immigrant voices, and it pays off. Written and directed by Lee Isaac Chung, the film follows a Korean family settling on a farm in rural Arkansas. Jacob (Steven Yeun) and Monica (Han Ye-ri) Yi are a married couple with a strained relationship. Their two children, David and Anne, have to adjust to the cultural shock of meeting and living with their Korean grandmother for the first time.

In an interview with NPR, Chung disclosed that he began writing the movie by creating a list of memories from his own upbringing as a first-generation child in America. Accordingly, the plot of Minari feels like a sequence of memories stitched together. Other than the progression of the family farm’s development, there is no obvious linear movement in the plot—just scenes of the family members that reveal more about them, and character dynamics that unfold.

Family relationships are a major theme of the film, with the deteriorating marriage of Jacob and Monica—the married couple is rarely shown not arguing over something. Their fight over Jacob’s choice to move the family to rural Arkansas is exemplified by Jacob’s decision to prioritize the success of his farm over the security of his family. Jacob asserts his reasoning being that “[their children] need to see [him] succeed at something for once.” Chung’s depiction of their flawed marriage is powerful, showing the sadness in a marriage falling apart when put into a high-stakes situation like moving across the world. A lighter family dispute is David’s apprehensive outlook on his grandmother, whom he calls “not a real grandmother,” because she doesn’t bake cookies like a typical American grandmother. While this moment was played off as comedic relief, there is a sad reality of immigrants not being able to relate to their relatives or culture, and feeling like they don’t fit in anywhere.

Minari is a story about family, catering to the unremarkably routine moments with the people who happened to be in closest proximity to you: activities from your childhood—like watching television with your grandmother or sitting at a church service surrounded by people you don’t know—that may have seemed mundane at the time have a golden nostalgic tint over them. It’s these sacred, quiet moments that Minari pays the most attention to.

The world that Lee Isaac Chung develops in Minari is small, and Chung does an excellent job capturing the isolation and loneliness that comes with being an immigrant in America. The Yi family settles in middle-of-nowhere Arkansas, miles away from any city. Having left behind all their friends and family members back in South Korea, the Yi’s often sink into their solitude. Their only outside interactions are minimal and short-lived, like the small talk they share with their co-workers at the hatchery they work at, or with their eccentric neighbor Paul who helps at their farm. The consequences of this loneliness hit Monica the hardest, and Jacob promises to take her to a church so she can make friends. When the Yi family actually ends up attending a church service, they leave after having lived through microaggressions and awkward language barriers.

Although Minari has received widespread critical acclaim, the film still faces the boundaries that a non-white film always has. Even though the film is half in English and takes place in the US, it was left out of the main categories at the Golden Globes, instead being placed in the Best Foreign Language film category. This situation similarly happened with 2019’s The Farewell, which was also placed in the Best Foreign Language film category even though the film’s main character was American. The Farewell’s director, LuLu Wang, called out the Golden Globes this year for excluding Minari from the main categories, Tweeting, “I have not seen a more American film than Minari this year. It’s a story about an immigrant family, [in] America, pursuing the American dream.” Minari, like last year’s Parasite, also failed to receive any acting nominations at the Golden Globes, even though performances by Yeun and Ye-ri have been praised as exceptional by many critics. Minari is a story that takes place in America, about immigrants adapting to American culture, featuring American actors—yet it wasn’t considered American enough to be recognized in the main categories at the Golden Globes.

As a Korean American, I can attest to the accuracy of Minari. Every single detail in the film is so thoughtfully placed, and relatable to my childhood to the point where it is painful to watch at times. The film has been released digitally alongside its theatrical release. If you have the means to watch this film, do it, and keep supporting marginalized voices in the media.