Seesaws Along Border Bring Mexican and American Children Together 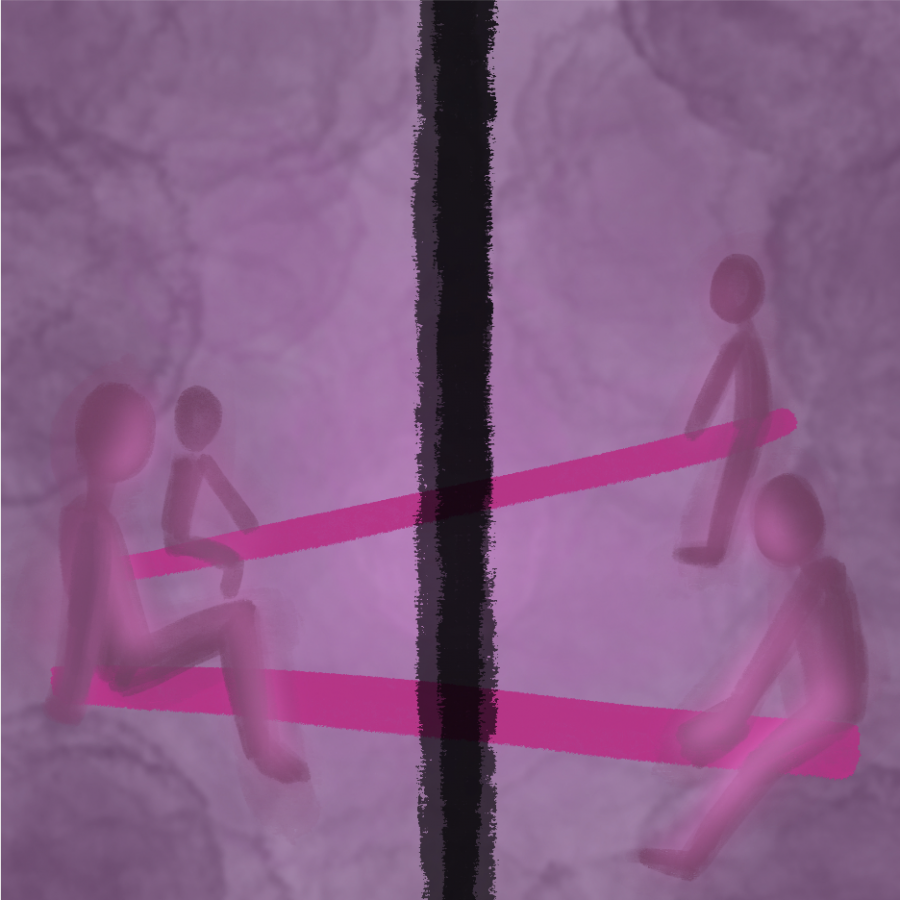 Despite the pandemic and its lasting effects carrying over in the new year, an optimistic future is on the horizon—with a hint of childish pink. Curated by artists Ronald Rael and Virginia San Fratello, for the London Design Museum, bright pink seesaws have been added along the U.S. and Mexico border wall for children from both countries to play with each other. This project has earned international recognition, being awarded the 2020 prize for best design by the London Design Museum. While these children—many of them too young to understand the significance of the border wall—may not be able to hang out in the same country, they can at least play on the same seesaw together.

The vision for the piece was “united rather than divided,” says San Fratello and Rael, viewing the border as a site to forge connections and relations between citizens of the US and Mexico through the gaps of the steel wall. Reportedly, the idea came to them approximately five years ago in response to former President  plans to build a wall along the U.S. and Mexico border.

The border wall was created to act as a harsh metal barrier separating the two countries for stronger immigration patrol and border security. However, between El Paso, Texas, and Ciudad Juarez, the wall has become a point of conjunction, allowing children from opposite countries to use the playground toys and converse, working to promote community, generosity, and collaboration. The childlike playful significance associated with the connotation of seesaws, is in many ways a form of resistance done in an innocent way. “For the first time, children from both El Paso, Texas, and the Anapra community in Mexico were invited to connect with their [neighbors], in an attempt to create unity at the politically divisive border,” pointed out the London Design Museum.

The structure, officially named the “Teeter-Totter Wall,” was installed in July 2019, and has been used as a means to criticize the wall and re-evaluate its effectiveness. San Fratello comments that, “With the current events of the country we are reminded that we need to build bridges not walls.” The project resonated with people worldwide, Fratello adds, saying, “It speaks to the fact that most people are excited about being together, and about optimism and about possibility and the future. And the divisiveness actually comes from the minority.” Concerning its installation, Rael voiced, “It was peaceful and fun—a day at a park for the children and mothers of Anapra,” turning his five year project into a reality. Additionally in his book, “Borderwall As Architecture ,” he mentions how the border wall looks like a scar and the colorful seesaws alongside it look like stitches, restoring peace and joy.

The project’s media presence though the pictures and videos uploaded of people playing on the seesaw from both sides of the border have gone viral. It is a reminder that actions on one side have consequences on the other. “The walls do not prevent immigrants from coming into our country. The walls do not prevent the spreading of a virus,” explained Rael, “We need to think of how we can live together without hurting one another.”