After the Coup, We Need Progression—Not Compromise 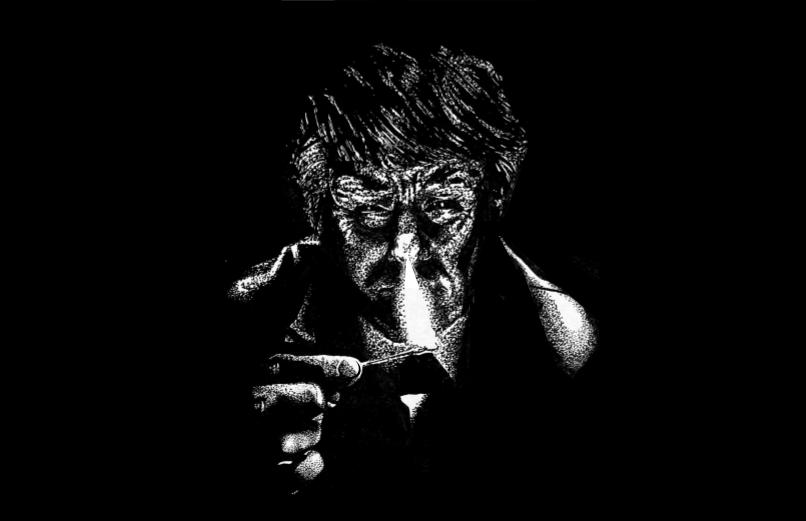 In the first debate of the 2020 election cycle, when asked if he would commit to a peaceful transfer of power, Donald Trump, the president of the United States, said simply: “We’re going to have to see what happens.”

It was a line many of us brushed off. Donald Trump, since his first day in office, has been one of the greatest tests that the American democratic experiment has ever faced. In the waning months of his presidency, Trump began to sew the seeds of a scenario in which, even if he lost, he could still come out as the winner. He began to rail against mail-in voting, he called elections rigged before they even happened, and on election night, he declared he had won an election with much of the electorate still left to be counted.

It is hard to fathom the amount of damage that a demagogue, hidden behind a cloud of stupidity and arrogance, can do to a nation, but in the last few weeks of the Trump presidency, we saw it first hand. And it was made possible by the rest of the Republican party. For the last four years, we have been asking ourselves and Republican politicians: Where is the line? How far will you let Trump go, disrespecting our institutions, erasing the integrity of America? How many people have to die under his watch? Thus far, the GOP has tolerated phone calls from Trump with Georgia’s secretary of state, pushing him to “find” the votes needed for Trump to win the state. They have encouraged Trump’s denial of the severity of COVID-19, not wearing masks themselves, and opening up their states while the number of virus cases are reaching new highs daily. They have reinforced Trump’s ideal of “law and order,” that a police crackdown is necessary, but only when shepherding crowds of Black Lives Matter protesters.

For some Republicans, the line was the storming of the Capitol. After four years of following Trump, they just didn’t have it in them to support one more undemocratic, hateful, bigoted ploy. It seems silly. Although an attempted coup is a more extreme manifestation of the corruption Trump exhibits, the past four years have all carried the same essence: disrespect, violence, and stupidity.

Trump has been fanning the flames of white supremacy for four years. In the first presidential debate of 2020, he failed to condemn white supremacists, instead telling the Proud Boys, a white supremacist group, to “Stand back and stand by.” On January 6th, pro-Trump rioters, including members of the Proud Boys, descended on the Capitol, wearing antisemitic shirts saying  “6 million wasn’t enough” and “Camp Auschwitz’‘ while roaming through the halls of “The People’s House.” Others waved the Confederate flag in the Capitol building, which many commentators said was a first in American history.

Earlier in the year, as Trump railed against Black Lives Matter protests, he also ordered the peaceful protestors outside of the White House to be removed from the grounds—with force. In a shocking scene, police fired tear gas and rubber bullets on the crowd. Then, once the crowds were removed, Trump walked to a church, and held a Bible outside of it as a way of showing his own “power” and “strength.” It was a dumbfounding event. But when Trump ordered his supporters to DC for his “Stop the Steal” rally, there was no such force exerted. The police stood by as Trump supporters barged their way through the Capitol, looking for members of Congress to harass—or worse. The glaring double standard, to many, was a surprise. To those who have paid attention, it was just more of the same, and proof of the white privilege and supremacy that have always been a part of the American project.

The Confederate flag had, in fact, been hung up in the Capitol previous to January 6th. For years, the Mississippi flag, bearing the symbol of the confederacy on the upper left corner, hung openly in the halls of the capitol, for every person to see. We can pretend that America has been better than this, and that this is only a slight bump in the road for the nation. But the hatred we saw on Wednesday showed a side of America that has always existed, even if it wasn’t always so apparent.

And yet, there is still some hope for the nation. Despite the horrors the nation faced at the capitol, Democrats had enormous wins the morning of January 6th, with both Jon Ossof—a Jewish candidate—and Reverend Raphael Warnock—a Black candidate—taking Georgia’s Senate seats. Georgia was a stretch for Democrats, with a campaign that cost hundreds of millions of dollars, but they pulled it off. The Democrats have a 50-50 senate now (a majority with the vote of the new Vice President, Kamala Harris), and a small majority in the House. There is now a democratic president, who has already proposed a $1.9 trillion stimulus package, and who represents the institution of American democracy. However, while condemning the mob violence, Biden claimed that “the scenes of chaos at the Capitol do not represent who we are.” Biden won the election on the promise of unity, and is continuing to promote this rhetoric in the moments leading up to him taking office. Unity and compromise are not acceptable anymore. There is a boundary, a line, where we can no longer negotiate and listen, and that line is when our Republican House members can tolerate the utter violation of our democracy. No, this is not a time for togetherness, for understanding, because how could we possibly understand the supporters of Trump, a man who has caused America irreparable harm? This is a time for progression. The restoration of our democracy, and then the creation of justice. We have the means, we just need the leader.