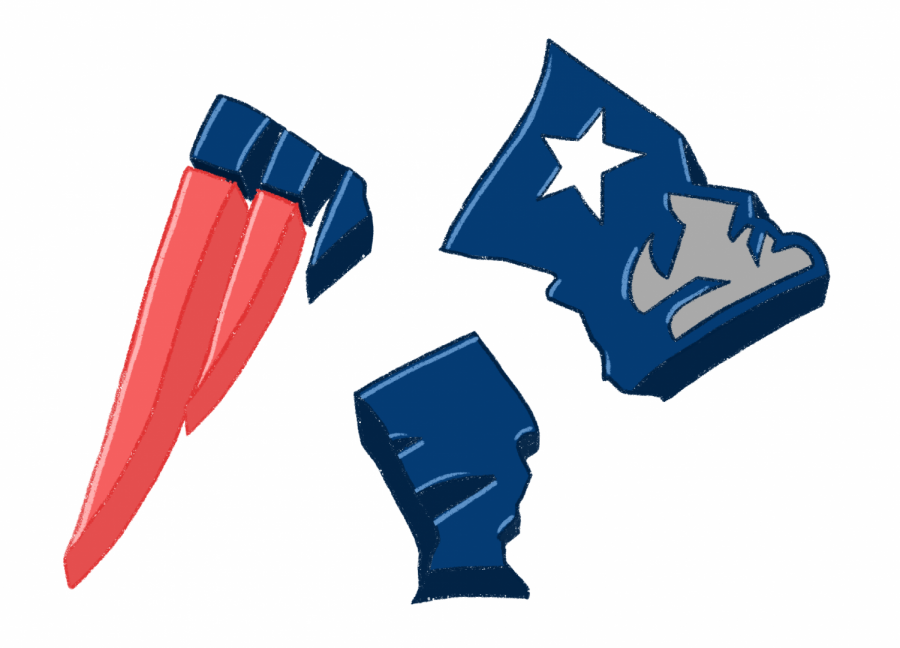 After dominating the National Football League (NFL) for the vast majority of the past two decades, the Patriots finally came back down to Earth in their first season after Tom Brady. After signing former MVP Cam Newton to a one-year $1.05 million incentive-laden contract late in the offseason, many NFL fans chastised the rest of the league for letting the Patriots pick up Newton on such a cheap deal. The Patriots and Newton started off the season hot with two dominant wins against the Dolphins and Raiders and a near-upset victory against the Seahawks in which Newton passed for 397 yards and rushed for 47 more. However, prior to a Week 4 matchup against the Kansas City Chiefs, Newton tested positive for COVID-19. The team was forced to isolate and miss several practices in the lead-up to the Chiefs game and entered a four-game losing slump after the positive test. The Patriots seemingly rebounded, winning four of their next five games, including a 45-0 beatdown against the Chargers, to keep the team’s playoff hopes alive. Despite the brief success, the Patriots were then embarrassed with three straight losses, including two blowouts against the Bills and Rams on primetime, ending any hopes of postseason football. Over the course of the 2020 season—one in which the Patriots had their first losing record since 2000—issues at quarterback, wide receiver, and defensive line plagued the team all year.

The most obvious issue affecting the Patriots was the lack of good quarterback play. After nearly two decades of Tom Brady starting under center, the Patriots were finally reminded of the struggle that teams without a franchise quarterback endure. Newton did show some decent flashes throughout the season by rushing for twelve touchdowns, but a lack of consistency in the air was ultimately his downfall. Newton only passed for 2,657 yards—the fewest in Patriots team history for a quarterback that has started at least fifteen games. Then again, there is still a chance that Newton returns to the Patriots. Some fans point to the Patriots’ lack of receiving weapons and the fact that offensive coordinator Josh McDaniels hadn’t had the opportunity to build a system around Newton’s talents to blame for his struggles this year. Judging by the fact that second-year backup Jarrett Stidham did not see much action despite Newton’s struggles, New England will likely be looking to bring in a new quarterback during the offseason if they opt to replace Newton.

Slotted to pick at fifteen in the draft, most of the top quarterback prospects will be gone by the time that the Patriots are on the clock. Options like Kyle Trask or Mac Jones should be available at fifteen or potentially even in the later rounds of the draft. Prospects Trey Lance, Zach Wilson, or Justin Fields could be targets in a trade up scenario that could even fall to fifteen. If the team decides on an inexperienced quarterback, they may also look into signing a veteran like Ryan Fitzpatrick in a bridge role—a position he played this past year for the Dolphins and their rookie quarterback Tua Tagovailoa. The Patriots could also target trading for an underperforming QB such as Carson Wentz, Sam Darnold, or even a possible reunion with Jimmy Garoppolo. These players have shown potential in the past, but have recently struggled, albeit with limited talent around them.

After spending many years relying on veteran receivers and tight ends to complement Brady, including an aging Julian Edelman and Rob Gronkowski, the Patriots were left without much talent at the position. In fact, since 2014, New England has only invested one selection in the first two rounds of the draft at wide receiver or tight end, with that one pick, N’keal Harry, disappointing so far. The woes were only amplified when Julian Edelman—the only Patriots receiver to crack 400+ yards in 2019—went down with knee issues and a positive COVID-19 test. One bright spot for the group was the emergence of second-year undrafted wideout Jakobi Meyers, who led the team with 729 receiving yards, 722 of which came after Week 7.

Another major hindrance to the Patriots’ success in 2020 was a lack of flexibility within the NFL’s salary cap. In order to try and win while Brady was still with the Patriots, Belichick restructured his deal so that they would use less cap space on Brady’s deal in 2019 while leaving a thirteen and a half million dead cap hit for 2020. Additionally, the Patriots were also left with smaller dead cap hits from Antonio Brown, Stephen Gostkowski, and Michael Bennet getting cut in 2019. The cap issue left the Patriots without much ability this past offseason to resign Brady or target any free agents to remedy the aforementioned issues at receiver or along the defensive line. The typically reticent Belichick even mentioned that a lack of cap space was a hindrance in 2020 and played a role in only spending one million guaranteed on Newton late in the offseason. These issues were only exacerbated when eight Patriots opted out for health and safety reasons, the most out of any team in the league. The departures left the Patriots with a lack of depth on the roster, especially on the defensive front. Luckily, the Patriots have the fourth-highest cap space of any NFL team in the upcoming offseason, which provides plenty of options to retool the roster.

Coming off of the franchise’s first losing record in almost two decades, the Patriots are entering a pivotal and unfamiliar offseason. Without a reliable quarterback for the first time since the 1990s, Belichick will have plenty of work to do in steering New England back to title contention.