The Republican Party Is Doomed 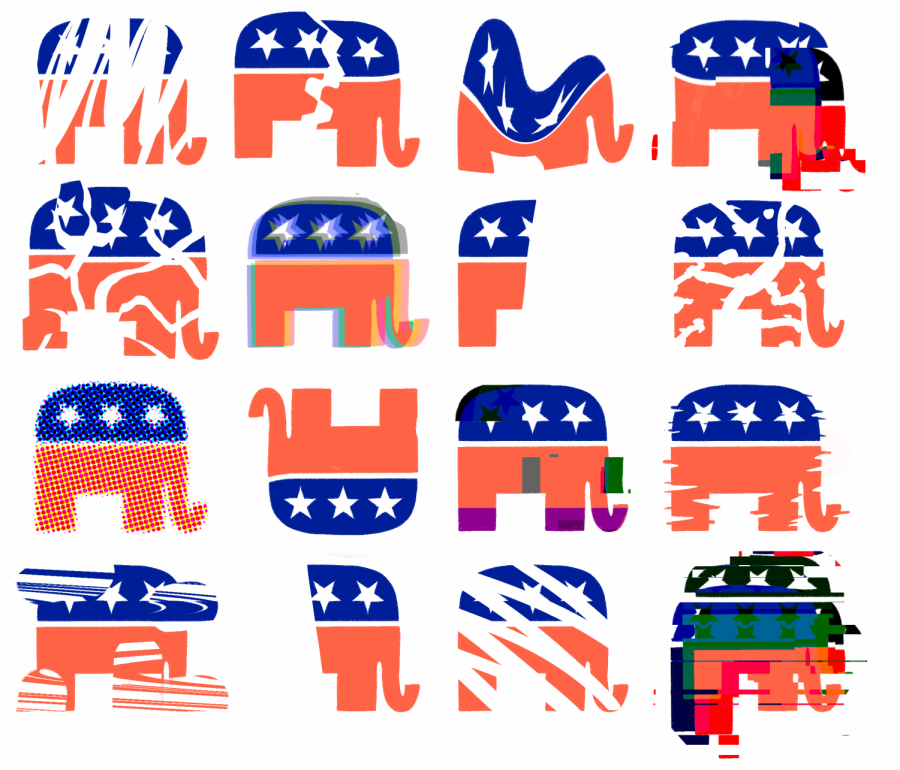 Many Democrats feel that the new year has been a waking nightmare: the Capitol was stormed by domestic terrorists incited by President Donald Trump and many congresspeople refused to condemn the president’s actions. But the past year’s events, the numerous post-election controversies, and the riot of January 6th show that the Democrats may be in for a decade of ascendancy. Shifting political sympathies and participation among different demographics, splits in the GOP, and the future of its leadership may doom the Republican Party for years to come.

The United States can be broadly divided into three large voting demographics: urbanites and most racial minorities, who primarily support Democrats; rural whites, generally supporting Republicans; and suburbanites including some racial minorities, whose allegiances vary greatly depending on education, location, and circumstance.

For the Republicans to win federal elections, they need the suburbs. However, Trump has pushed suburban, moderate conservatives out of the party. The traditional Republican tactic of appealing to financial security, maintenance of the status quo, and safety (a century-old suburban dog-whistle), does not resemble the disorderly and extremist viewpoints of the Trumpist GOP. The Republican Party under Trump has catered almost exclusively to its rural base. The borderline white supremacist rhetoric, which decades ago garnered high suburban approval, is at odds with the increasingly diverse, educated, youthful, and liberal suburbs. The result, according to exit polls, was an increase in Democratic presidential margins in the suburbs from 45% to 50% between 2016 and 2020. However, it is important to treat exit polls with caution as they are occasionally unreliable. For example, exit polls in 2016 suggested that non-college-educated whites made up 34% of the electorate when in reality the number was 44%.

The GOP is also faced with increased Democratic turnout among minorities, driven in part by GOP policies and rhetoric. Throughout his presidency, Trump has been antagonistic to many racial minorities, and many GOP congresspeople jumped on his extremist bandwagon in order to appeal to “the base.” Republican refusal to support issues affecting the African American community, obstruction of family-based immigration, and white supremacist language has driven record turnout among these marginalized groups in response. Georgia is the clearest example of this trend. Although numerous polls predicted it, many analysts doubted whether a Biden victory in Georgia was possible. Furthermore, few predicted that both Senate seats would go to Democrats. But African Americans (mainly in the Atlanta metro area), alarmed at the policies of Trump and the GOP, turned out in numbers that won all three state-wide elections for Democrats. The Peach State yielded the Democrats a trifecta in the federal government. It wasn’t just Georgia: Arizona, Michigan, and Pennsylvania had larger Democratic margins due to increased minority turnout. Trump’s dog-whistle rhetoric has had the unintended consequence of driving the votership among marginalized groups to new heights.

Furthermore, President Trump’s baseless allegations of electoral fraud were already damaging the viability of the GOP among moderates. But the insurrection on Capitol Hill may be fatal to the Republican Party as it exists today. The terrorist attack, fueled by GOP attempts to placate the president, has accelerated the moderate exodus. For example, in Duval County, Florida, a minimum of 324 voters deregistered as Republicans within two days of the riot. This trend is occurring in moderate counties nationwide, and deregistrations are likely to increase over the next few months.

But the most dire consequence of the Capitol Hill riot for the GOP is its effect on the unity of Republican lawmakers. As of January 17th, eleven Republican senators are publicly considering voting to convict President Trump for his role in inciting the violence of January 6th. Senator Lisa Murkowski (R-AK) went even further by openly reconsidering her membership in the Republican Party. While only eleven senators are breaking from the party (so far), these rapid developments suggest that the GOP is fracturing. So far, the split within the GOP seems to be confined to the Senate and the voting base, with only ten House Republicans voting to impeach. How serious this rift in the GOP becomes is dependent on the future leadership of the party.

The final nail in the Republican coffin is its leadership, or lack thereof. Who will lead the post-2020 GOP? There are two possibilities as of January 17th: Trump remains the political leader of the party, furthering the growth of alt-right politics, or Trump is replaced by another prominent Republican.

If Trump survives politically and is not prohibited from another presidential bid, he will probably remain the political leader of the Republican Party. This would further weaken the GOP as more erstwhile supporters grow tired of his divisiveness and congresspeople are pressured to conform to his uncompromising worldview. The likelihood of a 2024 Trump victory, especially after the past two months, is low. But a second Trump nomination would probably lead to another Democratic presidential victory in 2024.

If Trump does not run in 2024, the Republican Party faces a different threat: an exhausted supply of charismatic populist figures. Few Republican politicians have broad support throughout the country. Likely candidates to fill Trump’s shoes, such as Ted Cruz, Rick Scott, Greg Abbott, Marco Rubio, Nikki Haley, and Lindsey Graham do not have Trump’s larger-than-life personality or popularity. The weakness of this list highlights the fundamental issue that the new GOP will have to wrestle with: who’s next? Until Republicans can find a charismatic leader with broad support who can unify moderates and radicals, they are unlikely to win presidential elections.

There is no apparent way for the Republican Party to renew itself any time soon. It has no promising presidential candidates, and the Senate seems to be firmly in Democratic hands for the next few election cycles. While the GOP may pick up seats in the House in 2022, political shifts in suburban areas may put a stop to any Republican attempt to end the Democratic trifecta—the future of the Republican Party is bleak.