Biden’s First One Hundred Days Could Define His Presidency 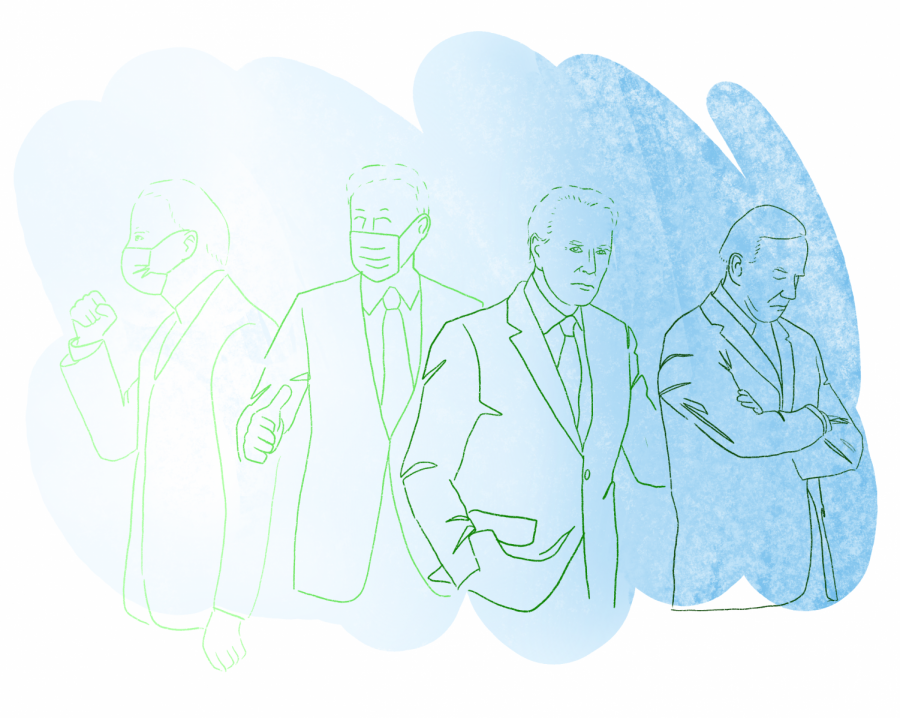 January 20th, the day of President Joe Biden’s inauguration, marked a new chapter in American politics. History has not been made yet, but after four years of Trump’s presidency, the Democratic Party will attempt to make bold changes. Democrats are currently in control of the executive branch and have a majority in both chambers of Congress: 222 to 211 in the House of Representatives, and an even split in the Senate with Vice President Kamala Harris tilting the scale blue. Despite their majority, Democratic legislators will struggle to pass their most progressive reforms unless they reach across the aisle to get Republicans on board.

The first 100 days of a presidency, so often a sign of a president’s conduct for the rest of their term, will likely remain in the shadow of the pandemic and the previous president’s legacy this time around, as Trump’s second impeachment trial gets underway in the weeks after the inauguration. These two factors mean it will be difficult for Biden to institute the progressive reforms that so many in the Democratic Party have been hoping for straight away, though he has already signed serious executive orders aimed at dismantling Trump’s environmental and immigration policies. Even if the opportunity for major reform is delayed until the end of this year or later, Biden has a chance to make his mark from the get-go.

Much of the damage caused by Trump’s failure to respond to the pandemic has already been done. Hundreds of thousands of Americans have lost their lives and millions more have been harmed by the economic fallout of the pandemic. If nothing is done, more damage will follow. A comprehensive and effective plan from the newly-inaugurated Biden administration would cement Biden’s place in history as a president who led the US through an unprecedented crisis, unlike Trump who let Vice President Mike Pence handle the response—only to later disown him once he declared he was not on board with Trump’s calls for a coup.

Biden’s primary goal will undoubtedly be to enact a national policy for dealing with the coronavirus—a policy his transition is already forming. The administration recently announced a $1.9 trillion package to expand testing and improve the efficiency of vaccine distribution as well as support for suffering small businesses and stimulus checks of $1,400 to qualifying Americans. This may be welcomed support for many Americans, but moderate Republicans have already expressed skepticism about the deal: “We just passed a program with over $900 billion in it. I’m not looking for a new program in the immediate future,” said Republican Senator Mitt Romney of Utah. A lack of support from GOP senators could hinder Biden’s plan to pass the stimulus bill very early in his presidency.

Many Americans are desperate for economic assistance, but Biden will likely prioritize saving lives: ramping up the vaccination campaign will be at the top of the new president’s agenda. As of mid-January, the federal government has distributed over thirty million doses of the vaccine to state governments. Only thirty-nine percent of those doses have actually been used, which Biden called a “dismal failure.” $20 billion alone from the relief package will be devoted to accelerating the vaccination program, with a goal of 100 million people being vaccinated in Biden’s first 100 days. While Biden recognizes that the vaccination process will be “one of the most challenging operational efforts we’ve ever undertaken as a nation,” he has stated the federal government will “move heaven and earth to get more people vaccinated.”

Biden’s proposed relief package includes a hundred thousand federal workers who will be distributed across the country to assist with the vaccination process as well as other jobs, such as tutoring children who are falling behind in school. A priority of the Biden administration will be ensuring students can return to school safely: $130 billion of the relief package will be directed to public school districts.

With this second huge stimulus bill as a possibility in the near future, Biden hopes to steer America out of the pandemic, a great achievement for any president and certainly one who is still in such an early stage of their time in office. Although a successful response at long last is important, Biden will have another challenge on the horizon: creating progressive reform the Democratic Party has promised, in a government that is more often in a state deadlock than in any state of progression.