Trump’s Ban From Social Media Is a Victory, One That Comes Suspiciously Late 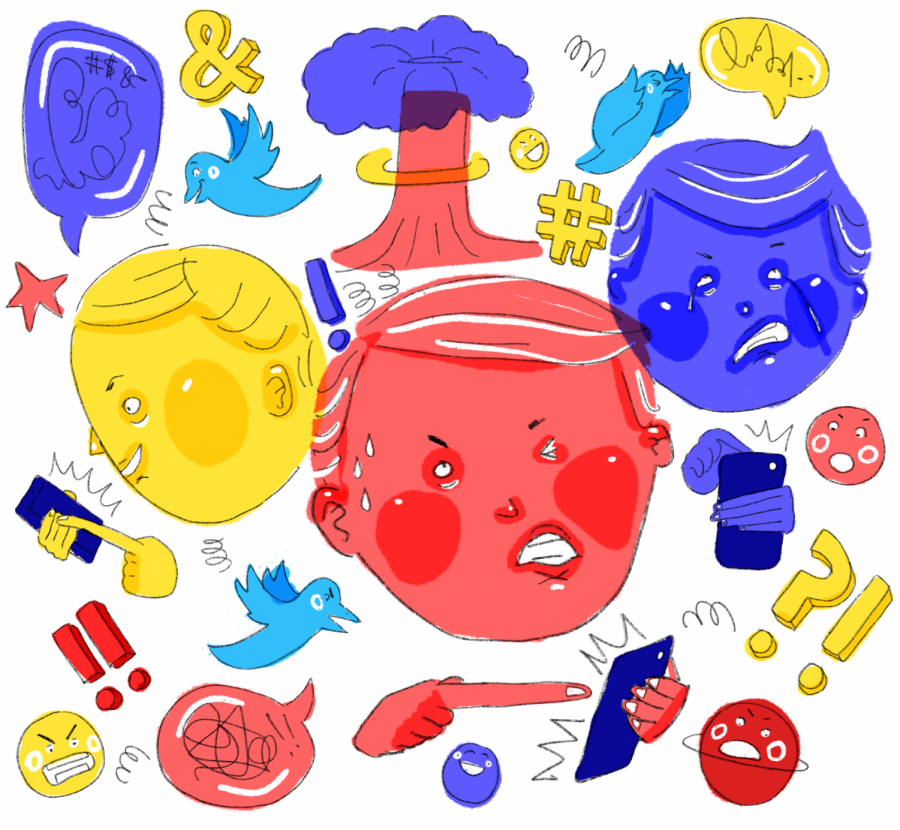 Since he was sworn into office in 2016, Trump’s social media presence has been a disgraceful, embarrassing blemish on the formerly diplomatic and respectable digital face of the presidential office of the United States.

This is not to say that the United States was a perfect nation before Trump’s presidency. Admittedly, social media in general is a recent enough innovation that Trump’s use of it can only be compared to Obama’s, which does not provide enough data or evidence to fully condemn Trump’s social media presence. However, Trump’s actions on the internet, especially the messages spread in his tweets—whether they be blatantly unfactual, instigatory of violence, or simply rude and undiplomatic—are unpresidential. In fact, even disregarding his offline failures to properly serve as the leader of the country, his behavior online is enough to condemn him as an unfit president.

Trump has recently been impeached for the second time in his one-term presidency on the grounds of “incitement of insurrection.” This impeachment, of course, is far more to do with the clear support given in his speech to those who stormed the Capitol in early January than his tweets, although all that he said on social media served to incite the insurrection as well. As a response to this second impeachment and his other condemnable actions throughout turbulent years in office, many social media platforms, notably Twitter, Facebook, Instagram, and Youtube have banned Trump’s accounts, preventing him from spreading more false information about the election, hate speech, and incitement of violence.

This mass social media banning certainly feels like a vindication of the complaints that Trump’s opponents have been making for years. While he was making expressions of hatred, disrespect and falsehood on social media long before his presidency, his 2016 win suddenly transformed any messages he might spread from harmless rambling to having actual influence, which could be genuinely dangerous. This is mainly for two reasons: first, his audience and cult-like following massively increased after his victory, meaning any word he spread—regardless of its legitimacy—would be heard by a much greater number of people. Second, Trump has a global influence, making any social media tantrum or boast have real political influence. Were a celebrity to boast about the nuclear power of the United States, it may turn a few heads, and garner some unwanted attention. However, when the president does it, as Trump did in early January 2018, it increases the possibility of nuclear warfare significantly, as nuclear opponents of the United States can take these boasts as potential threats and perhaps shore up their own nuclear defense in response.

This kind of influence is not to be taken lightly or without an understanding of the depth of its power. Trump’s actions throughout his presidency, on and off social media are condemnable. It is a great relief that he has finally, to some extent, been silenced. Regardless, with our new president, Joe Biden,—a man who, although not without fault, seems to understand the need for more respect and discretion in the online and offline world as president—the banning of Trump seems to arrive too late.

While Twitter has long been marking Trump’s statements as factually untrue, the timing of these social media bans sparks doubt as to whether their intent is really for “the good of the people,” or actually for the good of the companies. Lest it be forgotten that Facebook’s allowance of unrestricted bot access to its servers vastly contributed to the spread of misinformation and propaganda that helped Trump get elected in the first place. Only blocking Trump when his fall from power is imminent implies more that social media companies switched sides last minute to save face, rather than a genuine action in the favor of democracy and social justice. Trump’s influence, at least online, should have been silenced long ago, not just as his power diminishes.