A Look at the Upcoming Events of 2021 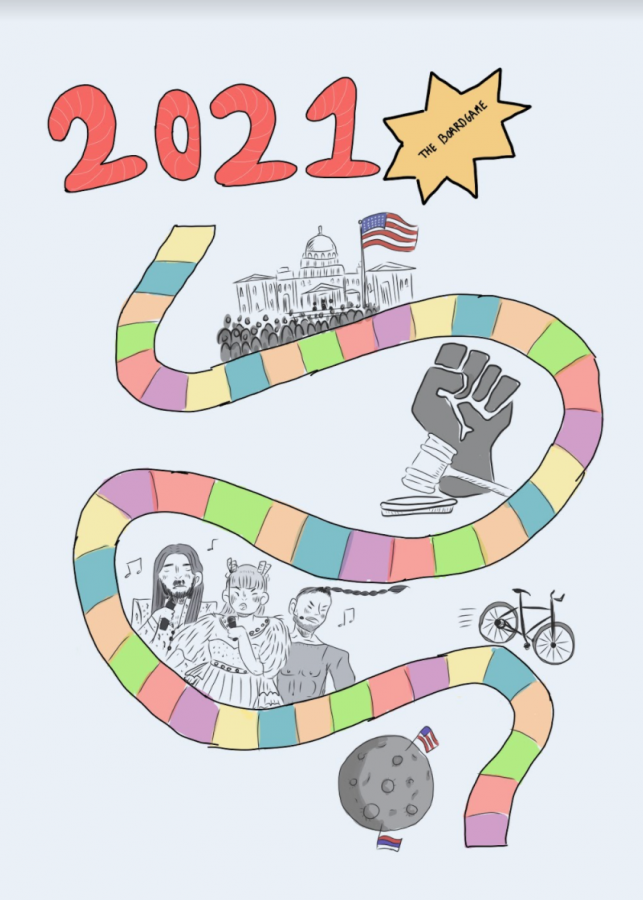 18 The Australian Open begins. The first tennis tournament of the year will provide a great test on the ATP’s preparedness with regards to dealing with COVID-related issues.

20 Joe Biden, 77, is sworn in as the 46th (and oldest) president of the United States. Only 1,000 tickets will be available for the historic ceremony outside the Capitol, due to health precautions.

31 Trevor Noah presents the 63rd Grammy Awards at the Staples Center in Los Angeles. Candidates are divided into 30 different categories, with most of the spotlight falling on Beyoncé (9 nominations), Roddy Ricch, Dua Lipa, and Taylor Swift (6 nominations each).

6 The African Cup of Nations, the most prestigious soccer tournament in the continent, begins, hosted in Cameroon. Algeria are defending champions but strong Senegalese and Moroccan teams have severely improved since the last AFCON.

11 The Berlinale, one of the most prestigious film festivals, begins. The Berlin festival is breaking ground as being the first to abolish male and female separation in awards.

12 Chinese New Year brings in “Year of the Ox”, a sign associated with characteristics such as hard work, honesty, and humility.

18 After a journey of 470 million kilometers, NASA’s robotic vehicle “Perseverance” is expected to land on Mars to collect rock samples and look for traces of past life. Perseverance’s landing will shortly be followed by the United Arab Emirates’ rover “Al-Amal”, which will conduct meteorological research, and China’s “Tianwen-1”, which will also conduct research to address the presence of life and environmental conditions on the Red Planet.

28 Hollywood awards the Golden Globes. The presenters of the 78th ceremony will be Tina Fey and Amy Poehler.

06 Auckland, New Zealand welcomes the crews of the America’s Cup, the oldest international sporting event in the world. Due to the pandemic, the pool of teams have been reduced, with just 4 teams (USA, NZ, GBR, ITA) competing. Venues include Cagliari, Portsmouth, Newport, and Auckland.

17 Parliamentary elections in the Netherlands are held, with Prime Minister Mark Rutte and the People’s Party for Freedom and Democracy fighting for re-election despite the growing approval of the populist Gert Wilders of the Freedom Party, whose plans include ousting the country from the EU.

21 The 72nd Formula 1 Championship premiers, with the first of the 23 Grand Prix races of the season taking place in Melbourne, Australia. Lewis Hamilton, who claimed his 5th consecutive (8th overall) title last year and Team Mercedes are both favorites in this first round of racing.

28 The last time the EU clocks will turn one hour forward. The abolition of the change of time gives member states the freedom to choose whether they will henceforth maintain the summer or winter time.

29 Commencement of the trial for the Minneapolis police officers responsible for the death of Geroge Floyd.

01 Launch of the third national census since the founding of the Russian Federation, with 315,000 enumerators going “door to door” in our planet’s largest country. The operation is expected to last between 15-20 months.

19 The “Mayflower”, the first unmanned, energy-autonomous, fully artificially, navigated boat will set sail from Plymouth, Massachusetts and begin its journey to the other side of the Atlantic for oceanographic measurements of pollution and climate change.

19 The end of an era for the Castro name in Cuban politics. The 88-year-old Raúl Castro hands over, as already agreed, the powerful position of the First Secretary of the Communist Party to Miguel Días Canel

18-22 The postponed Eurovision Song Contest is taking place in Rotterdam with the participation of 41 countries.

29 The largest International Food and Beverage Expo in history will take place at the Metropolitan Center in Athens.

11 The postponed UEFA Euro 2020 tournament begins. World Cup holders France, along with Euro Cup holders Portugal, are favourites to reach the final. The Copa America 2020 will be held at the same time, co-hosted by Colombia and Argentina.

NBA Finals will take place. Vaccine developments will dictate whether a bubble resembling that of last year’s Finals will be necessary.

23 Start of the Tokyo 2020 Summer Olympic Games, the most expensive games of all time, which have accrued even more costs (~3 billion USD) due to their postponement. The event pool has expanded with exhibitions in baseball/softball, karate, skateboarding, rock climbing, and surfing. These Games are considered the most equal in terms of gender, with 165 events for men, 156 for women, and 18 open events.

30 NASA’s “Juno” spaceship, which has spent the last five years in orbit around Jupiter in our solar system, will finish its mission. Having completed its mission, it will self-destruct to keep it from turning into space “garbage” and polluting one of the gas giant’s 79 moons.

17 Microsoft pulls the plug on Internet Explorer, the search engine launched in 1995. At its peak, it monopolized the Internet with 95% of all searches being through it. Microsoft will succumb to Google Chrome as its default search engine.

24 Tokyo Paralympic Games start, with the program including 537 events in 22 sports, with new additions of badminton and Taekwondo.

26 The German election marks the end of an era for the most powerful woman in the EU and perhaps in the world in the last two decades, Angela Merkel, who is completing her fourth term as Chancellor and retiring.

01 Russia carries out its first unmanned mission to the moon since 1976, with the “Luna 25”, which is destined for the moon’s south pole. Its ambition is to send cosmonauts by 2030.

01 The postponed United Nations Conference on Climate Change begins in Glasgow, Scotland, with a strong desire to recapture the thread of implementation of the Paris Agreement to reduce pollution and curb global warming.

1-18 The 2021 FIFA Arab Cup begins. It is the first official soccer tournament to be held in the Arab World and will take place in Qatar as a prelude to the 2022 FIFA World Cup taking place there.