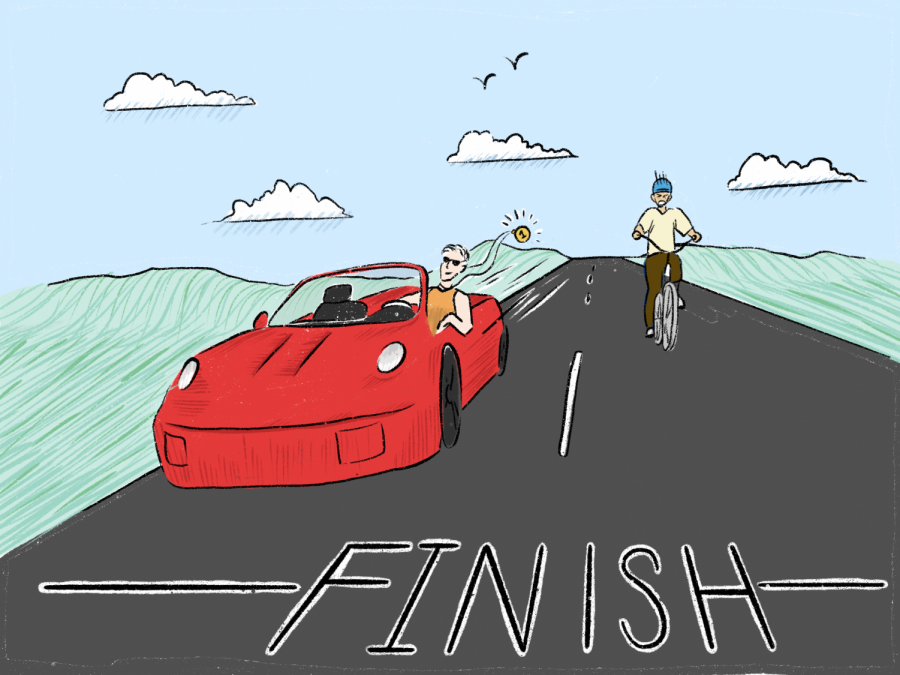 If you’ve ever paid a scrap of attention during Community Meeting, you’ve probably heard about the National Honors Society (NHS)—maybe you’re even a part of it now. Beginning in freshman year, teachers and counselors encourage students to complete the requirements for acceptance to NHS: a cumulative GPA of 87 with no grade below a 70, compliance with all civil codes and disciplinary rules, excellent record of school attendance, and evidence of 40 hours of community service. Although the criteria may help students set personal goals, the community service aspect is unintentionally, yet deeply classist. The requirement assumes that all students have the luxury of devoting significant amounts of time to an unpaid, out-of-school activity. For many students, this is simply impossible. Even though participation in the NHS is not a necessity for college, CRLS constantly encourages students to apply, which makes its harmful effects apparent. While not only rewarding selfish motivations for completing community service, the National Honors Society exacerbates pre-existing class divides.

Volunteering with the intentions of helping your community is a wonderful act—that’s not the concern. The issue with the NHS is that it requires students to provide written evidence of their service, changing the significance of the act. Community service should not be performed to accumulate hours with the intention of improving a college application. Unfortunately that is exactly what the NHS does: it makes volunteering more about the volunteer than it does the cause. This requirement transforms something that is supposed to improve the community into a facet of performative activism. Activism with the intention of proving something about yourself to others is commonly defined as “performative,” because it defeats the purpose of service in the first place. Virtue signaling is widespread enough, especially on social media, but it becomes dangerously institutionalized when an international organization rewards it. Normalizing performative activism on such a large scale results in students developing a false sense of what it means to be a good person. Mandatory volunteering devalues the significance of the act and distracts from its real purpose. The NHS names teenagers who complete the community service requirement (in tangent with the other conditions) as excellent, upstanding community members, for 40 hours of service. Not only does the NHS promote narcissistic intentions behind community service, it intensifies class divisions.

Requiring NHS applicants to complete 40 hours of community service assumes that every student has 40 hours to spare. Outside of school, some students play sports or participate in clubs, and some have jobs. Of those who are employed, many don’t work just for extra money, but rather, they work to support their families. Other students may have the time-consuming responsibility of taking care of their siblings. Not every student has the luxury of extra time to devote to unpaid work. That is how the NHS rewards affluent students for class privilege, while placing lower income students at a disadvantage that is out of their control. By inadvertently excluding many CRLS students from eligibility, the NHS only emphasizes existing class divides. Moreover, the requirement creates a false equivalence associating wealthy students with excellence. This is made visible at graduation, when members of the NHS wear a special sash to distinguish that “excellence.” In reality, this sash is distinguishing rich students from poor students.

It’s no secret that Cambridge has significant challenges surrounding issues of inequality. The school needs to reevaluate how to encourage academic excellence and community involvement in a way that is accessible to every student, regardless of class. By continuing to promote involvement in the NHS, CRLS believes it is upholding its foundational values of “opportunity, diversity, and respect”; in fact, it’s doing the opposite. However, despite the negative qualities of the NHS, participation is not a necessity for college, arguably it is quite unimportant. So, while the organization both creates a false sense of community service and intensifies class divides, its effects can be regulated by significantly decreasing the emphasis that the school pushes for. Even further, Cambridge could be on the forefront of taking a stand against the inherent classism of the National Honors Society by disbanding the local chapter. In doing so, CRLS would not only confront its own issues with classism, but send a message to other schools and the organization itself.