Unions Are Dying, But We Need Them Now More Than Ever 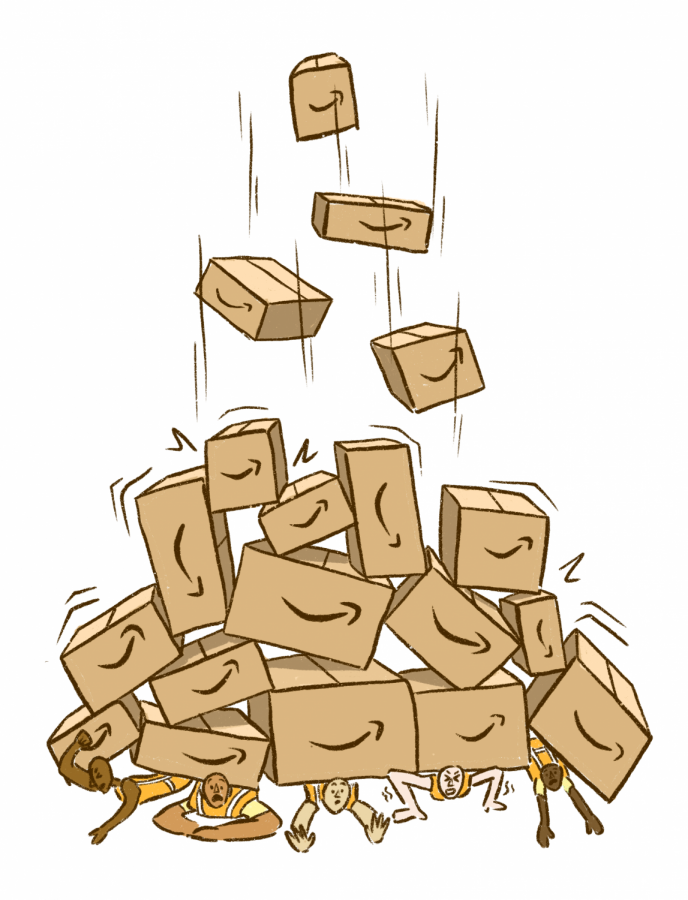 The future of workers’ rights in America is being threatened. A recent case added to the Supreme Court docket, Cedar Point Nursery vs. Hassid, will make the third-party inspection of worker safety at private companies optional if ruled along party lines. The COVID-19 pandemic has made this year one of the most dangerous for workers in America, yet top corporations have taken drastic measures to silence their workers’ grievances. One of the most chilling examples is Amazon hiring Pinkerton private detectives last month, who are infamous for infiltrating unions to track their activities. Even more chilling is the fact that there are no existing Amazon unions in the US, which displays how concerned Amazon is about potential unionization. Arguably, Amazon’s hiring of Pinkerton is a response to Whole Foods employees, a subdivision of Amazon, who staged country-wide strikes in April. They argued for personal protective equipment (PPE), hazard pay, and paid leave. Since the Supreme Court will vote this summer on the case, companies against unions will soon have the ability to deny third-party oversight, allowing for unchecked and unsafe working conditions. Given the 6-3 conservative majority in the Supreme Court and the conservative trend of disliking unions due to their cost to companies, the future of unions and more broadly, workers’ rights, are grim.

On November 13th, the Supreme Court determined that they would weigh in on the Cedar Point Nursery vs. Hassid case, a case that will likely decide the constitutionality of permitting union organizers to visit workplaces and observe working conditions. A plant nursery initially filed this case to district courts when union organizers visited the nursery, arguing that California’s regulation allowing union organizers to visit private companies was unconstitutional and violated Fifth Amendment rights. It is important to note that California’s District Court rightfully rejected this case, determining that this regulation is “rarely invoked and allows only limited access subject to numerous safeguards and restrictions.” Additionally, the district court stated that the nursery visit did not result in “actual economic harm or disruption.” Sadly, since this case was appealed, it successfully reached the Supreme Court. Now, the Supreme Court’s potential ruling might not only affect union organizers looking to observe and visit workplaces, but also health inspectors. Cedar Point Nursery vs. Hassid introduces new and very dangerous precedents for inspection, ranging from workplace safety inspection to reviewing power plants and even fire inspection.

The Supreme Court’s stance on unions is clear; a case in 2018, Janus vs. AFSCME, brought a dispute regarding unions to the Supreme Court, resulting in more difficulty for union organizers in the government and public sector. As this stance will likely carry over to the Cedar Point Nursery vs. Hassid case, companies like Amazon could avoid accountability for their abuses and further take advantage of employees who are already suffering due to the pandemic. The importance of oversight is clear, and without it, making claims of bad working conditions will be made difficult. Even the few unionization efforts left are already at risk of being dissolved, sometimes illegally. The National Labor Relations Organization, which oversees private sector labor rights, found that 40% of bosses were charged with violating federal law in union organizing last year. Violations included firing, removing protections, or ignoring union organizers. This war on unions has been an ongoing trend since the beginning of the Industrial Revolution, but union participation has continued to fall in recent years, reaching 10.5 percent last year, half of what it was in the 80s. Unions are appealing in a country where risks to essential workers at an all-time high, so why are unions so contentious? According to the Economic Policy Institute, unionized workers are compensated 13.2% more than non-unionized workers, more likely to have employer-sponsored health insurance, paid vacation, sick leave, and retirement plans. Unions encourage both accountability and responsibility from their employers, and Amazon clearly has neither of those as priorities.

Unions come at a price but arguably, retaining content, safe, and healthy employees take precedent over maximizing profits. Cedar Point Nursery vs. Hassid should not only promote concern about the future of unions but the future of all workers, and given the Supreme Court’s anti-union stance, more upsetting cases like this could arise.