“Animaniacs” Reboot Is More Successful Than its 90s Original Series 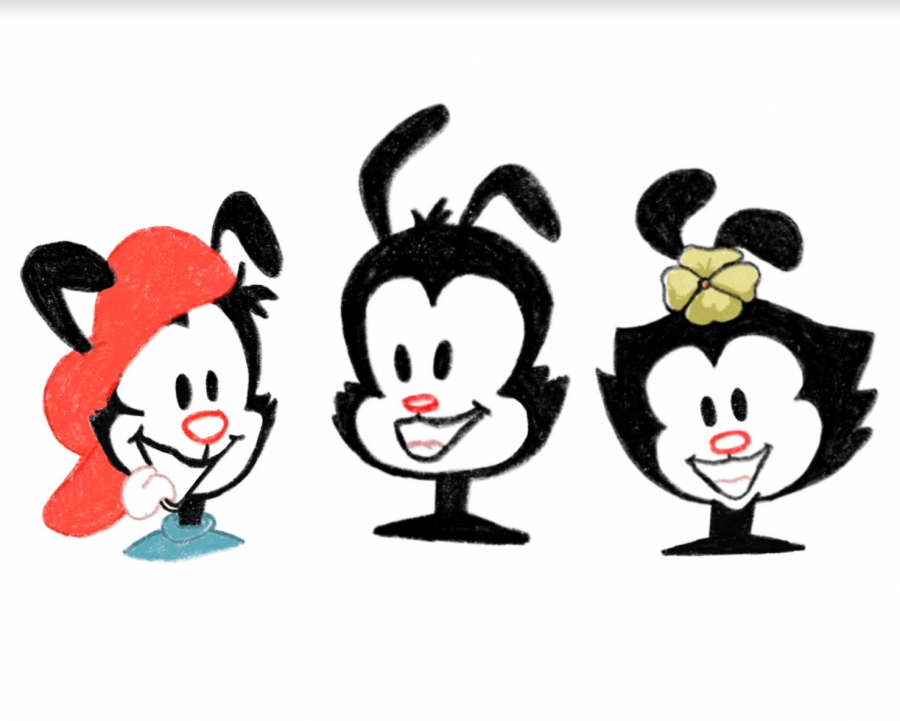 In the 1990s, the “zany to the max” Warner siblings Yakko, Wakko, and Dot entertained many across the world in Animaniacs: the Steven Spielberg-produced American animated show featuring them as main characters. The series ran for over five years, from September 13, 1993 to November 14, 1998, before coming to an end. Over two decades later, a reboot of Animaniacs has been launched, also directed by Spielberg. In May of 2017, the streaming service Hulu ordered a two-season reboot of Animaniacs after observing a surge in the original show’s popularity when it was added to Netflix in 2016. Now, a number of people across the world are revisiting the cartoon they once knew and loved, or are being introduced to this witty show that remained lesser known for so long.

The original Animaniacs, created by Tom Ruegger, revolves around the lives of the three Warner siblings who live in the Warner Bros. studio water tower and create lighthearted mischief everywhere they go; this prime characteristic was based on that of Ruegger’s three sons, who tended to be troublemakers. Although Animaniacs is a fairly modern cartoon compared to many other well-known ones such as Felix the Cat and Oswald the Lucky Rabbit, the Warner siblings were drawn in the classic black-and-white style of 1930s cartoons to better reflect their portrayal as 1930s “cartoon stars.” Each episode features a variety of locations, time periods, and characters, which are all affected by the siblings in one way or another. Additionally, Animaniacs was known for its original songs—it was a musical show, after all—and its frequent breaking of the fourth wall, which many audiences found to be one of the most entertaining aspects of the show.

In addition to the Warner siblings, both versions of Animaniacs feature a second set of important characters: Pinky and the Brain. The two characters are genetically-mutated laboratory mice with comically polarized personalities, sharing a goal to take over the world but whose evil plans are always foiled, often by the stupidity and carelessness of Pinky. Ruegger based Pinky and the Brain on two of his coworkers, Eddie Fitzgerald and Tom Minton, after wondering what it would look like if the two attempted to take over the world. Their mice forms originated after Ruegger added mouse ears and noses to a caricature drawn of them, and the story of two power-hungry lab mice was born.

Just as he did with the original Animaniacs, Steven Spielberg stepped in and became “heavily involved” with making the reboot as entertaining as the 1990s show by making decisive moves such as insisting on casting most of the original voice actors. With his persistence in making the show exactly the way he wanted it to be, Spielberg did not disappoint with the reboot. The first season of the reboot, which contains thirteen  episodes, was launched on November 20, 2020, to the excitement of the public . Nowadays, one can frequently find fan art, memes, and overall buzz about the new Animaniacs series. Fans are eagerly awaiting a second season that is set to arrive in 2021.