Why the Metal Monoliths Are Not Coming from the Sky 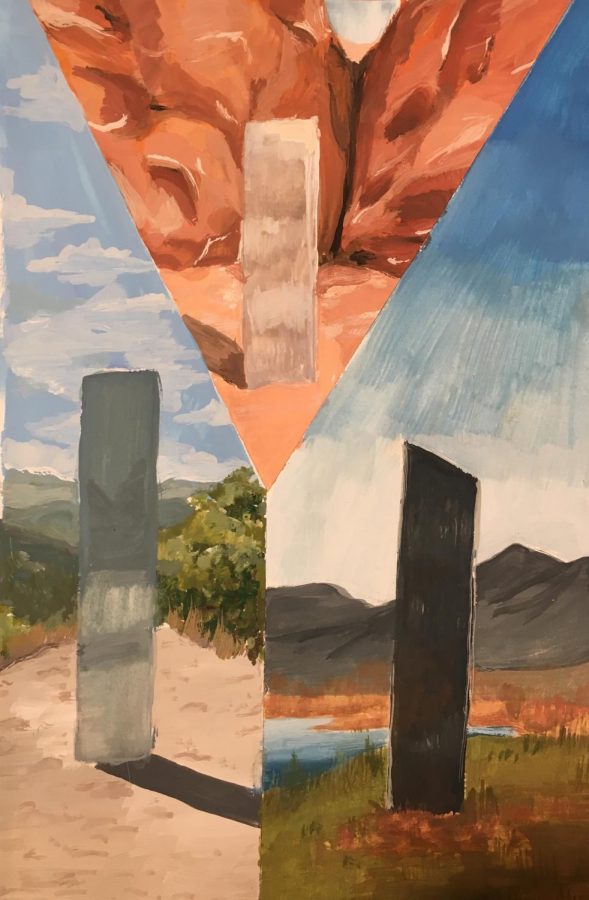 Beginning in the middle of a desert in Utah on November 23rd, several tall, unidentified, metal structures have been popping up around the globe. Ever since the initial monolith, similar statues have appeared in much the same unannounced way, then disappearing just as silently and suddenly. Showing up in places such as Romania, North Carolina, and off of California freeways, a few of these installations have been accounted for: for example the structure found in Atascadero, California, was claimed by a group of four men. However, most have not been.

Likely in no small part due to the cult classic movie 2001: A Space Odyssey, (and presumably more as a joke than anything), these structures have been culturally attributed, in the cases when they cannot be otherwise identified, to extraterrestrial activity.

While this explanation is compelling in a sci-fi sort of way, anyone who insists on adamantly believing these rumors to be true is quite delusional. This is somewhat of a particular bone to pick at, but it does represent a larger issue with regard to human explanations of inexplicable events. Most people might link the monoliths to aliens in a spirit of good humor, understanding that there is absolutely no possibility of the belief being true; in fact, they are likely just someone’s very expensive, private, art project.

Including a level of playful fantasy in our lives is fine; it distracts us from the drudgery of day-to-day living. The real problem lies in the fanaticism and ignorance that allows people to truly believe that these structures (and other phenomena like them) originate from any place other than Earth. The individual opinions aren’t the real problem, the underlying systems that allow them to repeatedly flourish are the true culprit.

Conspiracy theories, in most cases, usually attribute phenomena to aliens or some similar otherworldly presence for two reasons. One, in order to either avoid giving proper credit to the work of humans to generate them. The other is to grant an unmerited level of importance and mysticality to some mediocre, or just logically explainable, phenomenon.

For example, it has been proposed that the Egyptian pyramids, Stonehenge, and Easter Island statues were all built with the help of some extraterrestrial presence, rather than by the humans of that era. Everyone is entitled to their opinion, but would you really rather disregard the achievements and ingenuity of past humanity in order to preserve an unproven and unlikely conspiracy theory? Honestly, it seems depressing and demotivating, more than inspiring and exciting, to try to defend the idea of otherworldly involvement in these impressive feats of early technology.

In the case of these monoliths, considering that they were likely not built long enough ago that the innovation required to construct the things themselves is nothing so novel and exciting. The most interesting element of them is the mystery of who installed them: not who in the universe, but who on our Earth. It seems like a better use of time to go on an investigative mission finding out more about the Earth-dwelling artist(s) installing them and asking for some kind of artistic statement, than giving the credit over to another entity that we have no proof exists. To move immediately to the latter option, in any instance, is to disregard the creativity and inventiveness that lies on our own planet: a way of living which, at the end of the day, makes life seem more like the disappointing drudgery that it allegedly combats.