“The Queen’s Gambit”: Making Chess Interesting for All 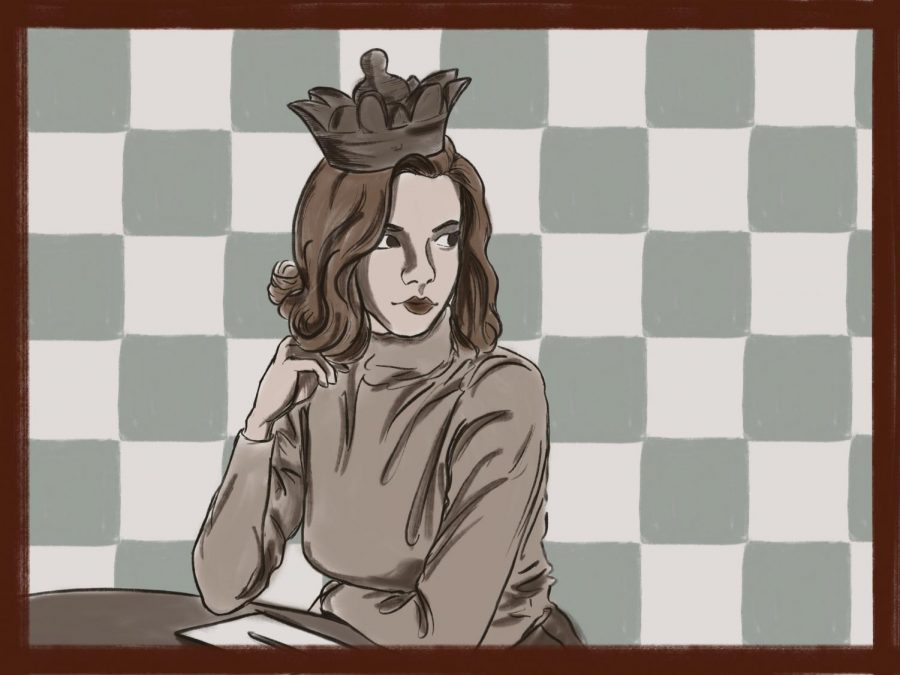 A TV series that is arguably the best Netflix has offered us in the last year deserves a special mention, especially at a time when new movie releases are sparse. A chess-themed program from Walter Tevis’ novel of the same name, this seven-episode mini-series initially takes us to Kentucky in the late 1950s, where a girl who has just lost her mother is admitted to a local orphanage. Soon it becomes clear that Beth Harmon (Anya Taylor-Joy) is a child quite unlike any other. Unusually intelligent, compellingly troubled, and gradually addicted to the sedatives that the orphanage provides, Beth quickly finds refuge in chess, a game that matches her advanced thinking. As the girl grows up and is eventually adopted, her game develops. She begins playing in tournaments with increasingly larger stakes, making her way to the World Championships passing through numerous US Open Cups and International Invitationals.

The series is not your classic story of adulthood, and it becomes even more clear if one takes into account all its individual elements. First, chess. At a time when the game’s top decision-making was made by humans and not computers,—as is the case today at the highest level—the games we watch unfold look like real battles. In fact, Beth is in this arena as the only woman, among primarily male opponents, a fact that does not discourage her.

A second key aspect is the historical conjuncture, which, although not overemphasized, is always there. After all, the Cold War influenced nearly every facet of life between the Western world and the Eastern Bloc, with chess being another arena of competition between the Americans and the (mighty) Russian players, the “Rocky 4” of chess. Beth’s biggest rival is the Soviet Vassily Borgov. It seems as though the Americans cannot overcome the playing abilities and camaraderie of the Soviets, strict and disciplined but at the same time cultured, with respect for the rivalry, a team spirit and a love for chess that is not imposed on them but stems from their own daily culture. They communicate and aid each other, a drastic contrast with the self-centered American chess players on the international stage, both in the series and at that time period.

It is also worth noting that all the chess games we see on the screen are developing properly (pieces are moving correctly, notation and nomenclature is accurate), based on the instructions of chess coach Bruce Pandolfini and Garry Kasparaov, the most famous chess player in the world. The actors memorized numerous sequences in order to film all of their matches, coming into the series with little to no chess experience. The “Queen’s Gambit” chess move is one of the most popular openings and every time we see it on the screen, it is done exactly as it should be done.

Moreover, there is an intricate element of addiction that adds to Beth’s characterization. Like a young rock star caught on the precipice between fame and self-destruction, the protagonist faces her own demons that originate from her childhood and often arrive to haunt her in her young adulthood.

All of the above, as well as the exquisite sets and costumes that create a dreamy atmosphere, are great aspects of the series. But its most moving element is the way the series emphasizes everyone’s ability to be themselves, no matter how much their behavior differs from commonly accepted behaviors. Beth finds it difficult to socialize: her love for chess, although it leads her to triumphant victories, alienates her from her peers. In one of the loudest scenes of the series, Beth is with other teenagers at a friendly gathering at the home of a popular classmate. It’s there she realizes how out of place she is among them: she does not know the songs of the time, she has not been busy flirting with boys, she has nothing in common with them or about which to talk to them, and she leaves defeated and somewhat disdainful.

But when the chess community finally embraces her, fascinated by her value, Beth shines through her comfort, and understands that she doesn’t need to be accepted by everyone as long as she bonds with those who care for her. She begins to feel strong, independent, overcoming her addictions—addictions imposed on her since childhood in an effort to feel good and normal not through friendship and integration into the group but in chemistry, realizing that her talent did not depend on sedatives.

Registration numbers on the website chess.com have gone up by nearly 80% while sales of chess sets on eBay have surpassed a 273% increase. The media has never given chess the attention it deserved, and over the last couple of weeks, it has been proven once again that, when given the opportunity to be in the spotlight, this game can enchant a global audience.