The 2020 Election Is Being Defined by Mail-In Ballots 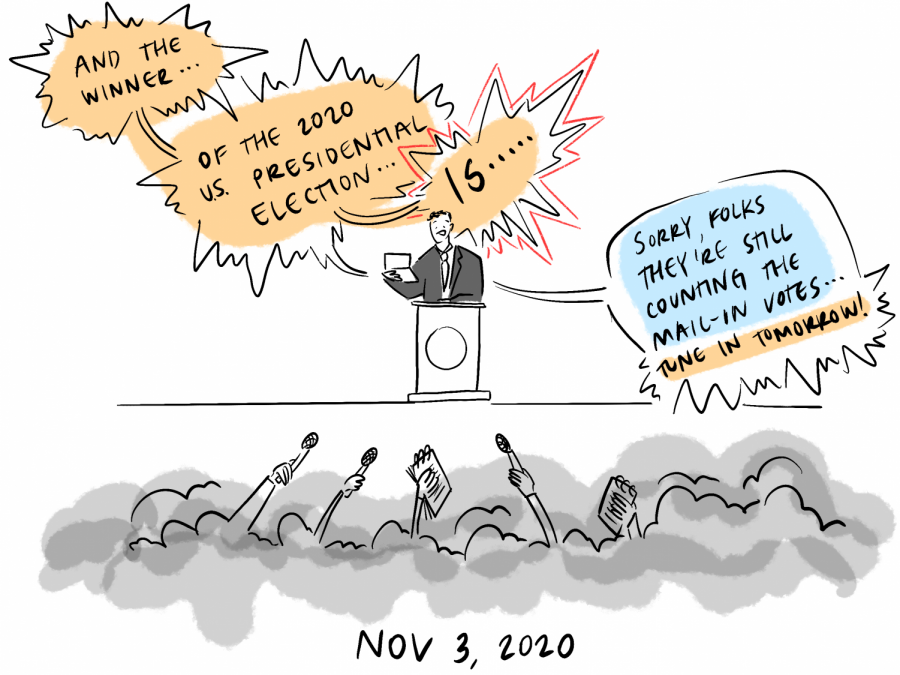 As if election week wasn’t stressful enough, the 46th president of the United States remained unknown until the morning of November 7th—almost four days after the eagerly awaited 2020 Election Day. 2020 has been far from a normal year given the COVID-19 pandemic and unparalleled political tension that has taken over the media and arguably the country as a whole; however as frustrating as it was, the long wait for results was actually anticipated much before November 3rd.

This year’s election has seen more voter participation than any other election in US history, and of these record breaking voters, 68% chose to cast their ballots early or by mail. Mail-in ballots are nothing new in American politics. In fact, the original concept can be traced all the way back to the Civil War, when President Abraham Lincoln was determined to receive the votes of deployed soldiers. As America experienced the Industrial Revolution and faced the mass expansion of transportation, the privilege to vote by mail was extended to factory and road workers.

While state by state laws did—and still do—vary drastically, the movement to allow mail-in voting for more of the population continued to gain momentum. However, voting by mail was still a laborious bureaucratic procedure, requiring voters to meet extensive criteria, provide multiple witness signatures, and prove they had a legitimate excuse for not voting in person. It wasn’t until 1978 that California allowed anyone to vote with absentee ballots without specific reasons. Today, rules still vary across states: almost all allow voting without excuses following California’s lead in the 70’s, and a significant portion of the population take advantage of it. In the 2016 presidential election, almost 25% of all votes were mailed in.

However, 2020 is anything but conventional. With the COVID-19 pandemic at a peak, more than 50% of the total votes were casted early and by mail. These votes were among the last to be counted during that first week of November, and were crucial to the final outcome of the election. So why was the wait so long?

The varying state absentee ballot laws have differing rules on when the votes themselves can actually be counted. While some states allow mailed ballots to be counted upon arrival, others are required to wait until late on election day to even begin the counting, including the notorious swing state of Pennsylvania. With this rule, a delay in the results is natural and usually unavoidable. This year however, with the magnitude of mail in ballots that were coming in and the long process of hand counting ballots, there was no way a few thousand poll workers could have gotten their results out before Wednesday. There are also stringent rules regarding the arrival of mail-in ballots. Some require that the ballot arrive at the voting location before or on election day, while others, taking into account the relative inconsistency of postal services, only require the postmark date to be for election day or before, regardless of when it arrives. Keegan Harkavy ’21, a leader of the Political Awareness club at CRLS, explains the two sides of this law: “This was a great policy that let thousands more vote, but it did slow down decisions in close states as they waited for votes to come in.” While it may seem like a small difference, it is far from inconsequential, especially with 317 of the country’s electoral votes coming from these “postmark law” states.

President Trump’s ultimate loss of the presidential office triggered an outpouring of denial and a surge of familiar conspiracies reminiscent of his race in 2016, only this time they were regarding the legitimacy of mail-in ballots and America’s democracy in general. Most of the claims made by Trump have been debunked: in response to his allegations of ballots being sold, tampered with, or thrown out, politicians have clarified that the ballots in question didn’t exceed about 15 votes, and were often caused by issues as inconspicuous as a wrong pen color. Harkavy believes that the delay in results could have intensified the spread of these rumors, stating, “The delay of announcing the winner… let Donald Trump and his allies create disaffection with the election and the process.” Had the election been called on election night, Harkavy states it “likely would have resulted in a peaceful transition of power and overall confidence that the election was fair if unfortunate for half the country.”

It didn’t help that as more results came rolling in, they seemed to be tipping the scales in Biden’s favor. Considering the statistics, this wasn’t surprising. A Pew Research study showed a stark difference between how different parties planned on casting their ballots. Only 25% of those leaning towards Trump planned on voting absentee, while 51% of Biden supporters did. Harkavy believes this can mostly be explained by partisan feelings towards the pandemic, saying, “If you look at any data on the pandemic, you can see Democrats fear [COVID-19] much more than Republicans. The main reason to use mail-in voting is fear of catching COVID, so of course more Democrats would have used it.”

Mail in ballots were critical to making participation in the 2020 election safe and accessible for all. However, it also caused some expected but problematic delays in the results of a crucial election, allowing some politicians and media outlets to further the delegitimization and deterioration of trust in the democratic process. Instability and uncertainty during such a divided time in US politics is what has allowed for this dangerous conspiracy.