A New Age of Patriotism in America 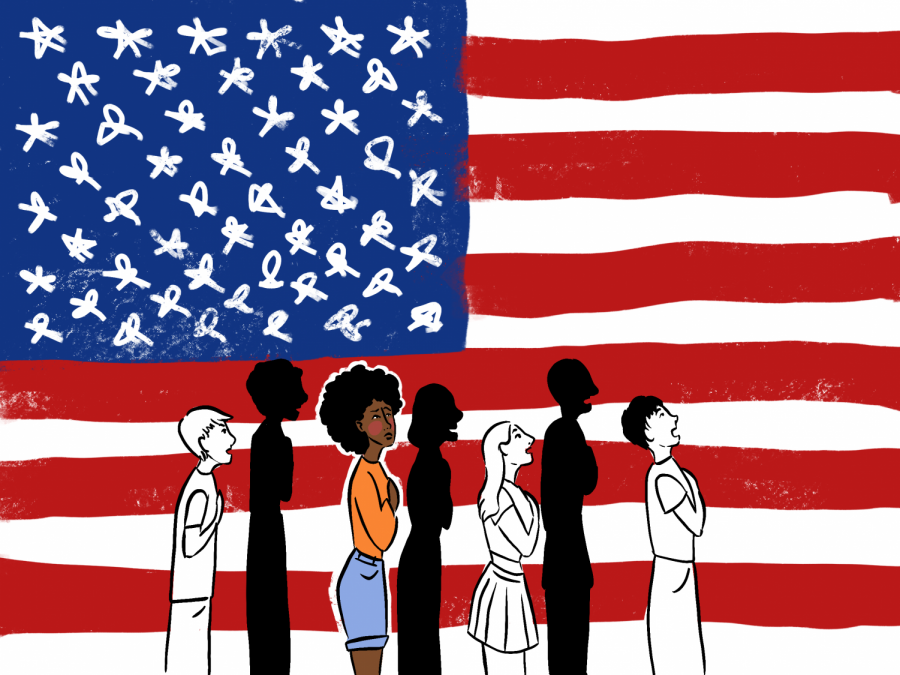 Patriotism is defined as the devotion and support for one’s home country, and the feeling of alliance with those who share that sentiment. However, recently, many found it difficult to be proud of a country with a president that advocated racism, xenophobia, and misogyny. In addition to Trump’s problematic remarks degrading women and minorities, he has also created and approved policies that put women in danger on the Mexican border, blocked migrants from specific Middle Eastern countries, and disrespected the Black Lives Matter Movement, while refusing to denounce systemic racism. Donald Trump sought to create a nation defined by hate, which is nothing to be proud of. Regardless, Trump’s America does not give meaning to true American patriotism; that is something separate.

In order to be an influential patriot, it is impossible to overlook or excuse America’s racist roots and historical mistakes. Many “patriots” in America today refuse to acknowledge its tragic past and categorize the United States as a flawless, all-powerful entity. However, true patriotism is not blind support for your country. While recognizing the hundreds of years of injustices, we must also recognize where this patriotism originates from. Authentic American pride is built on the foundational principles of equality, liberty, and justice for all; articulated in the founding documents such as the Declaration of Independence and the Constitution. Although these values emerged in a period where both people of color and women were not free nor equal, these principles have inspired true American patriots to fight and die for progress and change throughout our history. The interpretation of patriotism popularized by Trump supporters rejects change as a whole: overturning Roe v. Wade and the legalization of gay marriage; further over-policing black communities; and barring transgender Americans from bathrooms that align with their gender, are just a few examples. Instead of the type of false patriotism adopted by Trump supporters, which views change as a loss of rights and overall represents greed and a lack of empathy, true patriotism inspires progress. Change is created by striving for the version of America outlined by these fundamentals.

Yet still, for the past few years, many have found it hard to be patriotic. For those becoming educated in an America whose leader has not represented American values, loving the United States is out of the question. Even before Trump’s presidency, patriotism was portrayed as nationalistic and dangerous. How can one be proud of a country that was built on systemic racism, classism, and continues to occupy and cause violence in the Middle East?

Despite this, for the first time in years, the announcement of Biden’s win triggered a nationwide ripple of American pride. That day, cities around the United States erupted in joy, relief, and spontaneous celebration at the announcement that Trump would be soon leaving the Oval Office. Instead of the usual dismal news stories, mainstream media depicted communal American hopefulness taking precedence over hate. Not only was the win a victory for Democrats, but for women and people of color. Vice President-Elect Kamala Harris will soon be the first woman, African American, and Asian American to accompany the president into the White House. Her win is the realization of the founding American ideals of equality, and the proof that progress is possible. However, as with any politician, the American people need to hold Harris accountable to her past mistakes and set high expectations for her future. Despite Harris’ triumphs, her wins do not exempt the United States from historic or present-day racism.

So, what happens next? Following the election, it has only become more clear that there is much work to be done. President-Elect Biden’s main and arguably most important promise for the future is to unite America, regardless of political party. Biden is right: change is impossible if America is dangerously polarized and pitted against each other. As much as people may want to spend time criticizing the ideals behind patriotism, it is not possible to fight for America without believing in its promise. With pride in one’s country comes the recognition of its failures, as well as the commitment to build a truly free and equal nation for all. Patriotism is the force to unite America, to fight for its historic notion of the land of the free, and home of the brave.