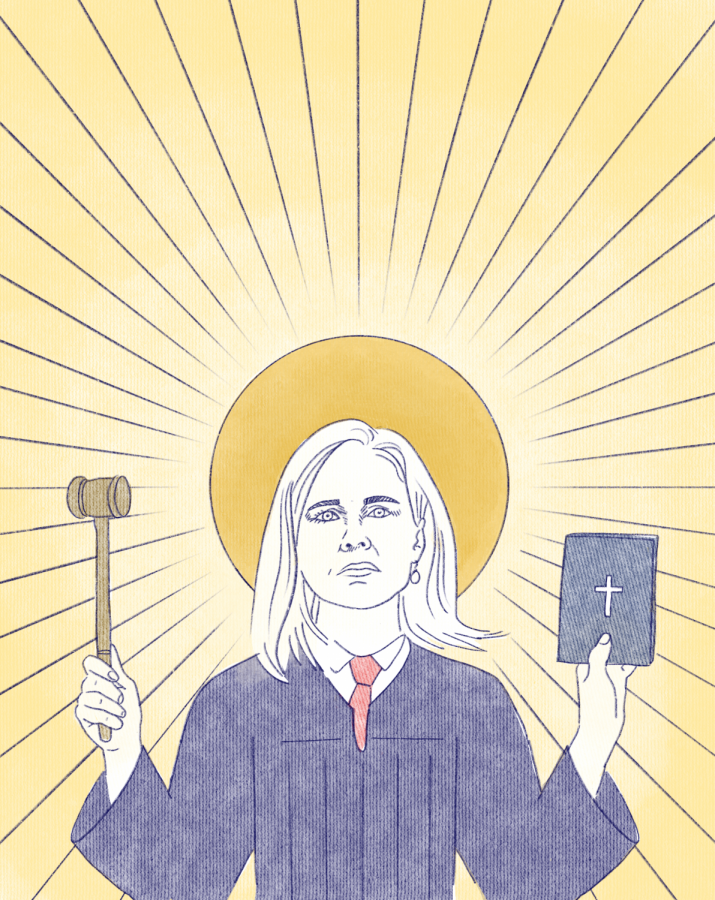 Barrett’s nomination was highly controversial. She was nominated and confirmed in under two months, and took her seat on the Court just days before the election. This flies in the face of the precedent set by Republicans when they blocked former President Barack Obama’s nomination of Merrick Garland nine months before the 2016 election on the basis that the people deserved a voice in this process, and the best way to give them this voice was by waiting until after the election. This year, however, President Trump said that the Constitution mandates that he nominate Supreme Court justices. Barrett is the third justice to be nominated by Donald Trump—a one-term president who has never won the popular vote, and lost his re-election by a massive margin.

Her predecessor, Ruth Bader Ginsburg, was a fierce defender of women’s right to abortion. She was a liberal who fought for equal rights under the law regardless of gender, sexuality, or race. Barrett, who will take Ginsburg’s seat, has condemned the Affordable Care Act (ACA), denounced rulings in favor of abortion rights, and ruled against claims of racial discrimination. As she takes her seat on the Court, she rules on the fate of the ACA, abortion rights, climate action, adoption by couples of the same gender, and immigration rights.

During her confirmation hearing, Barrett positioned herself first and foremost as a mother of seven, and emphasized that two of her children are from Haiti. She referred to climate change as a “very contentious matter of public debate.” While she said that the death of George Floyd was a “highly personal” event for her and that she “wept” with her family, she refused to comment when asked about systemic racism. She also refused to state her opinion on whether Roe v. Wade was correctly decided, and how she would rule in an abortion rights case.

Her time spent as Justice Antonin Scalia’s clerk shaped her views in line with his. Barrett is a textualist and an originalist: she believes that the Constitution means exactly what it says and should be interpreted without regard for the intention of its authors. Barrett has strong support within the Republican party thanks to her strong pro-life record, opposition to accepting immigrants who are likely to need public assistance, and a history of ruling against workers who claim that they have faced workplace discrimination.

Even though Barrett definitely has conservative views, she might not be everything Republicans hoped for. During her hearing, she described herself as “not hostile to the ACA.” Noting that her family owns a gun, she said that she would rule independently of her personal position on gun rights. In the past, Barrett has stated that people of faith should recuse themselves from cases in which their religion might influence their opinion, and reiterated this belief during her confirmation hearing. Barrett was a member of the conservative Christian group People of Praise. Though Trump has openly stated that he hoped Barrett will help him win a second term through the Supreme Court, she said during her confirmation hearing that she will be “100 percent committed to judicial independence from political pressure.” Nonetheless, Amy Coney Barrett will bring the Supreme Court further to the right for decades to come.