An Overview of the Final Presidential Debate 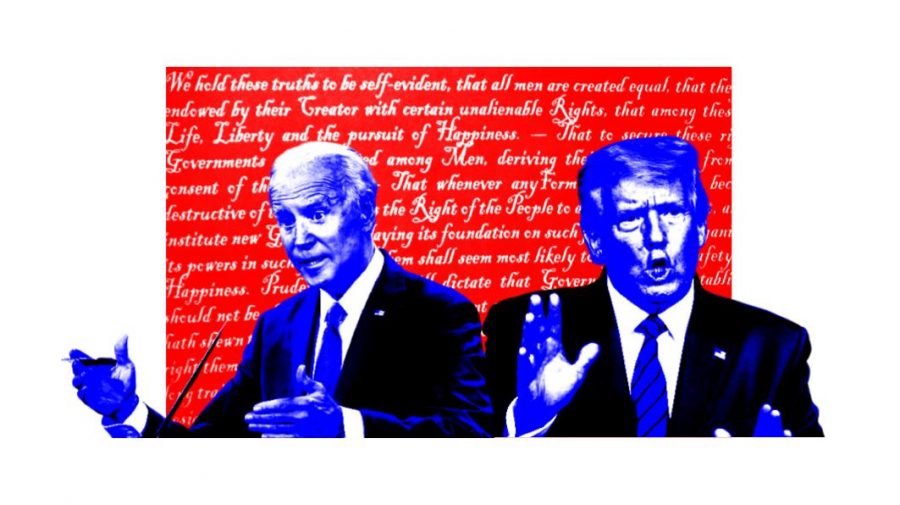 The second and final presidential debate was a rather calm night in stark contrast with the debacle put on display by the candidates in the first one. After Trump’s battle with COVID-19, and the ensuing cancellation of what was to be the second debate, the evening’s showdown will most likely be the final important public appearance made by either candidate. Despite its relative importance, the lack of fireworks and the absence of constant interrupting and belittling was perhaps the most notable feature of an otherwise mundane night.

The first debate was universally recognized as perhaps the worst presidential debate in the event’s sixty year history. The nationally televised event included an incessant stream of interruptions, made primarily by Donald Trump, as well as Joe Biden, though to a lesser extent. The interruptions made it nearly impossible for any significant policy discussions to take place, which left many undecided voters even more unsure of Trump and his capabilities as president. Nolan Tracy ’21 commented, “I didn’t find it helpful at all. I was extremely disappointed, but not surprised.”

The debate included Trump making disparaging remarks on the intellectual capability and academic background of Biden, as well as refusing to agree to a peaceful transition of power. However, possibly the most controversial of his statements was his call to white supremacist groups, such as the Proud Boys, to “stand back, and stand by.” This comment was seen by many as an indefensible line, especially in light of Trump’s history of racially insensitive remarks, including his infamous “very fine people on both sides” statement after the Charlottesville protests. CNN’s Jake Tapper perhaps characterized the debate best, as “a hot mess, inside a dumpster fire, inside a trainwreck. That was the worst debate I have ever seen.”

The fact that the disturbances were mostly caused by Donald Trump made for a debate that most political pundits believe Biden clearly won. Luke Santos ’21 commented, “[The debate] showed you what [those hoping to oust Trump] have been saying, [that] regardless of policy, and regardless of specific position, the temperament of our president is downright dangerous.”

This chaotic presidential debate juxtaposed the manner and conduct of both candidates in the final debate. The more palatable night in large part can be attributed to the moderator Kristen Welker, as well as the addition of a mute button for the candidate’s opening statements on each issue. Welker made it clear from the start that she would not tolerate either candidate talking over her, while also following up on key points and mischaracterizations made by the speakers. Even Trump recognized her skill, as he was seen mouthing, “You’re good” to Welker after the final statements made by both candidates—a surprising move coming from a man who had insulted Chris Wallace for much of the previous two weeks.

The debate itself was split up into six issues: the COVID-19 pandemic, healthcare, foreign policy and international security, immigration, race relations, and climate change. Although Trump attempted to bring up the recent conspiracy theory about Hunter Biden’s emails mentioned by Rudy Giuliani, the debate largely resembled what presidential debates have been for much of their history—tangible discussions on issues of national importance.

However, the more refined tone of the debate did not keep either candidate from attacking their opponent on their prior records. As has become the centerpiece of his campaign, Biden made it a key point to go after Trump’s handling of the COVID-19 pandemic from the start of the debate. In Biden’s first remark of the entire night, he stated, “200,000 dead. If you hear nothing else I say here tonight, hear this: anyone who is responsible for not taking control, anyone responsible for that many deaths should not remain as President of the United States of America.”

Biden also slammed Trump for his handling of immigration, and Trump’s comment that the undocumented children separated from their parents arms at the border were “so well taken care of.”

However, to many, these claims come at no surprise. Ian Rauh ’21 said, “The validity of Trump’s statements is always questionable, as we can see in the past. We have always had to do research to see whether or not [his statements] are true.”

Conversely, Trump made quite a few attacks on Biden and his previous record, as well as Biden’s political establishment background. He constantly stated his belief that Biden has been in Washington for decades without making a difference: “He was there for forty seven years and he didn’t do it. He was there for Vice President for eight years. He didn’t do anything.”

The president was obviously trying to bring back the energy and sentiments his campaign captured in 2016, as ‘the forgotten man’ elected him—the political outsider—in order to ‘drain the swamp.’ However, it remains to be seen whether or not the strategy will work for a man who has been the president for the last four years—four years riddled with multiple scandals and an impeachment.

Trump’s preparation for the final debate was certainly a much more strategically sound approach. His lines of attack, as well as his much more mannered style are certain to win him over some African American voters, as well as some who might have been apprehensive about his temperament. Santos voiced, “I thought last night was very good for Trump. I thought he was able to keep himself together at a level that the American people have not seen nationally since 2016.”

While Trump had a much better performance in his second debate, it is still unlikely that it will be enough to change the tides of the election. The 538 election forecast currently puts Trump’s chances of winning at 10%, which is a sizable difference from the 30% chance he was given by the same site on election day in 2016. Biden’s high poll numbers, as well as the generally negative opinion the nation shares on Trump’s response to the COVID-19 pandemic, all present obstacles in his bid for re-election. And as time is beginning to run out, a single debate that is considered by many a toss-up, will likely not be enough to change the narrative of the election.