A Fraud in the White House 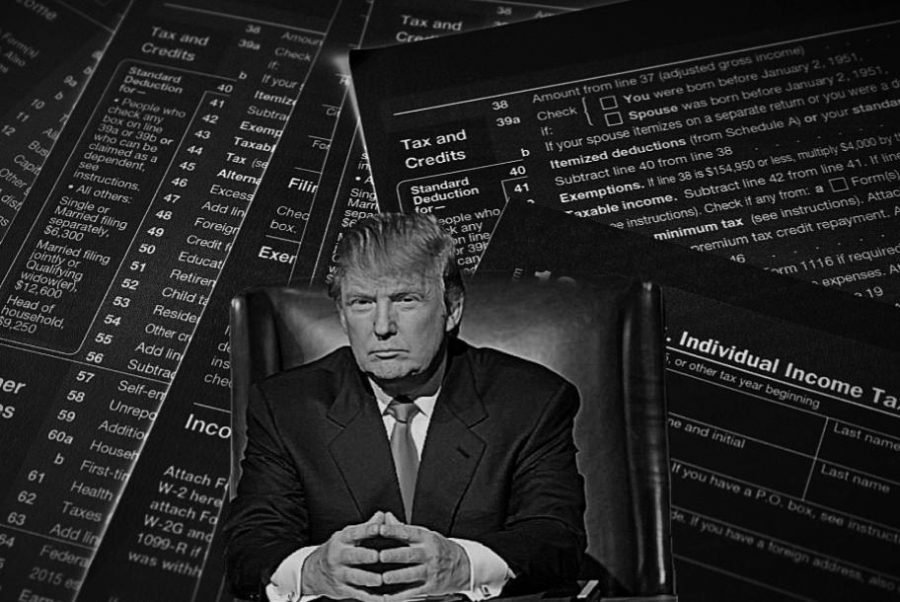 Donald Trump is a desperate man. The New York Times revealed that in 1985, Trump had lost more money from his businesses than any other American taxpayer that year. In his 1995 tax returns, the Times found that he declared over 900 million dollars in losses. This breakout in investigative journalism exposed the truth about Trump’s business abilities by examining his income taxes. For the last four decades (at the very least), Trump has been substantially in the red. The September article states that in 2017, Trump only paid 750 dollars in income taxes, lower than a New Yorker earning $10,000 a year. For 11 of the 18 years (2000-2018) that the Times examined, Trump paid no income taxes at all. Such low tax payments follow substantial business losses, including one resulting in a $72.9 million tax refund he received in 2010. Trump boasts of being a successful businessman worth billions; however, Trump’s taxes show he is a business failure and contradict his claims of great success. Trump is potentially one of the most untrustworthy presidents in American history. His fraudulent and dishonest past points to a theme of self-preservation and panicked greed. If Trump couldn’t successfully maintain and conduct his business, it poses the question of whether he could have succeeded in the first place as president.

While the recent Times article is only one of the many, the shocking losses described show how inept he is at conducting business. Trump’s current legislative bills reflect his great distaste for taxes. He is famously against the idea of taxation, especially on those in the higher tax brackets and large corporations. When Trump enacted the Tax Cuts and Jobs Act, it lowered corporate taxes from 35 to 21 percent. There was no sudden increase in the corporate economy or an increase in America’s prosperity. This recent act leads many to believe that Trump simply passed this bill to benefit himself and those like him who siphon off wealth from failing businesses and are vastly in debt. For example, The New York Times article shows that Trump’s daughter and employee, Ivanka Trump, got paid as a consultant for Trump’s company. This reduced taxes because taxpayers can categorize these types of services as business expense write-offs. However, the legality of such a write-off is highly questionable. When Trump was filming his entrepreneurial reality show, “The Apprentice,” he wrote off over $70,000 for beauty expenses, hair in particular. Although “The Apprentice” was profitable, most of Trump’s primary businesses, including the Mar A Lago hotel, Trump Tower, and his golf courses, run a sizable net deficit.

Even Trump’s facade of being a “self-made billionaire” is a faulty one. According to The New York Times, Trump claims that his father, Fred Trump, gave him an initial one million dollar loan to kick start his business. In reality, the loan was around 413 million dollars. White House Spokesperson Sarah Huckabee Sanders claimed that Trump had paid back this loan. However, this lie speaks to how even the initial funding sourced to start the Trump empire began in deception and exaggeration.

The Times article mentioned earlier found the fact that Trump has personally guaranteed $421 million to banks lending him money even more troubling. This debt puts him at risk of foreign influence, especially when the money is from foreign banks; does this explain his odd behavior toward Russia? A personal guarantee puts personal assets in the line; a requirement banks impose when they do not believe the business is likely to succeed. Over 300 million of that personally-guaranteed money is due in the next three years, so one can only imagine what Trump will do to avoid facing this impending doom.

These tax returns shouldn’t be surprising; Trump has proven to have been dishonest before, during, and after the 2016 election. In the presidential debate in 2016, Trump bragged about not paying his taxes and said, “That makes me smart.” The debts due soon will subject the president to debt collectors for the first time in American history, even the presidency may not protect him. Given Trump’s need for protection from his mounting debt and ability to wield government departments, such as the Department of Justice, his desperation for the presidency makes sense now more than ever. Wealth isn’t Trump’s brand— fraud is.