The 2020 Nobel Prize Winners, One a Cantabridgian 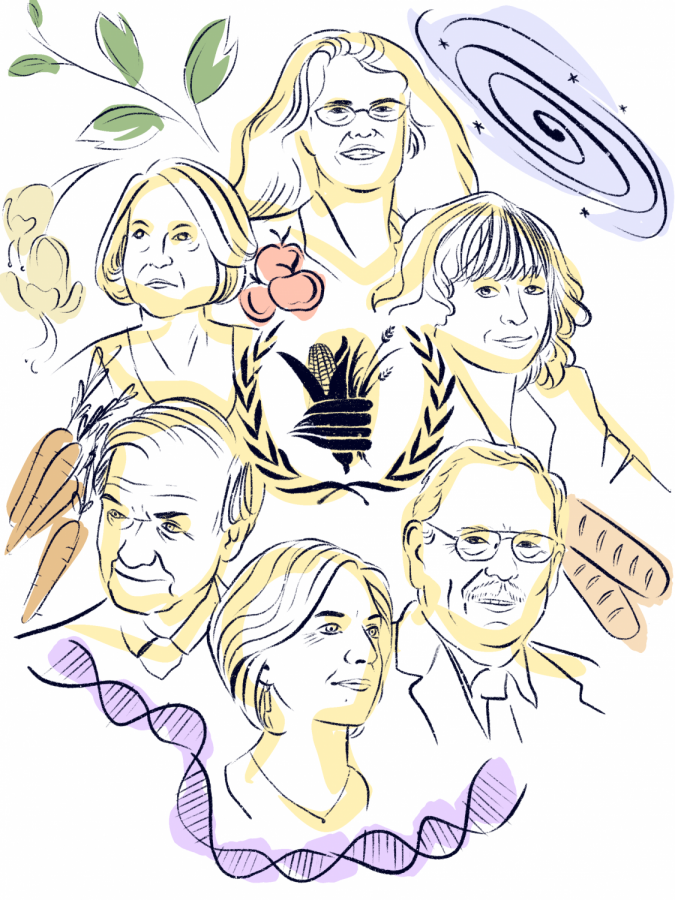 ‘Tis the time of the year again, when the Royal Swedish Academy of Sciences announces the Nobel Laureates, celebrating the various accomplishments and discoveries of people and groups worldwide. Numerous greats have won this award, most notably Albert Einstein, Malala Yousafzai, the Red Cross, and more locally, Dr. Cornell, who attended CRLS in the 1970s and was honored with the Physics prize in 2001. Beginning in 1901, the four following prizes have been awarded to “those who, during the preceding year, have conferred the greatest benefit to humankind,” in the fields of Chemistry, Physics, Peace, and Literature. Despite the pandemic, the Academy of Sciences did not abstain from announcing laureates, and this year’s winners did not fail to meet the high standards set by those of the past.

Chemistry: A Question of Ethics

The Royal Swedish Academy of Sciences awarded the Nobel Prize in Chemistry to Emmanuelle Charpentier and Jennifer Doudna “for the[ir] development of a method for genome editing.” Charpentier and Doudna have discovered and worked on one of gene technology’s sharpest tools: the CRISPR/Cas9 genetic “scissors.” Using these, researchers can change the DNA of animals, plants, and micro-organisms with extreme precision. This technology has had a revolutionary impact on medical sciences, contributing to new cancer therapies and cures for inherited diseases.

The major issue with this tool for rewriting the code of life, as underlined by sophomore Gray Bittker, is that “These tools can be very dangerous if used incorrectly.” Moreover, Bittker added that “it is currently not ethical to edit the human genome in any way, shape or form even if it prevents diseases or gives us advantages over other organisms. There is a reason why the process of natural selection exists, and it would be irresponsible of us to risk the future of human evolution for short-term benefits to our longevity or survival.” Whether pro and con, it is unquestionable that these genetic scissors have taken the life sciences into a new epoch and, in many ways, are bringing humankind into a new era of research and immunology.

Physics: Black Holes and one of our Universe’s Darkest Secrets

The 2020 Physics award was split in a peculiar manner. Roger Penrose, from the University of Oxford, was awarded a half, while Reinhard Genzel and Andrea Ghez of UC Berkeley were awarded the other half. Penrose proved that Einstein’s general theory of relativity leads to the formation of black holes, while Genzel and Ghez discovered that an invisible and extremely heavy object governs the orbits of stars at the center of our galaxy. A supermassive black hole is the only currently known explanation. This year’s physics laureates were all connected with one of the most exotic phenomena in the universe: the black hole. As expressed by astronomy club leader Sharon Bosco ’22, “Black holes [are] as fascinating and mystifying as they are terrifying.”

Penrose’s groundbreaking article is regarded as the most important contribution to the general theory of relativity since Einstein. Bosco added that “It is interesting to think about how these destructive giants—defying all natural laws—that have seemed so distant, are in actuality [at] the center of our galaxy and govern the orbit of stars.”

Peace: An Emphasis On World Hunger

The World Food Programme (WFP)—the 2020 Laureate—is the world’s largest humanitarian organization addressing hunger and promoting food security. In 2019, the WFP provided assistance to close to 135 million people in 88 countries who are victims of acute food insecurity and hunger. In 2015, eradicating hunger was adopted as one of the United Nations (UN) Sustainable Development Goals. The WFP is the UN’s primary instrument for realizing this goal.

The coronavirus pandemic has contributed to a strong upsurge in the number of victims of hunger in the world. In countries such as Nigeria, South Sudan, Yemen, the Democratic Republic of Congo, and Burkina Faso, the combination of violent conflict and the pandemic has led to a dramatic rise in the number of people living on the brink of starvation. In the face of the pandemic, the WFP has demonstrated an impressive ability to intensify its efforts. As the organization itself has stated, “Until the day we have a medical vaccine, food is the best vaccine against chaos.”

A local connection to the work done by the WFP is CRLS’s Club 4. Both organizations work on eradicating hunger, just in two different settings. Gonzalo Anyosa-Galvez ’21, leader of Club 4, said,  “What people tend to forget is that world hunger is not just a series of numbers, but it is much more than that. It is about human lives, and connecting with them and understanding.”

Literature: Quietly Making an Impact from Her Home in Cambridge

Finally, the last Nobel Laureate is a current Cantabrigian. None other than Louise Glück. Glück is an American autobiographical poet; her work is known for its emotional intensity and for frequently drawing on myth, history, or nature to meditate on personal experiences and modern life. Thematically, her poems have illuminated aspects of trauma, desire, and nature, playing a crucial role in her earning the Nobel “for her unmistakable poetic voice that with austere beauty makes individual existence universal.” Quite often, the literature Nobel is written-off as the least impactful due to the fact that it does not directly impact the world with tangible evidence, numbers, or elements. Literature as a whole is a very subjective topic, but it can have a great impact on people, which is one of the reasons why CRLS students must take an English class every year. Along these lines, Ms. Jessica Hatlen—a 9th grade English teacher at CRLS—argues, “Poetry should be taught at every grade level because all students should have the opportunity to read and make their own interpretations.”

Looking into the future, it is very hard to tell who and under what circumstances will the 2021 Nobel Laureates be. Perhaps, the researchers that find a vaccine for COVID-19, or maybe someone/thing completely different; it is very hard to tell what our world will look like in 2021. But one thing is for sure, much progress has been made, and much more is yet to come in the sciences, the arts, and world peace.