A Recap of the 2020 Boston Celtics Season 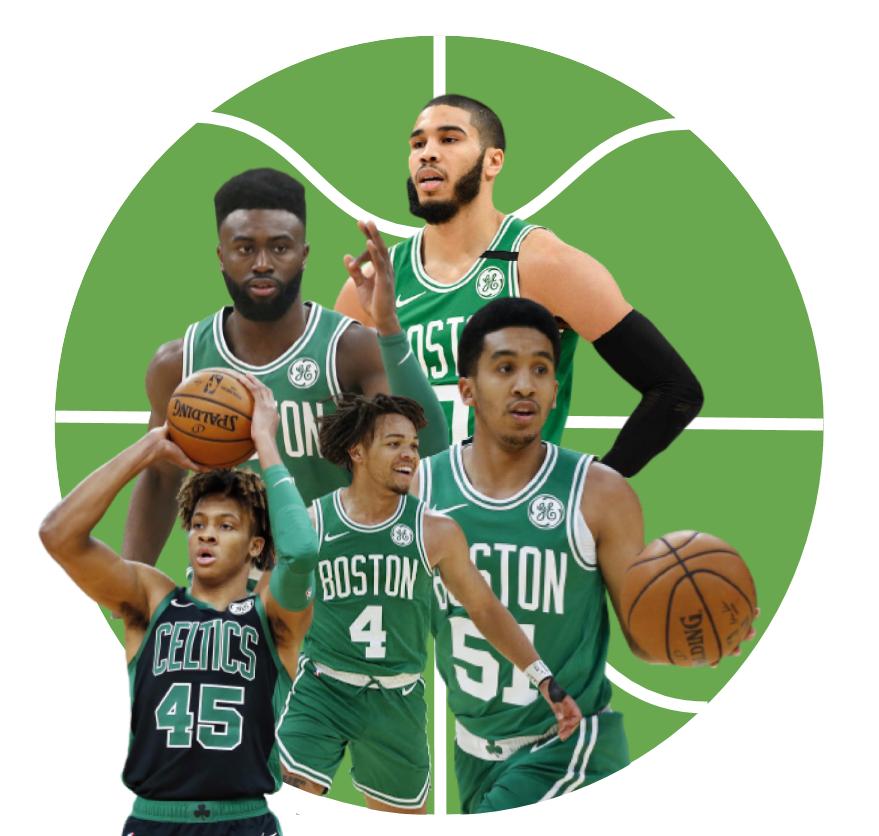 In the midst of a pandemic, the reviving Boston Celtics made a deep playoff run in 2020, marking the start of the “Tatum and Brown era” for Boston. The roots of the season were seeded roughly a year ago when the Kyrie Irving-led Celtics failed to meet expectations with a five game divisional series loss to the Milwaukee Bucks. Following the end of the season, rumors began swirling around about the future of the roster. Supposed chemistry issues between star point guard Kyrie Irving and the team’s young core, most notably Jayson Tatum and Jaylen Brown, became publicly apparent. With Irving set to become a free-agent, and Pelicans superstar Anthony Davis on the trade market, Boston’s future was in question. Resisting the option of a roster led by Irving and Davis, Celtics general manager Danny Ainge decided to let Irving walk and instead bring in Kemba Walker from the Charlotte Hornets to play a more complementary role for Tatum and Brown. With this young duo, now the centerpiece of the roster, the pressure was on for them to take the next leap in their development.

Jayson Tatum, a young forward, cemented his status as one of the top competitors in the league with his late season and postseason play. Tatum earned his first all-star appearance and an all NBA third team selection, en route to averaging 23.4 points per game. Once the postseason rolled around, Tatum took his game up a notch, averaging 25.7 points, ten rebounds, and five assists per game, leaving him tied for second with Lebron James in all time playoff points before the age of 23.

Next to Tatum, Jaylen Brown was one of the NBA’s most improved players in 2020. The 23 year old wing increased his points per game from 13.0 to 20.3, his assists per game from 1.4 to 2.1, and his rebounds per game from 4.2 to 6.4. Despite coming just short of an all-star appearance, Brown looks to be an all-star in the future as he continues to improve his offensive game. It may seem like Tatum and Brown were completely running the show in Boston, but there was a third 20+ points per game scorer, Kemba Walker. Even though he may not have fully supplanted the volume of Irving, by playing a less ball-dominant role in the offense, Walker boosted the overall efficiency of the unit by allowing the aforementioned Tatum and Brown duo to emerge.

One of the major weaknesses of the 2020 Celtics was defense at the center position. All season, Boston struggled to contain opposing bigs such as Joel Embiid, Bam Adebayo, and Anthony Davis. In the first round of the playoffs, Joel Embiid, of the Philadelphia 76ers, had his way in the interior averaging 30 points and 9.5 rebounds per game over the series. This weakness would prove to be fatal two rounds later when Bam Adebayo and the Miami Heat dominated the interior in a disappointing six games for the Celtics. To improve the position, Danny Ainge could trust that the athletic but raw Robert Williams will develop greater defensive IQ, which would be a fiscally conservative but risky decision to make. Ainge might look to free agency where the possibility of a reunion with Aron Baynes looms. Finally, the 2020 draft presents an opportunity to select or trade up to select a defensive big with one of their three first round picks (14, 26, 30).

Another major struggle in 2020 was the lack of scoring depth off the bench, especially at the back up point guard position. This weakness was exposed in the Eastern Conference Finals against the Heat, when Boston blew multiple double digit leads as the bench failed to produce on offense. Boston already has several young pieces who could develop into a consistent role off the bench. First, 2020 rookie Romeo Langford is only two injury plagued years away from being one of the top recruits in the nation. Langford has already shown flashes of defense and scoring ability, but it has yet to be seen if he can reach his potential. In addition to Langford, 2020 G-league MVP Tremont Waters and former March Madness star Carsen Edwards both have the ability to develop into solid options for Boston at the point guard position, but neither of them have made significant contributions thus far in their careers. If the Celtics were to make a finals run now, it would be wiser to target established talent over the offseason, as banking on the development of the three second year players or relying on a rookie could prove risky.

The Celtics finished 2020 in great shape. The end of the season may hurt for most Celtics fans, but the team looks to be a perennial contender for years to come with arguably the best young duo in the league and a dearth of fresh talent and draft picks.