Club Sports Attempt a Return in the Time of COVID-19 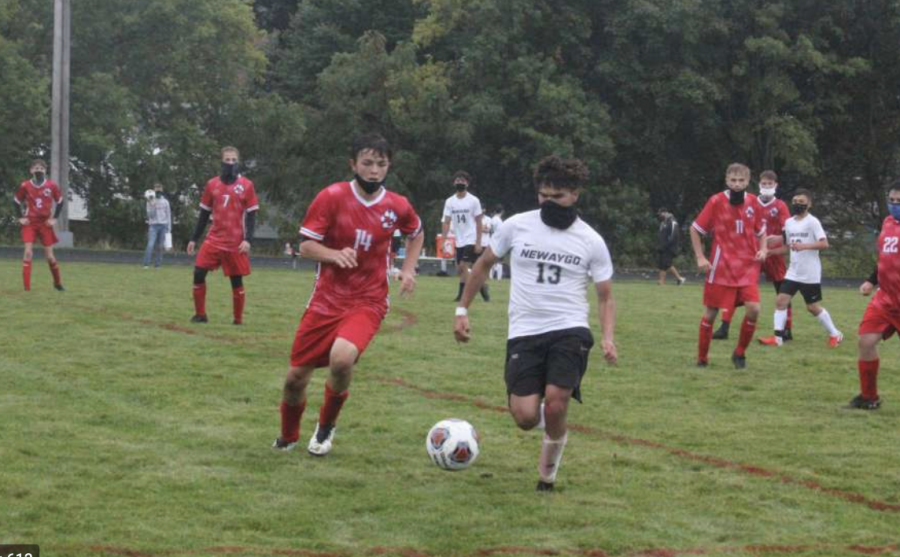 On September 3rd, Cambridge Public Schools’ (CPS) school committee voted to approve the return of high school athletics at CRLS with strict regulations. Since the beginning of the summer, youth and club sports across the country have already begun their reopening protocols.

In March, when the country was just beginning to reckon with the immense danger that COVID-19 presented, youth, club, and high school sports across the country were postponed, and put on hold for months. For many teenagers and children, sports are a huge part of their lifestyle and character, and the cancellation of senior year seasons and “what could have been” clearly impacted these people.

The cancellations have also impacted recruitment prospects for many burgeoning student athletes. When asked about the emotional toll of losing his season, Akale Assayehgen ’21 said, “Yeah, it sucks because a lot of coaches want to see me play live. [The shutdown] affects you because when you are getting compared to kids at a higher club level than you, obviously [coaches] are going to go for them.”

A survey done by the University of Wisconsin even reported that two thirds of high school student athletes reported feeling depression and anxiety during the pandemic and the cancellation of seasons. Steve Rizzo, 3rd Vice President of Massachusetts Youth Hockey (MYH) as well as the USA Hockey Director Representative for Massachusetts, referenced this study and the immense weight cancellation had upon student athletes’ mental health as reason for return protocols being organized as quickly as possible.

According to Rizzo, talks of the impact of COVID-19 on MYH immediately began after the halt of play in April, with discussion at first surrounding the financial implications of youth hockey not being played for months. The statewide losses that MYH ended up reporting to Charlie Baker’s office were over one billion dollars according to Rizzo, and it necessitated immediate action.

After determining the exact financial impact on youth sports entities across the state, talks shifted to the idea of return to play in mid-May. Immediately, the first issue that involved intensive discussion was how to return to play safely and with the correct guidelines.

The Board members of MYH, Rizzo included, were incorporated into a statewide intra-sport task force on determining the safest way to return. Rizzo told the Register Forum, “The epidemiologists along with the governor’s office and staff created guidelines that were general—that could cover all sports, [and] then asked each sport to create their own sport specific guidelines.”

“[These protocols] were all being decided by epidemiologists that work for the state [and made to prevent] any kind of spit particles being transmitted back and forth because that was what the epidemiologists said was the absolute worst thing that could happen,” Rizzo continued. These sport-wide guidelines were then taken from the governor’s office and tailored to individual sports through utilization of as much input as possible.

For MYH, one of the most important features that allowed for hockey to begin competition again is the incredible amount of protective equipment hockey players wear on ice—something seen as quite significant to doctors.

After about a few weeks to a month, restrictions and sports specific protocols were finalized—but this has taken much longer for other sporting organizations—and many sports were allowed to begin holding practice.

However, these plans deciding return-to-play protocols for club sports have been seemingly easier to finalize than for the Massachusetts Interscholastic Athletic Association (MIAA) because of youth organizations’ greater flexibility. For example, MYH was able to be more malleable in banning hitting than any high school league will be—where checking is a crucial part of the game.

The reaction to the return of sports across the state has been largely positive, yet there still remain many who have found the protocols and safety guidelines to be aggravating at times. Assayehgen commented, “Every time there was a practice last year, there was always some sort of excitement before I played soccer, but now with all of these rules, I am not as excited.”

Additionally, despite the largely successful return of club sports, there is still great need to stay vigilant and cautious of spikes arising from the reopening. With regards to the return of his club team, Luc Denney ’21 told the Register Forum, “[A player’s girlfriend] had COVID, and then [that player] got COVID, and he gave it to some other kids around our program, so we’re in shutdown right now for the next week because he broke protocol.”

The situation Denney and his teammates find themselves in perfectly exemplifies the total uncertainty surrounding reopening and just how easily things can be thrown into turbulence.

Photo from The Pioneer